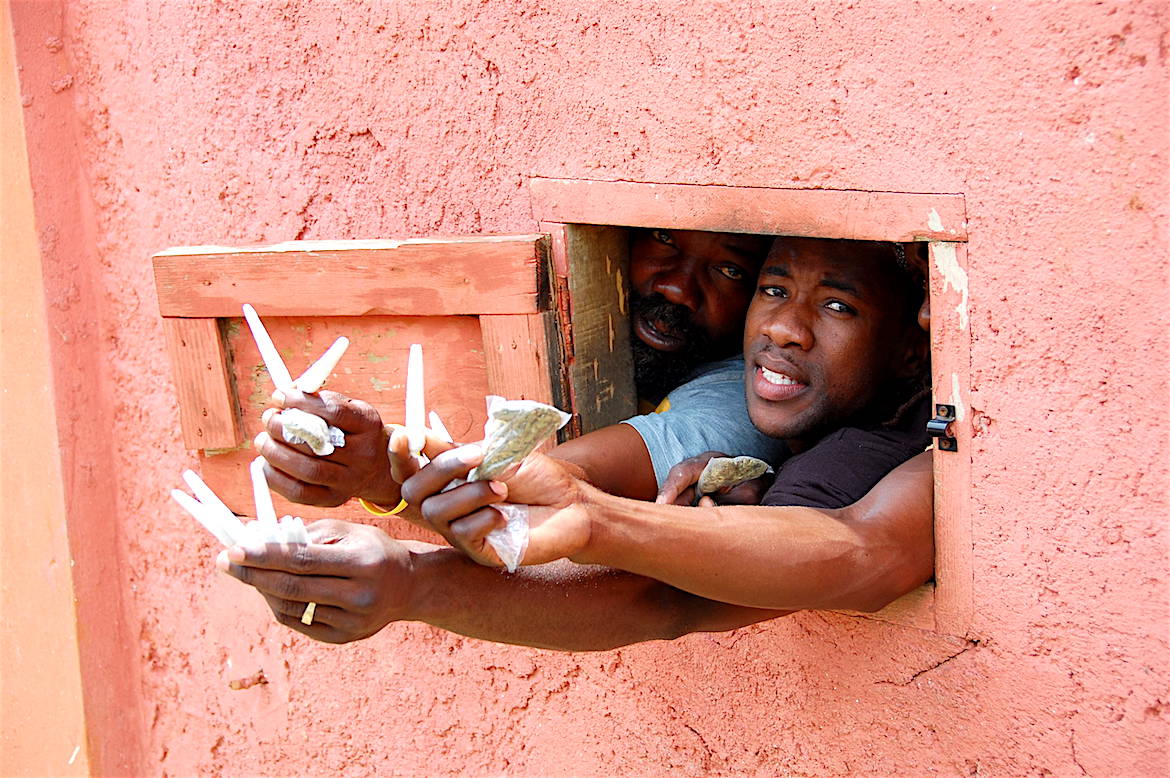 She has lost four sons to gun violence. No one has gone to prison. Do these black lives matter?

BY   Azam Ahmed
PUB   The New York Times [perfectpullquote align=”full” cite=”” link=”” color=”” class=”” size=”16″]Jamaica — Jamaica has long bemoaned its reputation as the land of ganja.[/perfectpullquote]
Phyllis Gray is 53 and tired. Tired of the calls, tired of the funerals, tired of T-shirts with the faces of four dead sons. Tired of no justice.

It has enforced draconian drug laws and spent millions on public education to stem its distinction as a pot mecca. But its role as a major supplier of illicit marijuana to the United States and its international image — led by the likes of Bob Marley, whose Rastafarian faith considers smoking up a religious act — have been too strong to overcome.

“Justice is what I want,” she told me, leaning against the fence outside her apartment building on a leafy street in Southeast Washington, where three young boys — like hers once were — played soccer on the small lawn.

Now, its leaders smell something else: opportunity.

Having watched states like Colorado and California generate billions of dollars from marijuana, Jamaica has decided to embrace its herbaceous brand.

Rather than arresting and shunning the country’s Rasta population, the Jamaican authorities will leverage it. Beyond decriminalizing the possession of small amounts of marijuana last year, Jamaica has legalized the use of medical marijuana, with its ultimate sights set on “wellness tourism” and the font of money it could bring.

Men hold up marijuana at the house of reggae legend Bob Marley. Credit: Patrick Talbert/Flickr
Jamaica
ISLAND COUNTRY, CARIBBEAN
Jamaica is an island country situated in the Caribbean Sea, consisting of the third-largest island of the Greater Antilles. The island, 10,990 square kilometres (4,240 sq mi) in area, lies about 145 kilometres (90 mi) south of Cuba, and 191 kilometres (119 mi) west of Hispaniola, the island containing the nation-states of Haiti and the Dominican Republic. Jamaica is the fourth-largest island country in the Caribbean, by area.
See Also

Inhabited by the indigenous Arawak and Taíno peoples, the island came under Spanish rule following the arrival of Christopher Columbus in 1494. Many of the indigenous people died of disease, and the Spanish imported African slaves as laborers. Named Santiago, it remained a possession of Spain until 1655, when England (later Great Britain) conquered the island and renamed it Jamaica. Under British colonial rule, Jamaica became a leading sugar exporter, with its plantation economy highly dependent on slaves imported from Africa. All slaves were fully emancipated in 1838 and many freedmen chose to have subsistence farms rather than work on plantations. Beginning in the 1840s, the British imported Chinese and Indian indentured labour to work on plantations. The island achieved independence from the United Kingdom on 6 August 1962.

With 2.8 million people, Jamaica is the third-most populous Anglophone country in the Americas (after the United States and Canada), and the fourth-most populous country in the Caribbean. Kingston is the country’s capital and largest city, with a population of 937,700. Jamaicans are of predominately African descent, with significant European, Chinese, Hakka, Indian, and mixed-race minorities. Due to a high rate of emigration for work since the 1960s, Jamaica has a large diaspora around the world, particularly in Canada, the United Kingdom, and the United States.