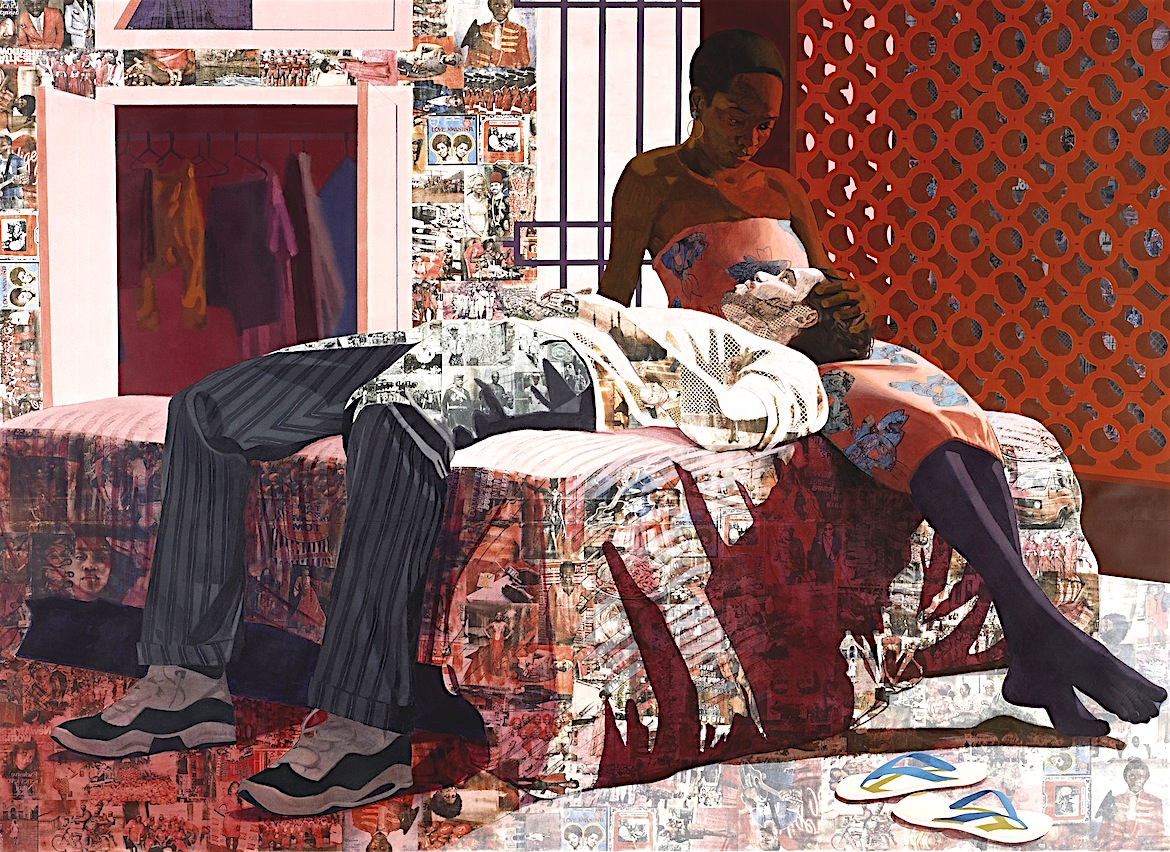 BY   Ari Berman
PUB   The Nation

Njideka Akunyili Crosby was 16 before she took her first art class. She talks about why most of the figures in her paintings appear to be doing nothing at all, Mean Girls at Yale, and the debt she owes Harlem’s Studio Museum

Njideka Akunyili Crosby is walking around the Victoria Miro gallery in east London, calmly examining her paintings. The collaged pictures of herself and her family lie on the floor, waiting to be hung; she brought the last two in her own luggage from Los Angeles, having stayed up all night before the flight to finish them.

She is seven months pregnant with her first baby, though you would barely notice. “People in LA say, ‘what’s your birth plan’, and I’m like, ‘I don’t know!’ My whole mind has just been on this show,” she says, her laughter resonating around the vast white room. She adds that, being from Nigeria, the whole fuss around pregnancy in California seems a little unnecessary. “I’m from the village,” she says, wryly, “and women there seem to give birth just fine without all this stuff.”

Before Now After Mama Mummy and Mamma. Njideka Akunyili Crosby

Njideka Akunyili Crosby
Nigeria
THE FEDERAL REPUBLIC OF NIGERIA, OFFICIALLY
Nigeria is a federal constitutional republic in West Africa, bordering Benin in the west, Chad and Cameroon in the east, and Niger in the north. Its coast in the south lies on the Gulf of Guinea in the Atlantic Ocean. It comprises 36 states and the Federal Capital Territory, where the capital, Abuja is located. Nigeria is officially a democratic secular country.