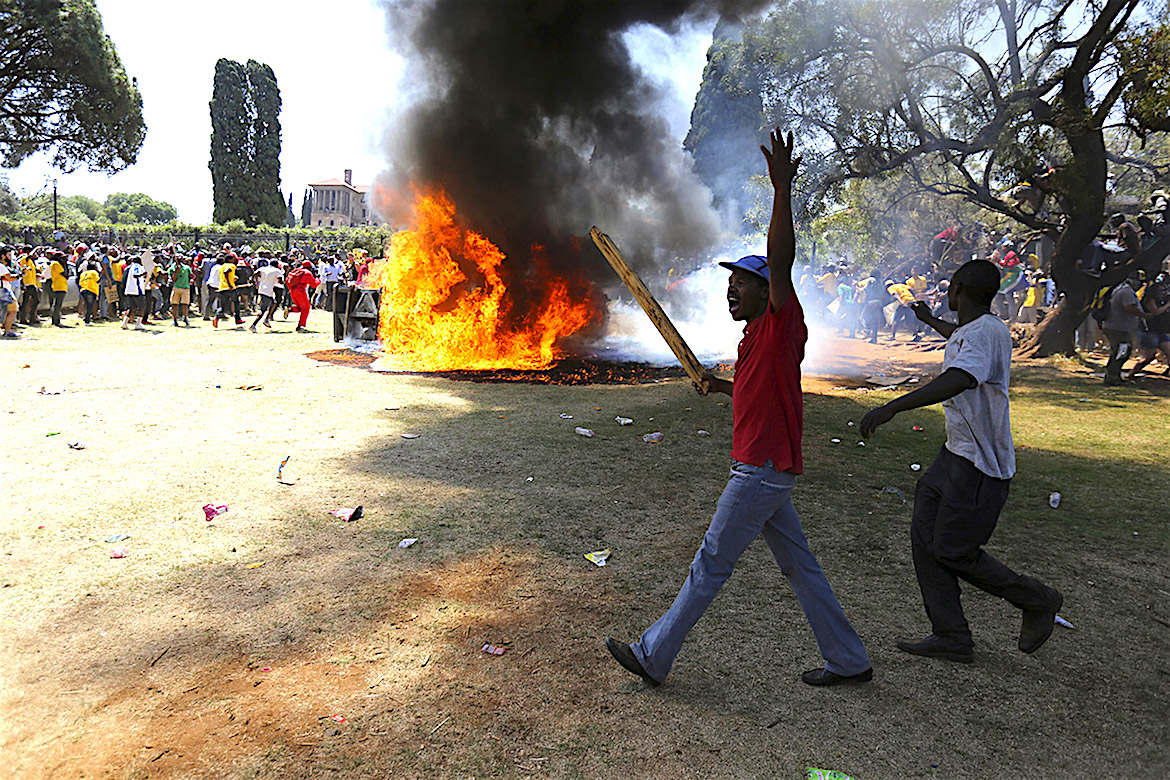 A Social-Justice Agenda for Community College

BY   Matt Vasilogambros
PUB   The Atlantic [perfectpullquote align=”full” cite=”” link=”” color=”” class=”” size=”16″]Students have demonstrated across the country for the last 10 days as fees are set to increase.[/perfectpullquote]
Police in South Africa fired rubber bullets at students Wednesday, as protests over tuition increases turned into violent clashes.

University of Johannesburg students attempt to enter the campus during a protest against fee hikes. Mujahid Safodien/AFP

A demonstrator carrying a tyre gestures towards the photographer during a protest over planned increases in tuition fees outside the Union Buildings in Pretoria. Siphiwe Sibeko/Reuters


The university had an enrolment of over 8,000 students in the 2015 academic year, of whom just over 3,600 lived in 51 residences on campus, with the rest (known as Oppidans) taking residence in digs (off-campus residences) or in their own homes in the town.