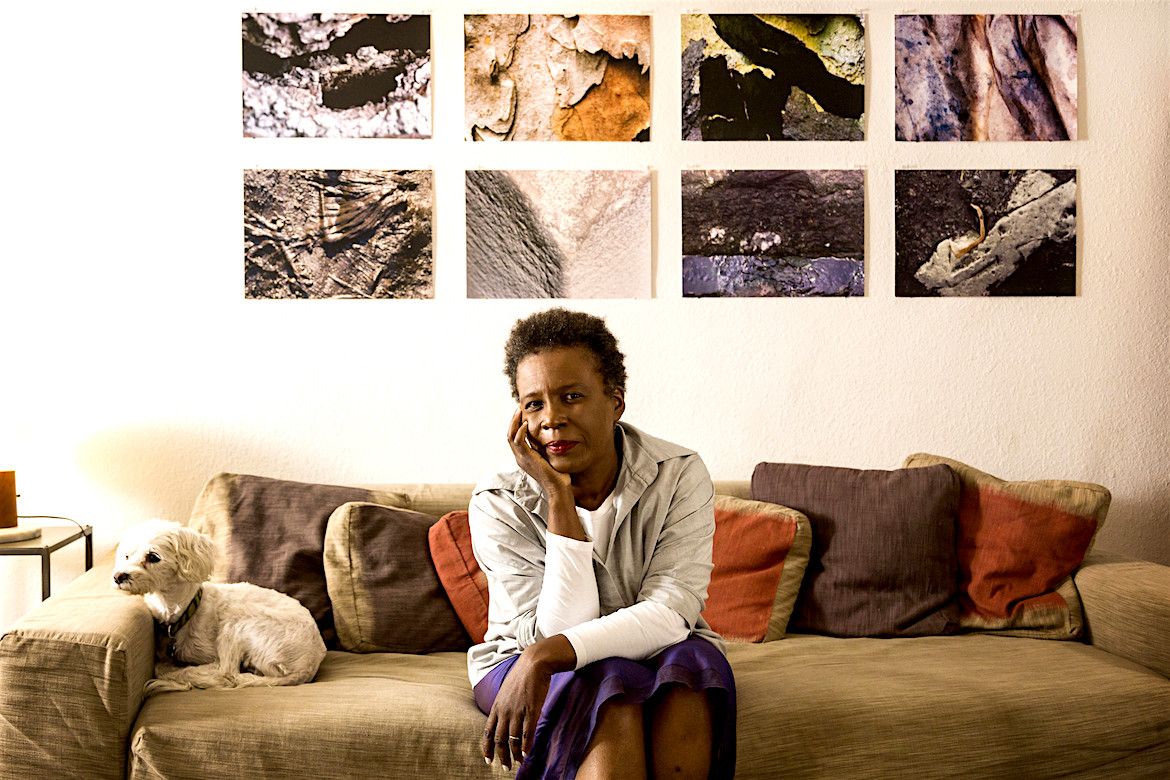 BY   Rebecca Carroll
PUB   The Guardian [perfectpullquote align=”full” cite=”” link=”” color=”” class=”” size=”16″]Poet Claudia Rankine’s ‘genius grant’ win is a victory for African Americans. But there’s something devastating about the context in which it was awarded[/perfectpullquote]
Black Americans are in challenging, critical times. We matter enough to sell out concert stadiums and win prestigious awards touting our intellectual prowess – as Claudia Rankine did this week, when she won the MacArthur genius grant. But we don’t matter enough to keep us from being murdered by the police. There is something devastatingly perverse about that fact.

Claudia Rankine’s win is one of the best things to happen to black folks in 2016. Her award, along with those of her fellow black recipients in this year’s MacArthur crop – the art historian and curator Kellie Jones, the film-maker Barry Jacobs-Jenkins and the sculptor Joyce Scott – signals a moment of nationwide reckoning. It is also a reminder that we cannot – and will not – stand for the routine violence or the default dehumanization of black bodies.

Rankine is not just seeking to shift the cultural dialogue, although that is important too. She is “trying to change the discourse of black people being equated with criminality and murdered inside a culture where white fear has justified the continued incarceration, murder of blacks and other people of color”.

MacArthur Fellowship
PRIVATE FOUNDATION, U.S.
The John D. and Catherine T. MacArthur Foundation supports creative people, effective institutions, and influential networks building a more just, verdant, and peaceful world. MacArthur is placing a few big bets that truly significant progress is possible on some of the world’s most pressing social challenges, including over-incarceration, global climate change, nuclear risk, and significantly increasing financial capital for the social sector. In addition to the MacArthur Fellows Program, the Foundation continues its historic commitments to the role of journalism in a responsible and responsive democracy; the strength and vitality of our headquarters city, Chicago; and generating new knowledge about critical issues.


MacArthur is one of the nation’s largest independent foundations. Organizations supported by the Foundation work in about 50 countries. In addition to Chicago, MacArthur has offices in India, Mexico, and Nigeria.