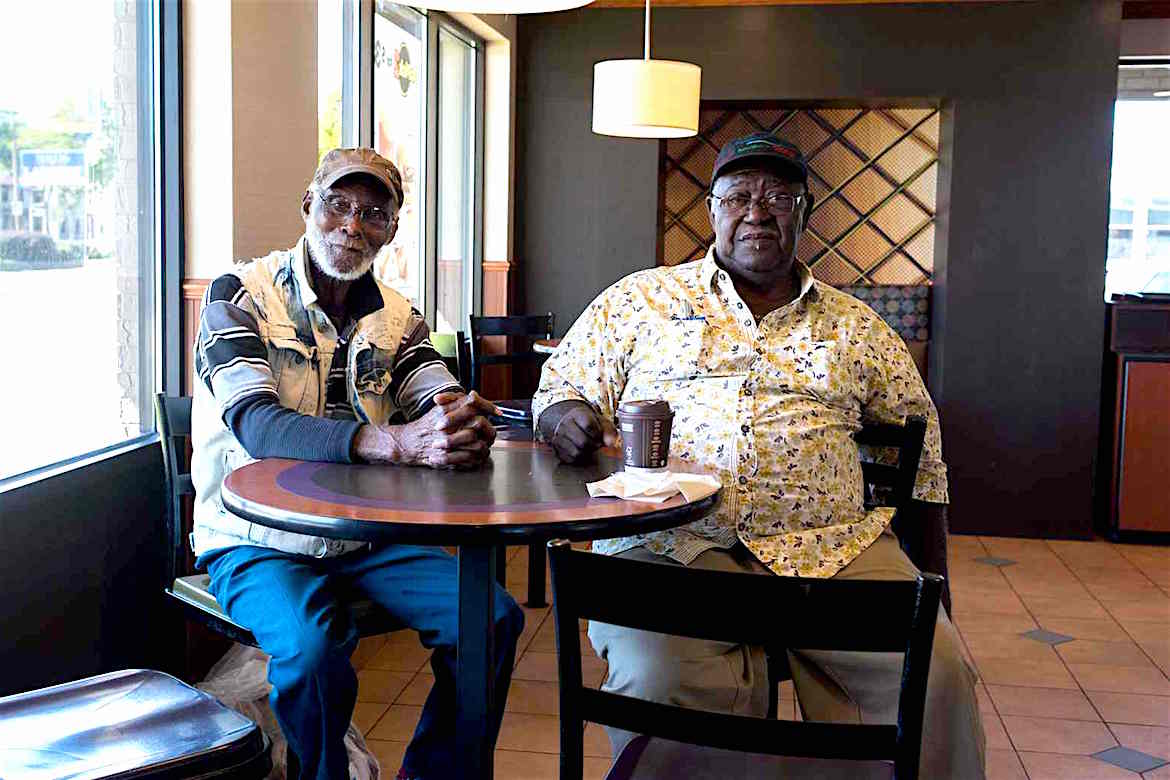 ‘Allowing America to Confront Its Tortured Racial Past’

BY   Chris Arnade
PUB   The Guardian [/two_fifth][three_fifth_last padding=”0 0px 0 10px”][perfectpullquote align=”full” cite=”” link=”” color=”” class=”” size=”16″]Photographer and writer Chris Arnade spent a week in one of the most segregated neighborhoods in Milwaukee, where 23-year-old Sylville Smith was shot by the police last August. Residents had a lot to say[/perfectpullquote]
It seemed too nice a place – houses too well kept, too many families out enjoying the late summer day – to have someone tell me my life was in imminent danger. But then again, I was a white outsider “acting suspicious” in Park West, an all-black Milwaukee neighborhood with a long history of being ostracized, humiliated and discriminated against by white people.

As I walked down the residential block, I was approached by two young men whose voices tangled into one. “You got some balls coming around here. What you want? You in danger. Big danger. People get shot here regularly. Hell, someone probably already done put a hit on you.”

The rest of the neighborhood took notice. Kids still dressed in Catholic school uniforms ran toward us and parents descended from porches, circling me in a scrum of questions and accusations.

“My child saw you earlier looking at the memorial of that murdered boy.”

“Why did you drive by so slowly, then look me straight in the eye, then come back five minutes later?”

“You got an accent, just like the new cops they are using have.”

Chanel Baney, 18, says she was harassed by police officers when she was 16. Photograph: Chris Arnade for The Guardian

Sabrina Clark: ‘We have to watch out ourselves.’ Photograph: Chris Arnade for The Guardian

Fred Holloway: ‘Is there racism here? Shiiiiiiiiiit.’ Photograph: Chris Arnade for The Guardian

Winston Williams, left, and his friend Henry Trablers. Photograph: Chris Arnade for The Guardian
[two_fifth padding=”0 25px 0 10px”]Milwaukee
AMERICAN CITY, STATE OF WISCONSIN[/two_fifth][three_fifth_last padding=”0 0px 0 10px”]Milwaukee is the largest city in the state of Wisconsin and the fifth-largest city in the Midwestern United States. The county seat of Milwaukee County, it is on Lake Michigan’s western shore. According to the 2010 census, Milwaukee has a population of 594,833. Milwaukee is the main cultural and economic center of the Milwaukee–Racine–Waukesha Metropolitan Area with a population of 2,043,904 as of an official 2014 estimate.
See Also

The first Europeans to pass through the area were French Catholic missionaries and fur traders. In 1818, the French Canadian explorer Solomon Juneau settled in the area, and in 1846 Juneau’s town combined with two neighboring towns to incorporate as the City of Milwaukee. Large numbers of German immigrants helped increase the city’s population during the 1840s, with Poles and other immigrants arriving in the following decades.

Known for its brewing traditions, major new additions to the city include the Milwaukee Riverwalk, the Wisconsin Center, Miller Park, an expansion to the Milwaukee Art Museum, Milwaukee Repertory Theater, and Pier Wisconsin, as well as major renovations to the UW–Milwaukee Panther Arena and the planned Milwaukee Bucks Arena, scheduled to open in 2018. In addition, many new skyscrapers, condos, lofts and apartments have been built in neighborhoods on and near the lakefront and riverbanks.