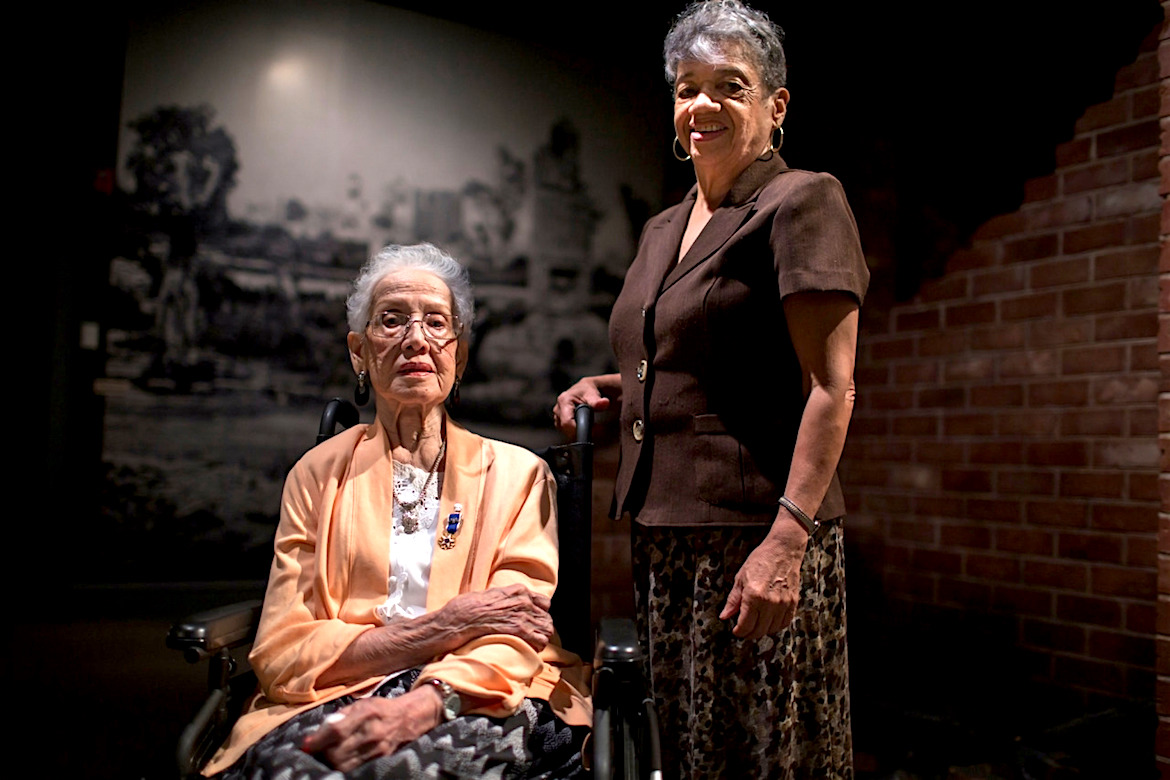 Report: African Americans Have Been ‘Locked Out’ of Home Ownership

BY   Cara Buckley
PUB   The New York Times [/two_fifth][three_fifth_last padding=”0 0px 0 10px”][perfectpullquote align=”full” cite=”” link=”” color=”” class=”” size=”16″]Growing up here in the 1970s, in the shadow of Langley Research Center, where workers helped revolutionize air flight and put Americans on the moon, Margot Lee Shetterly had a pretty fixed idea of what scientists looked like: They were middle class, African-American and worked at NASA , like her dad.[/perfectpullquote]
It would be years before she learned that this was far from the American norm. And that many women in her hometown defied convention, too, by having vibrant, and by most standards, unusual careers.

Black and female, dozens had worked at the space agency as mathematicians, often under Jim Crow laws, calculating crucial trajectories for rockets while being segregated from their white counterparts. For decades, as the space race made heroes out of lantern-jawed astronauts, the stories of those women went largely untold.

Four of them are the subjects of Ms. Shetterly’s first book, “Hidden Figures,” a history being released on Tuesday by William Morrow. The book garnered an early burst of attention because its movie version , starring Taraji P. Henson, Octavia Spencer and Janelle Monáe, is scheduled for a year-end release and set for an Oscars run. The movie rights were snapped up weeks after Ms. Shetterly sold her book proposal in 2014, and well before she started writing the book in earnest, a disorientingly fast, if exhilarating, turn.

NASA research mathematician Katherine Johnson is photographed at her desk at NASA Langley Research Center with a globe, or “Celestial Training Device.”


Margot Lee Shetterly was born in Hampton, Virginia in 1969. Her father worked as a research scientist at NASA-Langley Research Center, and her mother was an English professor at Hampton University. She attended Phoebus High School and graduated from the University of Virginia’s McIntire School of Commerce.

After college, she moved to New York and worked several years in investment banking, first on the Foreign Exchange trading desk at J.P. Morgan, then on Merrill Lynch’s Fixed Income Capital Markets desk. She then made the transition to the media industry, working at a variety of startup ventures including the HBO-funded website Volume.com.

In 2005, she and her husband, the writer Aran Shetterly, moved to Mexico to found an English-language magazine called Inside Mexico, for expats, which operated until 2009.

From 2010 through 2013, they worked as content marketing and editorial consultants to the Mexican tourism industry.

Shetterly began researching and writing Hidden Figures in 2010. In 2014, the rights to the book were sold to William Morrow, an imprint of HarperCollins, and optioned by Donna Gigliotti of Levantine Films. The Fox 2000 film stars Taraji P. Henson, Octavia Spencer, Janelle Monáe, and Kevin Costner.

In 2013, she founded The Human Computer Project, an organization whose mission is to archive the work of all of the women who worked as computers and mathematicians in the early days of the National Advisory Committee for Aeronautics (NACA) and the National Aeronautics and Space Administration (NASA).