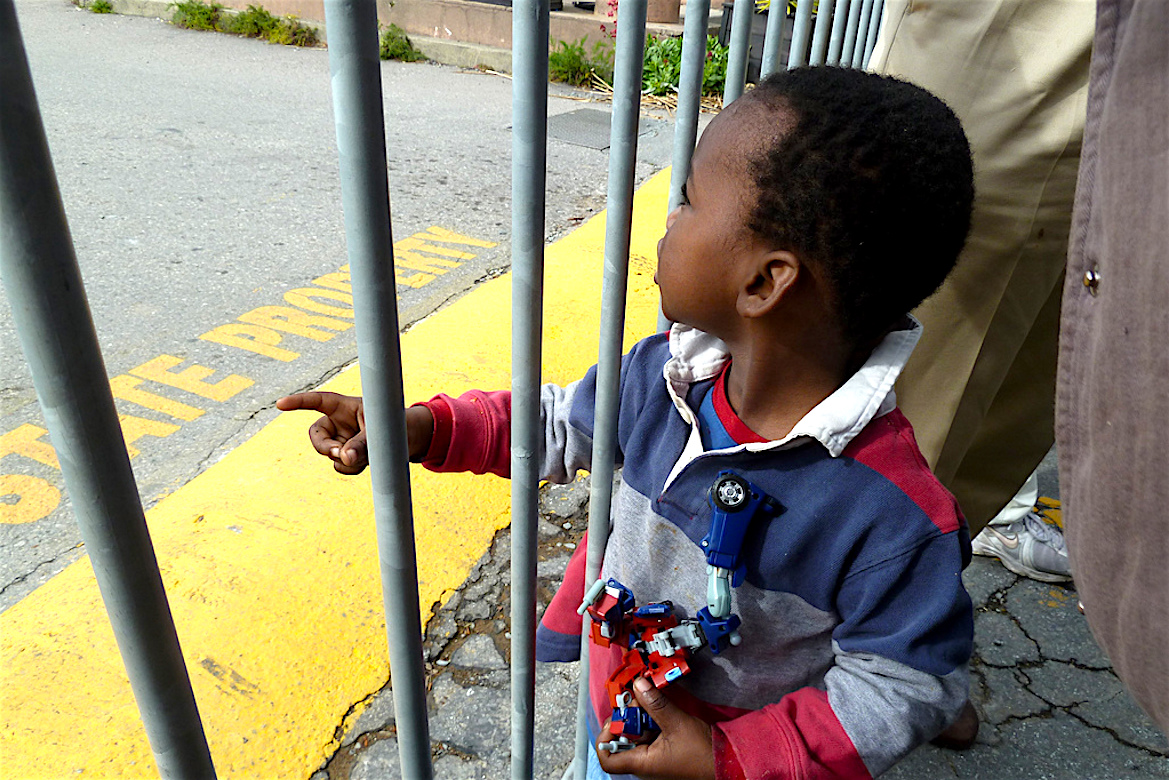 BY   Madasyn Czebiniak
PUB   The Philadelphia Tribune [/two_fifth][three_fifth_last padding=”0 0px 0 10px”][perfectpullquote align=”full” cite=”” link=”” color=”” class=”” size=”16″]Kayla Bowyer was 3 months old when her mother went to jail. Her 45-year-old grandmother took care of her, and Bowyer lived with “Grams” until she was 18.[/perfectpullquote]
Bowyer’s mom, Rose Bowyer, was a crack cocaine addict. She was locked up multiple times during her daughter’s childhood. Kayla Bowyer had a hard time with her mom’s absence.

“My grandmother told me that I would sit and cry, just stare out of the window and cry for hours whenever she would leave,” said Bowyer, 27. “It was really hard because every time I saw her leave, I never knew when she was coming back.”

When Bowyer was 14, her aunt introduced her to Amachi Pittsburgh, a nonprofit that provides mentors to children with incarcerated parents. Bowyer’s mentor of three years was a woman named Yolanda.

The two played board games, talked and went on walks. Yolanda even took Bowyer to her first fancy restaurant.

[two_fifth padding=”0 25px 0 10px”]Allegheny County
COUNTY, U.S. STATE OF PENNSYLVANIA[/two_fifth][three_fifth_last padding=”0 0px 0 10px”]Allegheny County is a county in the southwestern part of the U.S. state of Pennsylvania. As of 2014 the population was 1,231,225, making it the second-most populous county in Pennsylvania, following Philadelphia County. The county seat is Pittsburgh. Allegheny County is included in the Pittsburgh Metropolitan Statistical Area. The county is in the Pittsburgh Designated Market Area.


Allegheny County was the first in Pennsylvania to be given a Native American name, being named after the Allegheny River. The word “Allegheny” is of Lenape origin, with uncertain meaning. It is usually said to mean “fine river”, but sometimes said to refer to an ancient mythical tribe called “Allegewi” that lived along the river long ago before being destroyed by the Lenape.