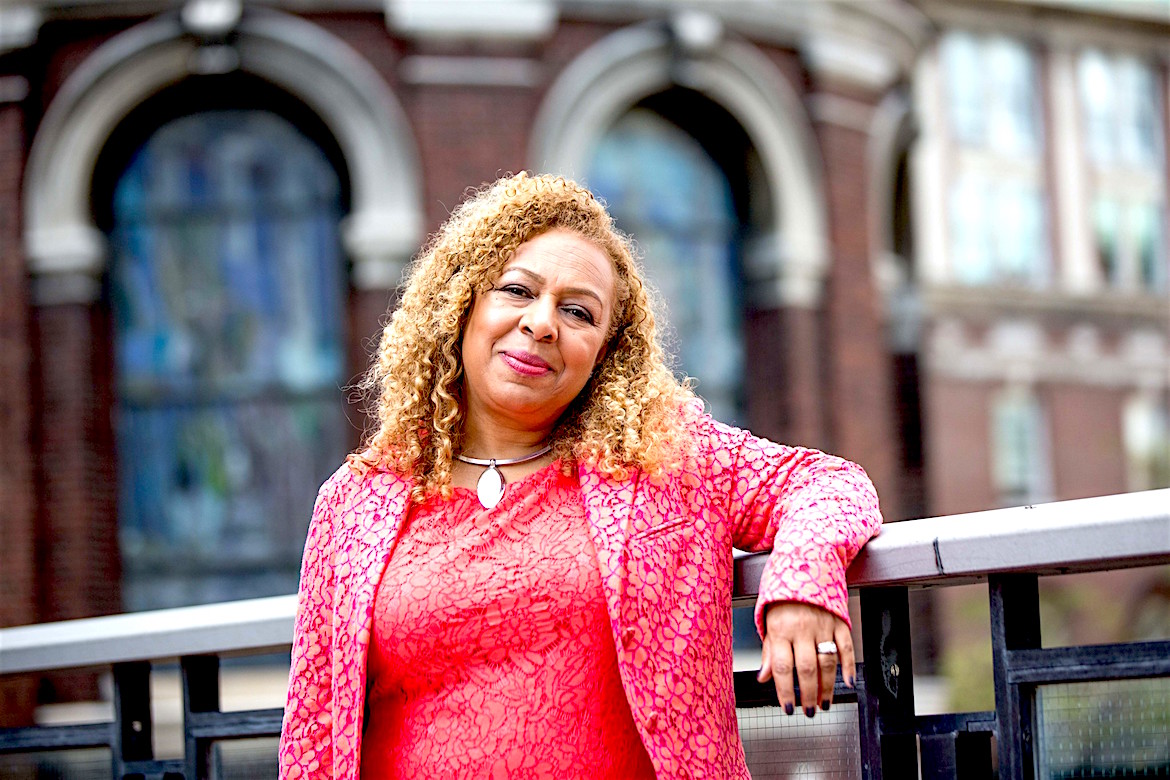 [two_fifth padding=”0 35px 0 10px”]WHAT THIS MACARTHUR WINNER, AN EXPERT IN AFRICAN ART HISTORY, PLANS TO DO WITH HER GRANT

Kellie Jones wants a new desk. That was the first thing the art historian and curator decided she would buy with the grant she will receive as one of 23 MacArthur Fellowship recipients announced Wednesday night.

Jones’ focus has been African American and African diaspora artists, and her goal has been understanding what constitutes modern and contemporary art history. She also has worked with Latino and Latin American artists, and she is passionate about making sure art history reflects the global reality of art.

“My work has explored parts of art history that are unexamined,” Jones said. It has also unearthed artists who have been unknown, underexplored or forgotten.

That has been her creative pursuit for as long as Jones, 57, has had her desk — the same desk she’s had since college, the curator said by phone from New York City, where she is an associate professor in the department of art history and archaeology at Columbia University. “It’s in New York with me now — it took a detour to Connecticut as well.”

College was Amherst, and Connecticut was Yale, where Jones received her PhD in 1999. She was on the faculty at Yale from the completion of her doctorate until 2006, when she moved to Columbia.

MacArthur is one of the nation’s largest independent foundations. Organizations supported by the Foundation work in about 50 countries. In addition to Chicago, MacArthur has offices in India, Mexico, and Nigeria.