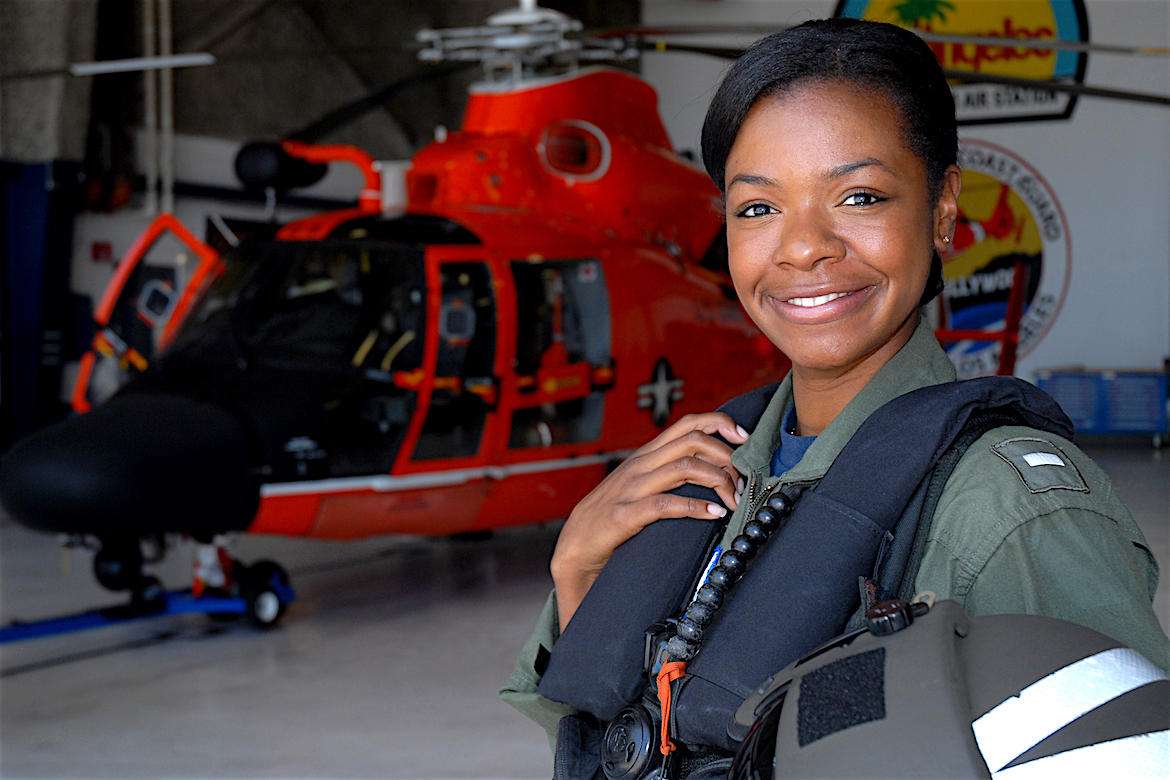 BY   Web Staff
PUB   The New Journal & Guide [/two_fifth][three_fifth_last padding=”0 0px 0 10px”][perfectpullquote align=”full” cite=”” link=”” color=”” class=”” size=”16″]As one the nation’s largest Coast Guard air stations announced plans to increase minority enrollment by working with Elizabeth City State University, Norfolk State University said it will help students who are interested in a career with the Coast Guard.[/perfectpullquote]
Black active duty personnel currently comprise 5.4 percent of the Coast Guard, according to news reports. This number compares to 17.2 percent for the Army, Navy and Air Force combined. For all minorities, the Coast Guard has 14.8 percent compared with 31.2 percent for the other military services combined.

Wayne Ivey, director of military services and veteran’s affairs at Norfolk State said, “We provide outreach services for all of the branches of military. We do not have an express agreement with the Coast Guard. What we do is offer outreach services to those installations to let them know what we offer in way of classes, tuition assistance, and veteran’s benefits.” Ivey added, “We do not have an express agreement like the one at Elizabeth City State University. But we do have a memorandum of understanding with the Navy which allows us to offer programs and courses on the Navy Base.”

According to news reports, about 40 Historically Black Colleges and Universities and other minority-serving institutions participate, including Hampton University. If you interested in learning about opportunities with the Coast Guard at Norfolk State University, please contact Wayne Ivey, director of military services and veteran’s affairs, 823-2585.

LOS ANGELES – Lt. j.g. Lashanda Holmes stands in front of an MH-65 Dolphin helicopter at Air Station Los Angeles. Holmes, from Fayetteville, N.C., is the first female African-American helicopter pilot in the Coast Guard. “It never crossed my mind to go aviation,” said Holmes, “but after meeting Lt. Jeanine Menze (the first female African-American Coast Guard pilot) I knew I had to be a part of the aviation community.” U.S. Coast Guard photograph by Petty Officer 1st Class Adam Eggers.
[two_fifth padding=”0 25px 0 10px”]Historically Black Colleges and Universities (HBCUs)
INSTITUTION OF HIGHER LEARNING, U.S.[/two_fifth][three_fifth_last padding=”0 0px 0 10px”]Historically black colleges and universities (HBCUs) are institutions of higher education in the United States that were established before 1964 with the intention of primarily serving the African American community. They have always allowed admission to students of all races.