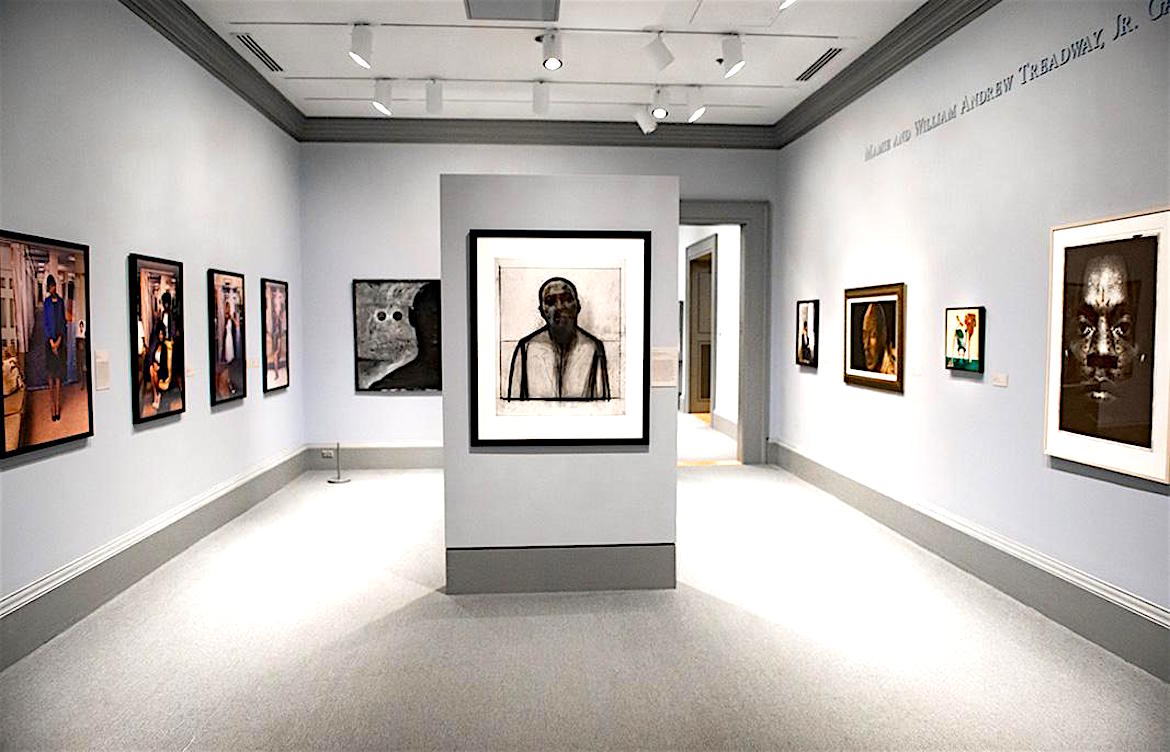 [Watch Video] What this MacArthur winner, an expert in African American Art History, plans to do with her grant

BY   Tom Mack
PUB   Free Times [/two_fifth][three_fifth_last padding=”0 0px 0 10px”][perfectpullquote align=”full” cite=”” link=”” color=”” class=”” size=”16″]For too long, certain segments of the general population have been forced to look at themselves through other people’s eyes and, consequently, bind themselves to other people’s expectations.[/perfectpullquote]
In 1975, for example, feminist critic Laura Mulvey coined the term “the male gaze” in articulating her argument that women had been defined for centuries in both literature and the visual arts by men who saw them not as fully integrated human beings but as objects of desire.

Much the same argument can be applied to other groups that have been, for one reason or another, denied the ability to define themselves. Take, for example, the current exhibition in the Treadway Gallery at the Columbia Museum of Art. Spoken: Portraits in Black showcases how contemporary artists of African ancestry have turned to portraiture to reveal, according to consulting curator Porchia Moore, the “lived experience of black people” in America. These artists have, in effect, taken control of their own image-making and, in so doing, have helped to broaden our collective understanding of African American culture.

In her curatorial statement, Moore offers a list of characteristics that may very well provide the museum visitor with a way of approaching this impressive exhibition. Indeed, she sees in these pieces culled from the CMA’s permanent collection evidence of “beauty, pain, pride, and historical legacy.”

Portraits In Black. Columbia Museum. Columbia, SC
[two_fifth padding=”0 25px 0 10px”]Columbia Museum of Art
AMERICAN ART MUSEUM, COLUMBIA, SC[/two_fifth][three_fifth_last padding=”0 0px 0 10px”]The building that housed the new museum had originally been erected as the private residence of the city’s Taylor family. Situated at the edge of downtown Columbia, adjacent to the campus of the University of South Carolina and three blocks from the South Carolina State House, the Taylor House, through the addition of gallery wings and a round planetarium, was home to the Columbia Museum for almost 50 years.


The art collection that first went on view in 1950 consisted of the gifts and bequests of local collectors. It included ten Old Master paintings, including several executed by Joshua Reynolds, Scipione Pulzone, Juan de Pareja and Artus Wolffort.

This situation changed in 1954 when the Columbia Museum was included among the 95 institutions nationwide selected to receive donations of Renaissance and Baroque art from the Samuel H. Kress Foundation. Designated a regional center by the Kress Foundation, the Columbia Museum of Art and Science received, over the next twenty years, a total of 78 examples of fine and decorative art from the Renaissance and Baroque periods.