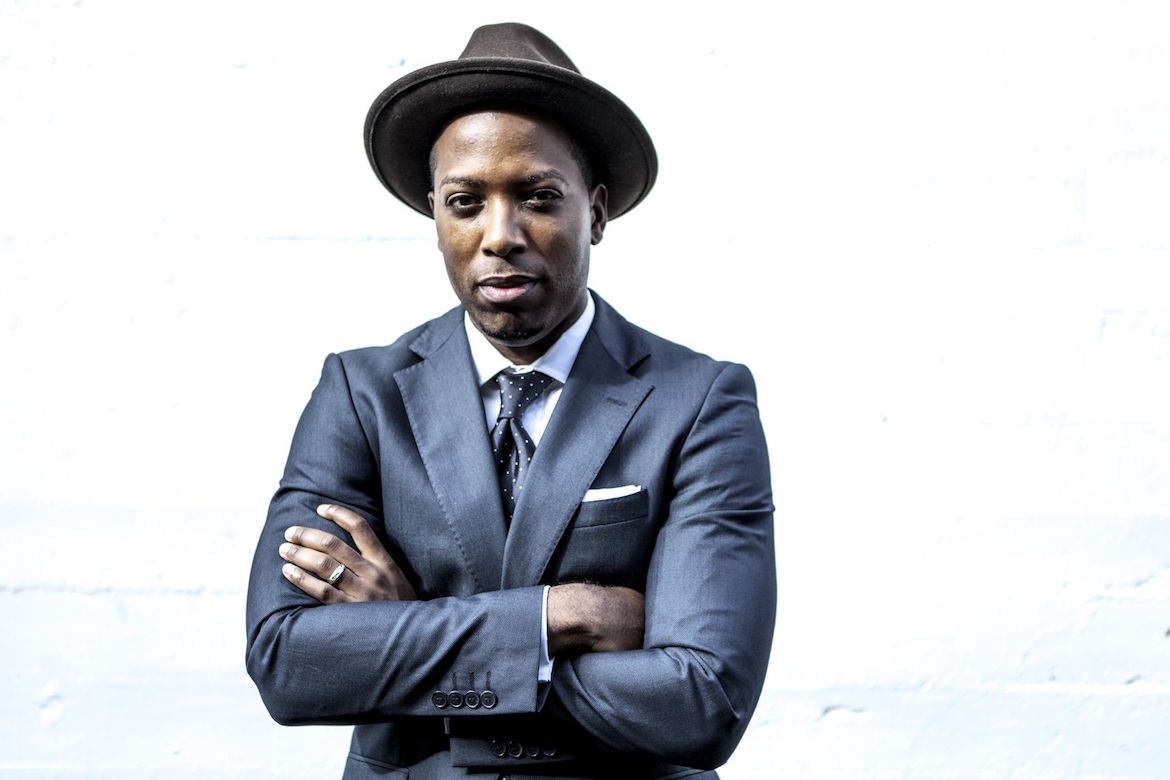 The idea of black capitalism goes back many decades. Civil rights activists Booker T. Washington and Marcus Garvey advocated African-Americans creating and doing business with their own to build wealth in their community.

This summer, the killings of black men and the Black Lives Matter movement rekindled campaigns to #BuyBlack and #BankBlack — but it’s a call some supporters find difficult to heed.

She decided to carry her financial activism forward. She bought produce from black farmers markets, but quickly found that trying to buy daily essentials exclusively from black-owned stores challenging. “Stuff like bread, and cheese, and boxed goods — all of the things that you would normally see in the aisles in the grocery store and not just the produce stuff,” Camille H says, “it was very difficult for me to find those items.”

Hank Williams, founder of Platform, was an African American tech entrepreneur who campaigned for greater diversity in the industry.

Angela Benton is the founder and CEO of NewME. Since launching in 2011, NewME has accelerated over 300 startups and helped them raise over $17 million in venture capital funding.

Tristan is the Founder & CEO of Walker & Company Brands. Prior to his founding Walker & Company he was an Entrepreneur-in-Residence at Andreessen Horowitz. Prior to his time at Andreessen Horowitz, he was the Director of Business Development for foursquare, where he oversaw strategic partnerships and monetization.
[two_fifth padding=”0 25px 0 10px”]OneUnited Bank
AFRICAN-AMERICAN-OWNED AND MANAGED CHARTERED TRUST – BOSTON, MA[/two_fifth][three_fifth_last padding=”0 0px 0 10px”]The Federal Deposit Insurance Corporation (FDIC) bank is also a community development financial institution (CDFI) as certified by the United States Department of Treasury. As of December 31, 2013, OneUnited Bank maintained $616.4 million in total assets.

1968
The vision for OneUnited Bank began with the formation of Unity Bank & Trust Company. Armed with $1.2 million in capital and located in Boston’s Dudley Dudley Square neighborhood, where over 30 percent of the community lives below the poverty line and nearly 20 percent of the land lies vacant, Unity Bank & Trust Company sought to revitalize the area by lending exclusively to local businesses and homeowners. This ambitious goal proved insurmountable given the bank’s limited resources.

1982
Although Unity Bank failed after less than a decade of operations, a newly organized bank, Bank of Boston Commerce, continued the legacy of African-American ownership and community re-investment. Boston Bank of Commerce expanded the model of community development to include partnerships with large corporations and government agencies. Over the ensuing years, a succession of chairmen, including United States Senator Edward Brooke, guided the Bank to a measure of prosperity and stability. With total assets of $157,183,000 and total deposits of $125,216,000 as of 31 December 2000, Boston Bank of Commerce filed for application to conduct a “merger transaction” with Founders National Bank, Los Angeles, Los Angeles County, California, its four offices in operation and total resources of $107,009,000 and total deposits of $98,659,000 as of December 31, 2000. “Favorable” statutory factors, other relevant information and Comptroller of Currency reports led to the approval of the merger transaction application from Boston Bank of Commerce, by the Board of Governors of the Federal Reserve System, the Director of the Office of Thrift Supervision, and the Attorney General of the United States.

1990s
In the mid-1990s, following the economic downturn that adversely affected other northeast-based regional banks, Boston Bank of Commerce was placed under a Cease & Desist order by the FDIC and charged to increase capital and improve the quality of its loan portfolio. Its partnerships with corporations and government agencies and the loyalty of its customer base left an important legacy.

1995
A significant capital infusion by the now current Chairman & CEO Kevin Cohee and President & COO Teri Williams, along with a new strategy of acquiring African American-owned banks and thrifts in major metropolitan markets, ushered in a new era of prosperity for the institution. When the Bank’s current senior management team assumed control of Boston Bank of Commerce, the institution experienced negative equity and significant asset problems. As a result, the Bank became increasingly unprofitable, pushing the institution to the brink of failure. The team turned Boston Bank of Commerce around and subsequently acquired three (3) African-American owned banks over several years that were troubled or on the verge of failure.

2002
The application approval for the “merger transaction” made by Boston Bank of Commerce for Los Angeles-based Family Savings Bank, the largest African American-owned thrift in California, further added to its scale and efficiency and brought a legacy of successful experience lending to urban communities.

Boston Bank of Commerce launched its new name OneUnited Bank, on record with the FDIC as of 16 December 2002, to better reflect the bank’s mission, strategy and national brand. OneUnited implemented a plan that focused on its core strengths. It is the only African-American owned bank with significant acquisition and integration experience, and is one of a small pool of banks that is CDFI. The bank’s fully operational on-line banking capability performance has transformed the institution and strengthened its financial position.

2008 – 2009
In the latter part of 2008 and the beginning of 2009, OneUnited experienced financial challenges as their equity investment in Freddie Mac and Fannie Mae became worthless. In order to stabilize the institution, the Bank applied for and received $12 million from the Troubled Asset Relief Program (TARP). Since 2009, the bank has demonstrated sustained profitability, and is emerging as a source of financial strength, and catalyst for wealth creation within the communities it serves.

2014
In January, 2014, OneUnited introduced the UNITY Visa secured credit card. The card is called the Comeback Card and targets individuals who are looking to rebuild their credit and their lives. The card includes a “How To Rebuild Credit Program” to educate cardholders on ways to improve their credit score. OneUnited Bank received recognition as a Notable IT Initiative from Community Banks by American Banker for the UNITY Visa Card Me app that allows consumers to apply for the card and, if they are approved, it allows them to open a deposit account to fund it.