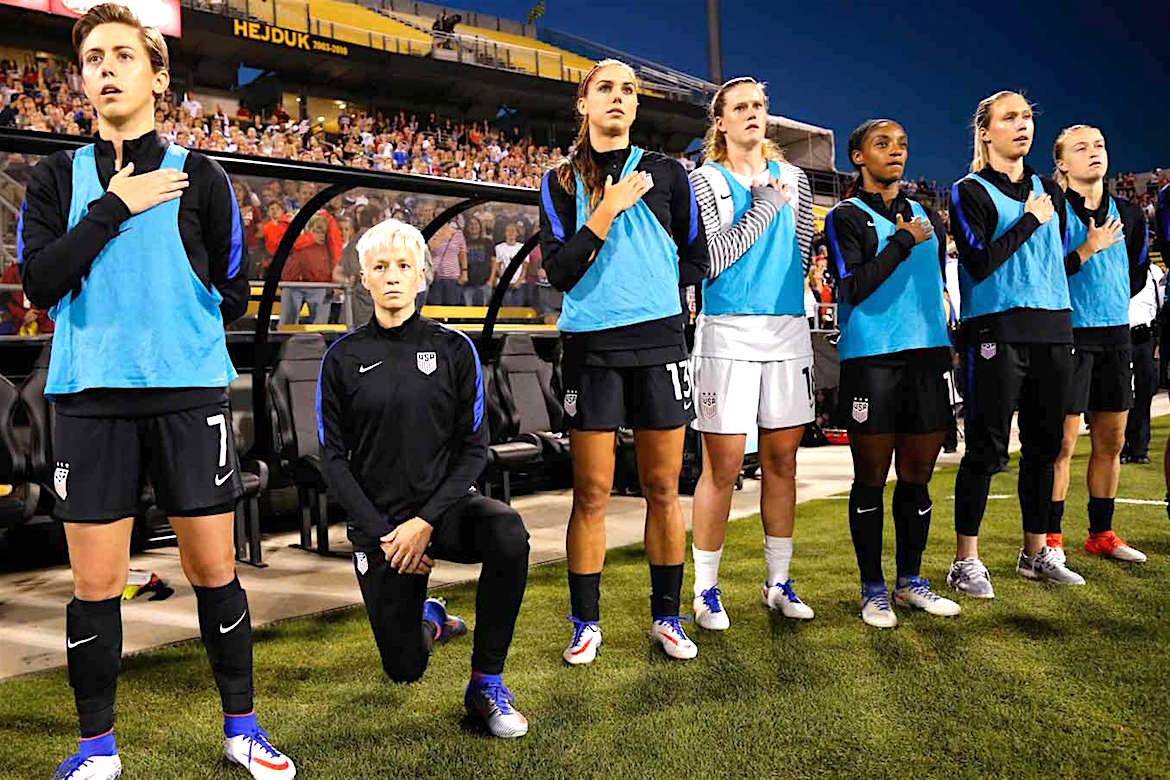 For Some African-Americans, Efforts To #BuyBlack Present Challenges

BY   Dave Zirin
PUB   The Nation [/two_fifth][three_fifth_last padding=”0 0px 0 10px”][perfectpullquote align=”full” cite=”” link=”” color=”” class=”” size=”16″]We have, as of this writing, not seen white, male pro athletes join the “Kaepernick protests.” But you can sense that it is coming.[/perfectpullquote] Do you want to make 1968 Olympic medalist John Carlos angry? Describe the iconic black-gloved fist that he pumped to the heavens as a “Black Power salute.” As he has explained to me often, “Black Power is a beautiful thing. But in 1968, raising your fist meant ‘power to the people.’ I wanted my fist to represent power to all oppressed people on the earth. I think the media has called it ‘Black Power’ because then the gesture becomes something that is just for black people and it segregates the message and the message is that we need to come together to rise up.”

Another way to upset John Carlos is to ignore the role of his dear friend the late silver-medalist Peter Norman in the protest. The white Australian did not raise a fist, but he stood with Carlos and Smith, wearing a button that read “Olympic Project for Human Rights.” Carlos says, “They write Peter out on purpose so white athletes don’t have him as a hero or an example.”

I thought about this when assessing the lack of white, male professional participation in Colin Kaepernick’s anthem protests against police violence. These athletic protests are going viral, yet while white women in the WNBA and white high-school football players and volleyball players have proudly joined their brown and black teammates, no white, male professional athlete has taken a knee or raised a fist as of this writing.

[two_fifth padding=”0 25px 0 10px”]John Carlos
U.S. CAPITAL CITY[/two_fifth][three_fifth_last padding=”0 0px 0 10px”]John Wesley Carlos (born June 5, 1945) is an American former track and field athlete and professional football player. He was the bronze-medal winner in the 200 meters at the 1968 Summer Olympics and his Black Power salute on the podium with Tommie Smith caused much political controversy. He went on to tie the world record in the 100 yard dash and beat the 200 meters world record (although the latter achievement was never certified). After his track career, he enjoyed a brief stint in the Canadian Football League but retired due to injury.


He became involved with the United States Olympic Committee and helped to organize the 1984 Summer Olympics. Following this he became a track coach at Palm Springs High School. He was inducted into the USA Track & Field Hall of Fame in 2003.

He is the author, with sportswriter Dave Zirin, of The John Carlos Story: The Sports Moment That Changed the World, published in 2011 by Haymarket Books.