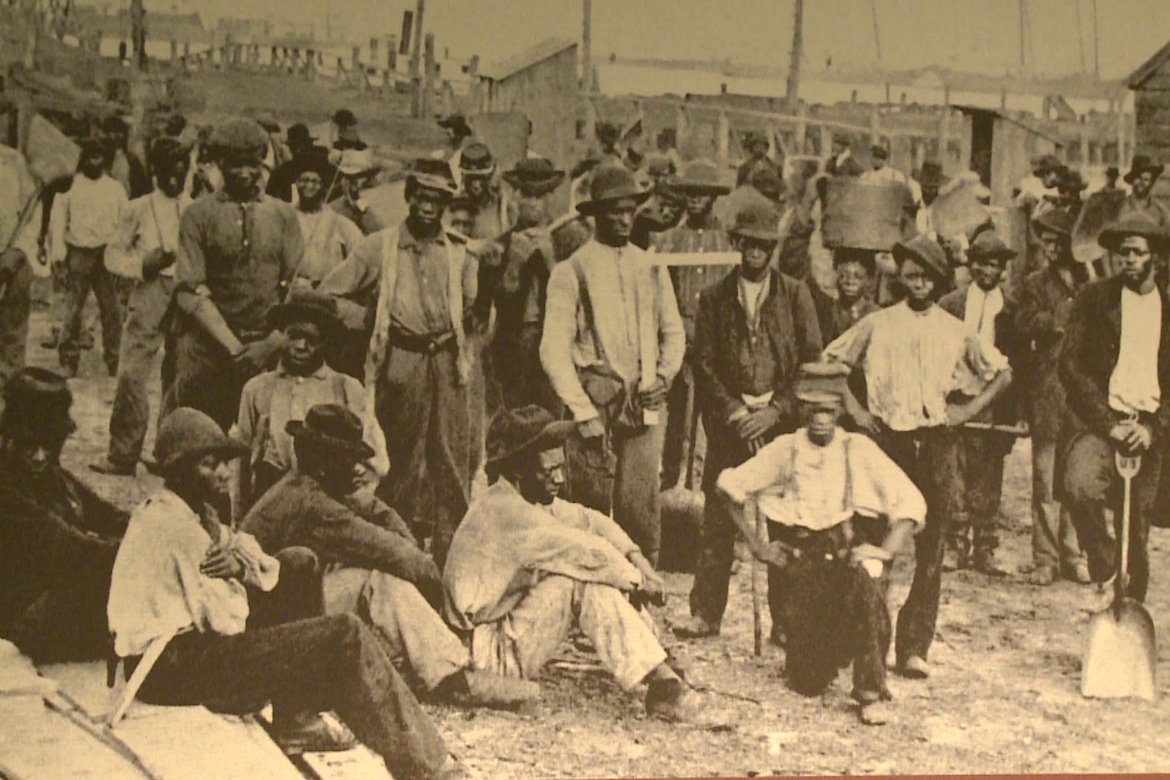 The Only Way for Muslim Americans to Be Considered Patriotic: Stay Silent

BY   All Things Considered
PUB   NPR [/two_fifth][three_fifth_last padding=”0 0px 0 10px”][perfectpullquote align=”full” cite=”” link=”” color=”” class=”” size=”16″][/perfectpullquote] The history of African-Americans and the California Gold Rush is a complicated one, and often overlooked. But it’s part of the new Smithsonian National Museum of African American History and Culture.

MICHEL MARTIN, HOST:
Now picture the California Gold Rush, the people that traveled cross-country, the forty-niners. It’s probably a safe bet that the first people who come to mind probably aren’t black, but the history of African-Americans in the West is about to get more recognition when the Smithsonian Museum of African-American History and Culture opens a week from today. NPR’s Nathan Rott has the story.

NATHAN ROTT, BYLINE:
It’s easy to tell when you’ve hit gold rush country. There’s Mother Lode coffee-roasting, Mother Lode market, Mother Lode motors all tucked away in the oak-covered foothills of the Sierra Nevada in little frontier-style towns like Sonora. The story of William Sugg starts in Sonora at the Tuolumne County Recorder in an old book of deeds.

I don’t even know if I can read this handwriting.

SYLVIA ROBERTS:
I know it’s a challenge. Let’s see. Let me give it a try. Yeah. I think you had better do it.

ROTT:
That’s Sylvia Roberts. She’s a local historian of sorts. And what we’re trying to read is a deed of manumission written in 1854 between a slaveowner…

[/three_fifth_last][two_fifth padding=”0 25px 0 10px”]Mining For Freedom: Black History Meets The California Gold Rush
SYLVIA ROBERTS, AUTHOR[/two_fifth][three_fifth_last padding=”0 0px 0 10px”]For most of the past two decades, Sylvia Roberts has focused her energies on rediscovering the identities of the estimated five-thousand, long forgotten African American pioneers whose lives were irrevocably entwined with the history of the 1849 California Gold Rush. According to Roberts, “Thousands of resourceful, resilient, resolute souls have been overlooked by mainstream history for more than one-hundred-and-fifty years. Writing this book was my way of paying tribute to their sacrifices and honoring their contributions.”


After a more than 25-year career in the California Bay Area that included business and technical writing at General Electric Nuclear Energy Division and Stanford University, Roberts moved to Tuolumne County in 1992, in the heart of Gold Country, where she discovered this extraordinary, largely untold history.

Roberts is a member of the Tuolumne County Genealogical Society and works with museums, archives and historical societies locally and throughout northern California during the course of her research. She has held all offices, including that of president, at the Tuolumne County Historical Society. In her efforts to broadcast the unique history that is her focus, she has also worked with the National Park Service and the Smithsonian Institution. In 2007, she founded the Mother Lode Black Heritage Foundation in Sonora, a nonprofit dedicated to the preservation and promotion of the history of California’s African American Gold Rush pioneers.