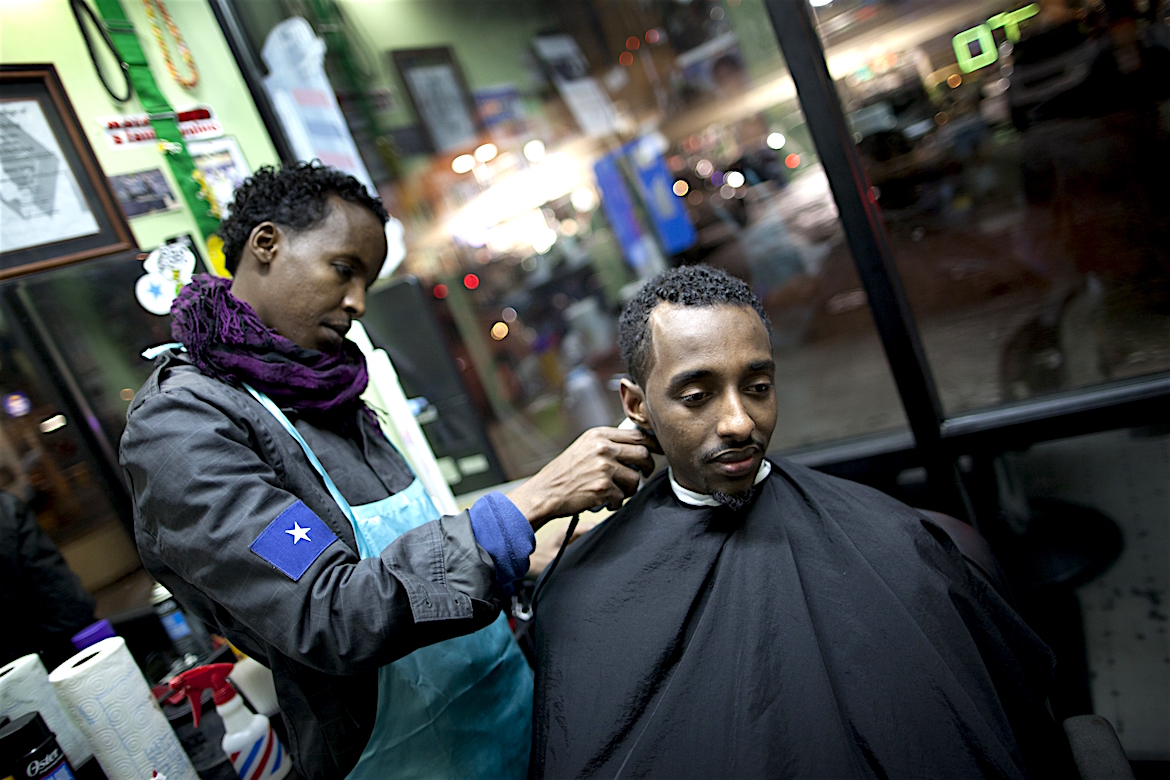 BY   James Wright
PUB   Afro [/two_fifth][three_fifth_last padding=”0 0px 0 10px”][perfectpullquote align=”full” cite=”” link=”” color=”” class=”” size=”16″]The Mayor’s Office on African Affairs (MOAA) and the Congressional African Staff Association (CASA) held a panel discussion on Sept. 9 in the U.S. Capitol’s Visitor Center. The forum, “Diaspora in Dialogue: Demographics, Public Policy and ConneXions,” allowed an open discussion about the experiences of native-born Africans living in the nation’s capital.[/perfectpullquote] Diana Konate, president of the CASA, said, ” We work to try to debunk the myths about Africa and Africans on the Hill.”

Mamadou Samba, the executive director of MOAA, noted the importance of the discussion and its timeliness. “This is September and D.C. Mayor Muriel Bowser has declared this month ‘African Heritage Month’”, she said. “This month we will increase awareness and promote the diversity of the African community. We want the people of the District of Columbia to know who we are and what we are doing.”

In March 2015, the MOAA and the George Mason University Institute for Immigrant Research launched a project to get a sense of the demographics of Africans living in the District and the metropolitan area. The report from this project is called “Diversity in the District: African Immigrants in Washington, D.C.” and reveals in detail what countries African immigrants come from, where they live in the city, and what their occupations and income levels are.

Lamin F. Bojang with his son, Ebrahim Bah, at his home in the Bronx. Credit Damon Winter/The New York Times

Renee Jones Schneider, DML – Star Tribune
[two_fifth padding=”0 25px 0 10px”]Washington, D.C.
U.S. CAPITAL CITY[/two_fifth][three_fifth_last padding=”0 0px 0 10px”]Washington, D.C., formally the District of Columbia and commonly referred to as “Washington”, “the District”, or simply “D.C.”, is the capital of the United States. The signing of the Residence Act on July 16, 1790, approved the creation of a capital district located along the Potomac River on the country’s East Coast. The U.S. Constitution provided for a federal district under the exclusive jurisdiction of the Congress and the District is therefore not a part of any U.S. state.


The states of Maryland and Virginia each donated land to form the federal district, which included the pre-existing settlements of Georgetown and Alexandria. Named in honor of George Washington, one of the United States’ founding fathers and the leader of the American Continental Army who won the Revolutionary War, the City of Washington was founded in 1791 to serve as the new national capital. In 1846, Congress returned the land originally ceded by Virginia; in 1871, it created a single municipal government for the remaining portion of the District.

Washington had an estimated population of 672,228 as of July 2015. Commuters from the surrounding Maryland and Virginia suburbs raise the city’s population to more than one million during the workweek. The Washington metropolitan area, of which the District is a part, has a population of over 6 million, the sixth-largest metropolitan statistical area in the country.

The centers of all three branches of the federal government of the United States are in the District, including the Congress, President, and Supreme Court. Washington is home to many national monuments and museums, which are primarily situated on or around the National Mall. The city hosts 176 foreign embassies as well as the headquarters of many international organizations, trade unions, non-profit organizations, lobbying groups, and professional associations.

A locally elected mayor and a 13‑member council have governed the District since 1973. However, the Congress maintains supreme authority over the city and may overturn local laws. D.C. residents elect a non-voting, at-large congressional delegate to the U.S. House of Representatives, but the District has no representation in the U.S. Senate. The District receives three electoral votes in presidential elections as permitted by the Twenty-third Amendment to the United States Constitution, ratified in 1961.