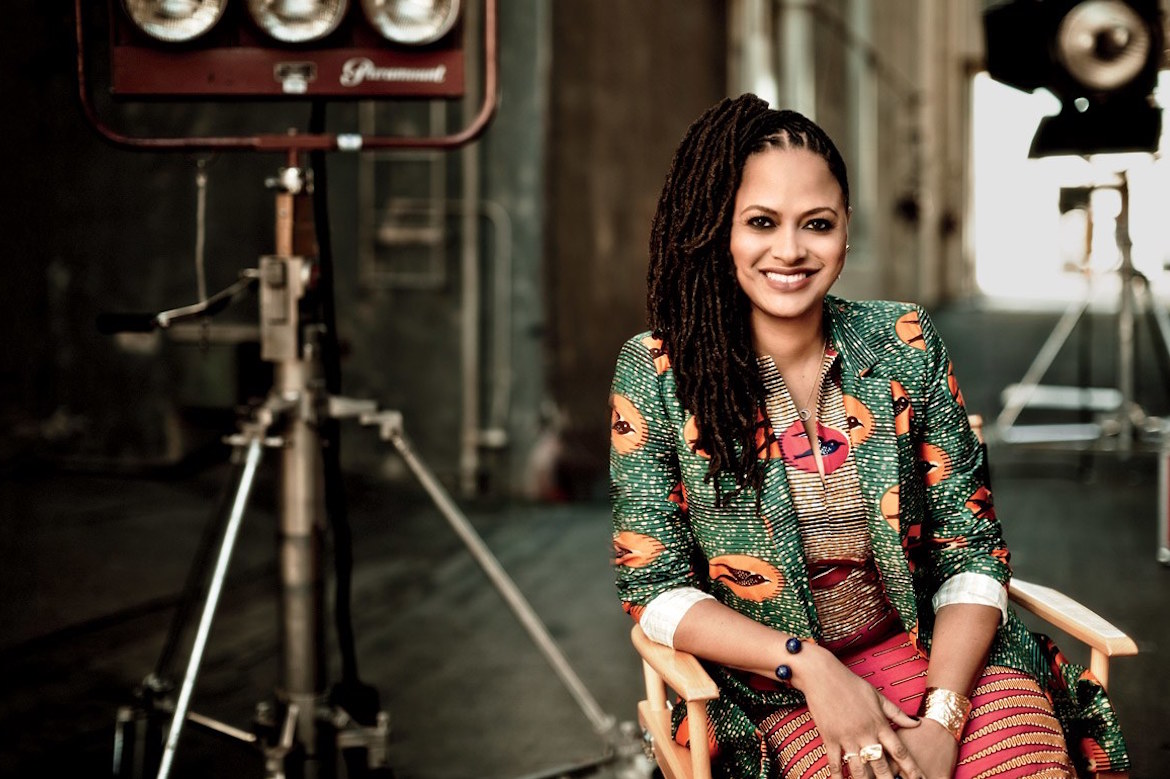 BY   Yohana Desta
PUB   Vanity Fair [/two_fifth][three_fifth_last padding=”0 0px 0 10px”][perfectpullquote align=”full” cite=”” link=”” color=”” class=”” size=”16″]The filmmaker talks Oprah, TV, and what it’s like to adapt A Wrinkle in Time.[/perfectpullquote] Since Ava DuVernay became a Hollywood household name in 2014, thanks to the breakout success of her third feature, Selma, the director has used her fame to become a change agent in the entertainment industry. She’s rebranded and expanded her distribution company, Array, to champion films by people of color. She’s become the first black female director to helm a $100 million movie. Now she’s co-created, executive produced, and directed several episodes of Queen Sugar, a new TV series on OWN based on the Natalie Baszile book of the same name. The show, which revolves around three siblings who must band together to run their late father’s sugarcane farm in Louisiana, aired its first episode last Tuesday—but broke barriers while still in production, when its creative team decreed that each of its 13 episodes would be directed by a woman. Few—if any—other shows can boast of such an achievement (though Amazon’s Transparent comes close).

“For her to be able to not just advocate for women in film, and people of color in film, but to really [do it] just in a way that is matter of fact and unapologetic, I think, is fabulous,” Baszile tells Vanity Fair.

DuVernay has a cheerleader-like (emphasis on ”leader”) quality when she talks about the people involved in her projects. She seems determined to share every inch of the spotlight, pulling in as many collaborators as possible to stand in the glow with her. A response about her all-female directing staff turns into a speech lavishing praise on each, one by one: “So Yong Kim—how many Korean women filmmakers [are] out there getting their directing on that you know by name? Neema Barnette, the first black woman ever to direct an episode of television, sitcom television,” DuVernay says. “Kat Candler, a great star of SXSW, at Sundance. Salli Richardson-Whitfield, a former actress who was an actress in my first film who just has such a directorial eye just in her everyday life and had been shadowing people, trying to get an episode of television, [but] no one letting her do it. She directed beautiful episodes. Victoria Mahoney, Tanya Hamilton, Tina Mabry.”

Born in 1972 in Long Beach, California, Ava DuVernay worked in film publicity and marketing, and established her own agency, before deciding to become a filmmaker. She helmed hip-hop documentaries and then released two feature films: I Will Follow (2010) and Middle of Nowhere (2012). The holiday season of 2014 saw the release of Selma, which follows a portion of Dr. Martin Luther King’s life during an urgent call for voting rights. With this critically acclaimed work, DuVernay became the first African-American female director to receive a Golden Globe nomination.