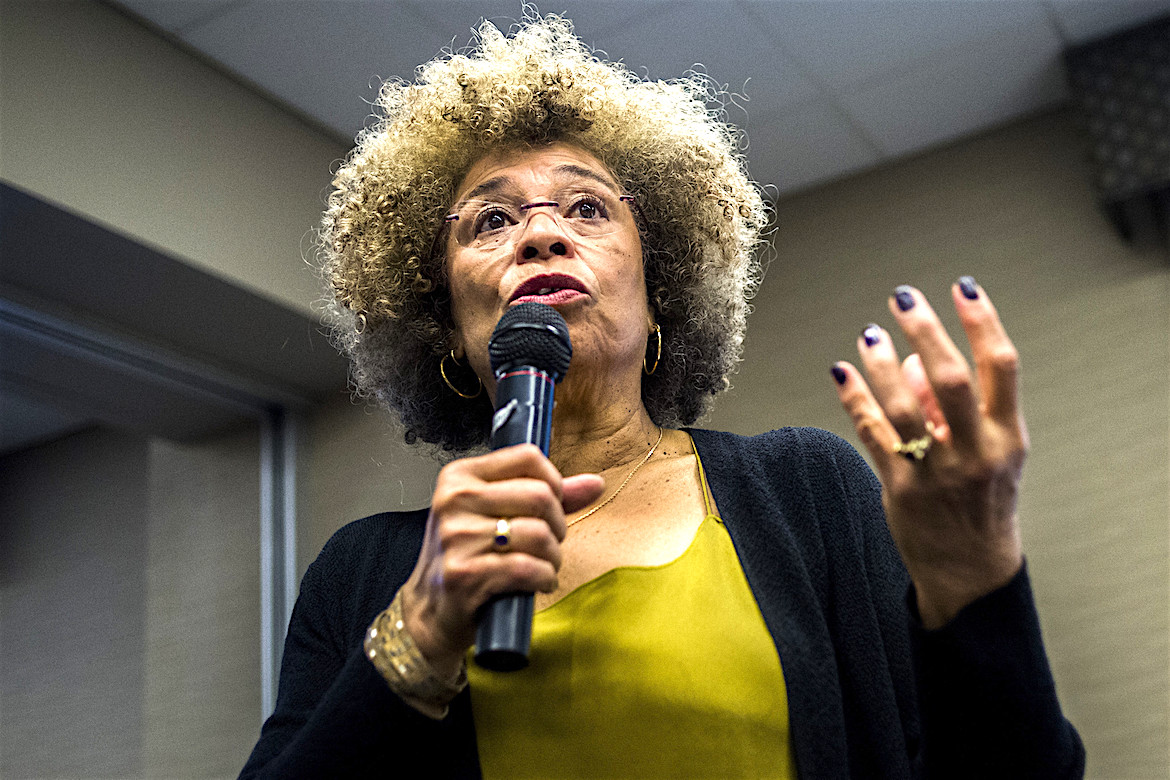 Ava DuVernay and Queen Sugar Look Like the Future of Television

BY   Lynsey Chutel
PUB   Quartz, Africa [/two_fifth][three_fifth_last padding=”0 0px 0 10px”][perfectpullquote align=”full” cite=”” link=”” color=”” class=”” size=”16″]Just a peek of Angela Davis’ iconic Afro making its way up the stairs and onto the stage was enough to send the crowd at University of South Africa (UNISA) into a frenzied applause. Davis was clearly overwhelmed.[/perfectpullquote] She would be interrupted several more times as the packed Z.K. Matthews Hall stood to applaud throughout her address as keynote speaker at the 17th annual Steve Biko memorial lecture on Sept. 9. She was even welcomed by a traditional praise singer. For those who could not find a seat, Davis’ lecture was broadcast live on two national news channels and several radio stations.


The civil rights activist and academic came to South Africa as a guest of the foundation created to honor Biko, the slain activist known for bringing the black consciousness movement to South Africa during apartheid.

Both Davis and Biko are icons of black intellectualism, who found their respective voices as young activists in anti-racism movements in South Africa and the United States. Davis’ political activism began with the Black Panther movement, during which her imprisonment launched a global solidarity movement. Today, she is a professor whose work focuses on feminism and black consciousness and her activism has extended to mass incarceration.


Angela Davis, born on January 26, 1944, in Birmingham, Alabama, became a master scholar who studied at the Sorbonne. She joined the U.S. Communist Party and was jailed for charges related to a prison outbreak, though ultimately cleared. Known for books like Women, Race & Class, she has worked as a professor and activist who advocates gender equity, prison reform and alliances across color lines

Writer, activist and educator Angela Davis was born on January 26, 1944, in Birmingham, Alabama. Davis is best known as a radical African-American educator and activist for civil rights and other social issues. She knew about racial prejudice from her experiences with discrimination growing up in Alabama. As a teenager, Davis organized interracial study groups, which were broken up by the police. She also knew several of the young African-American girls killed in the Birmingham church bombing of 1963.

Davis later moved north and went to Brandeis University in Massachusetts where she studied philosophy with Herbert Marcuse. As a graduate student at the University of California, San Diego, in the late 1960s, she was associated with several groups including the Black Panthers. But she spent most of her time working with the Che-Lumumba Club, which was all-black branch of the Communist Party.

Outside of academia, Davis had become a strong supporter of three prison inmates of Soledad Prison known as the Soledad brothers (they were not related). These three men — John W. Cluchette, Fleeta Drumgo and George Lester Jackson — were accused of killing a prison guard after several African-American inmates had been killed in a fight by another guard. Some thought these prisoners were being used as scapegoats because of the political work within the prison.

After spending time traveling and lecturing, Davis returned to teaching. Today, she is a professor at the University of California, Santa Cruz, where she teaches courses on the history of consciousness. Davis is the author of several books, including Women, Race, and Class (1980) and Are Prisons Obsolete? (2003).