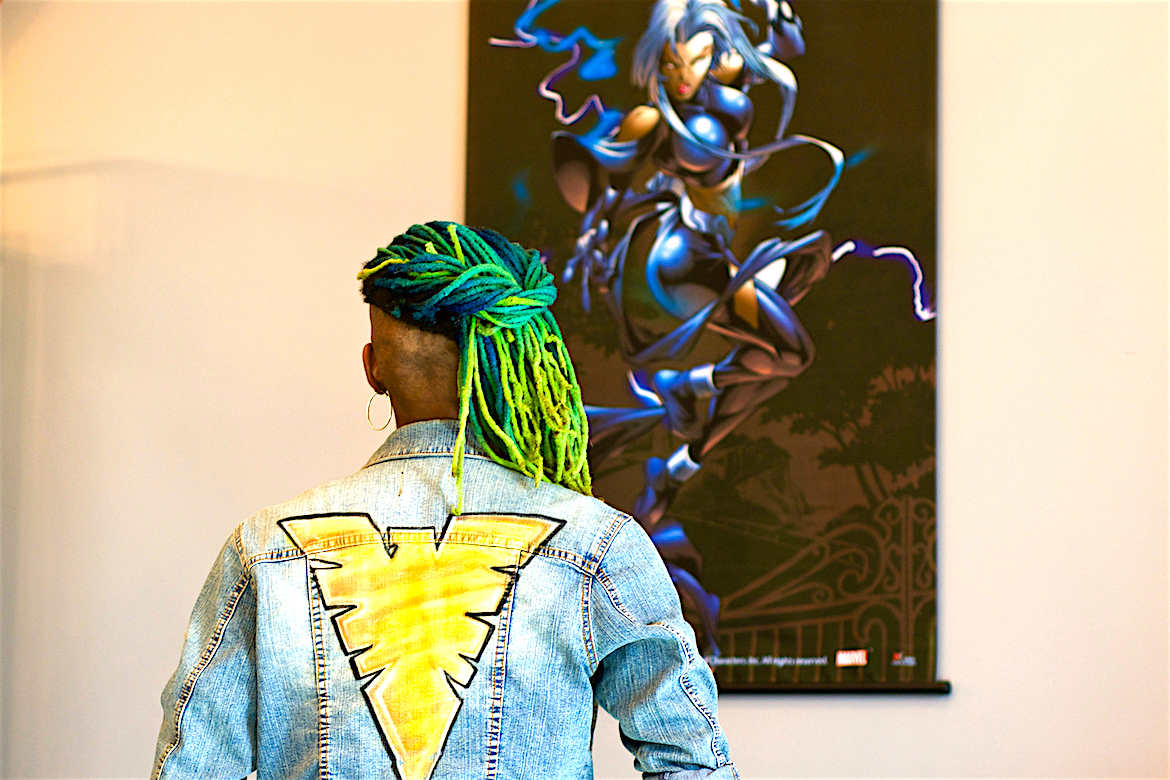 BY   Ryan Bergeron
PUB   The Philadelphia Tribune [/two_fifth][three_fifth_last padding=”0 0px 0 10px”][perfectpullquote align=”full” cite=”” link=”” color=”” class=”” size=”14″]Ariell Johnson checks out a customer at the cash register as patrons browse her store’s collection of comic books. The 33-year-old is the owner of Amalgam Comics and Coffeehouse in Philadelphia. You might say Johnson is a superhero herself.[/perfectpullquote]She’s the first Black woman on the East Coast to own and operate a comic book store. The comic book world tends to skew heavily towards white males. That’s true among comic book authors and owners. But when it comes to finding inspiration, Johnson didn’t have to look far. She turned to the X-Men.

“The first character that really got me excited about comics was Storm of the X-Men. A lot of that had to do with the fact that she was the first Black woman I had ever seen [in comics],” says Johnson.

A lifelong “fan girl” of all things “geek, supernatural and superhero,” Ariell says she first had the idea to open her own shop in 2003.

A safe haven for all of geekdom! Pick your poison…and enjoy!