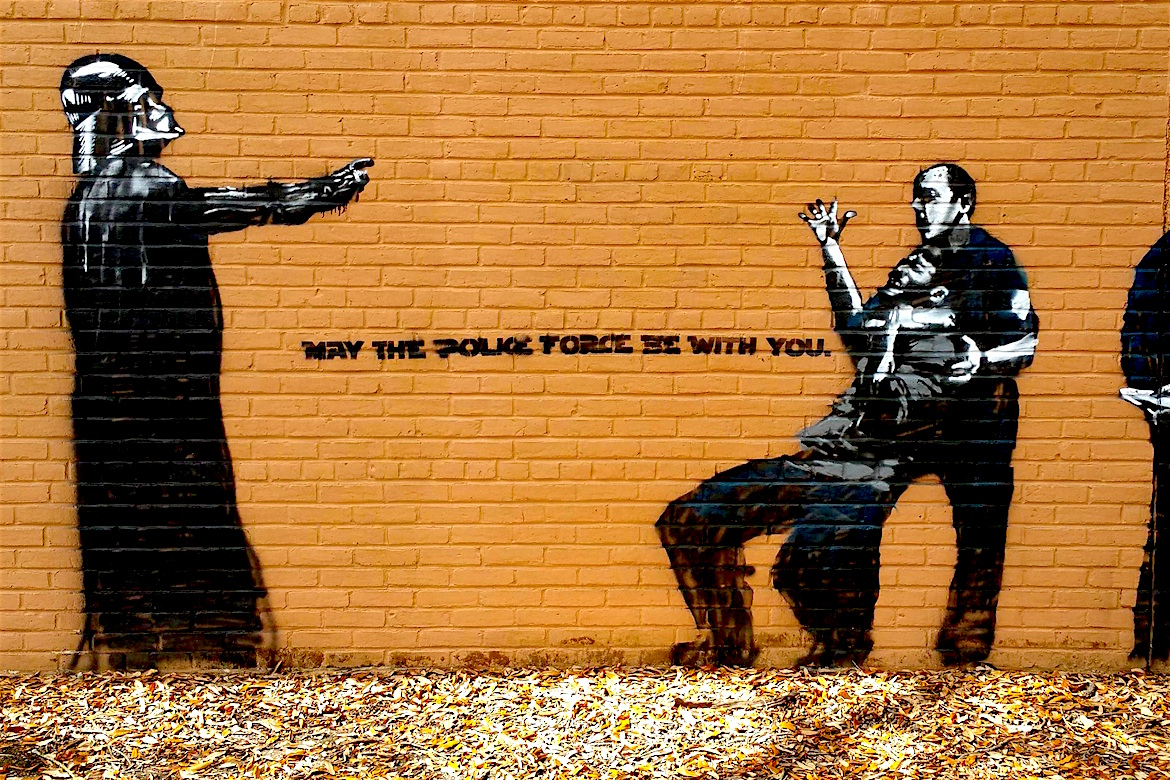 BY   Laura Mallonee
PUB   Wired [/two_fifth][three_fifth_last padding=”0 0px 0 10px”][perfectpullquote align=”full” cite=”” link=”” color=”” class=”” size=”14″]When a Police Officer shot Philando Castile during a traffic stop in July, his girlfriend, Diamond Reynolds did something remarkable: She picked up her phone and broadcast it on Facebook Live. Three million people watched Castile die in real time.[/perfectpullquote] Her chilling video rallied people to protest in cities across the country. The technology Reynolds used is new, but the role it filled is not. For as long as people have been taking pictures, they’ve been using them to document injustice and fight for change.

This history gets a timely exploration in New Documents, an exhibition at the Bronx Documentary Center in New York. Its 24 photographs and videos date to the earliest days of the medium. It begins with a photo Alice Seeley Harris took in 1904, not long after Kodak introduced the first consumer camera.[perfectpullquote align=”full” cite=”” link=”” color=”” class=”” size=”14″]“Cellphone videos made by protesters in Tunisia documented the start of the Arab Spring.”[/perfectpullquote] It shows a Congolese man sitting with his daughter’s severed hand and foot. Harris, a British missionary, used the new technology to document the horror visited upon the Congo by the Belgian regime. Public outrage eventually led Belgium to relinquish control of the colony.

Traffic policemen check documents of a motorist near a graffiti against police brutality in Male, Maldives, Wednesday, Sept. 4, 2013. The U.N. chief is urging the Maldives to ensure that its upcoming presidential election, the first national election since a contentious power transfer last year, is conducted in a credible and peaceful manner. The election will be held Sept. 7. (AP Photo/Sinan Hussain)

[two_fifth padding=”0 25px 0 10px”]Bronx Documentary Center
NON-PROFIT GALLERY, BRONX, NY[/two_fifth][three_fifth_last padding=”0 0px 0 10px”]MISSION The Bronx Documentary Center (BDC) is a non-profit gallery and educational space. Our mission is to share photography, film and new media with underserved Bronx communities and the cultural community at large. We use these mediums to foster dialogue around contemporary local, national and global issues.


PURPOSE We believe in the documentary tradition and in the power of photography and film to help build community, expose injustices and create positive social change. Too often, documentary work is done in poor communities and presented for a small audience elsewhere. The BDC is committed to changing this dynamic and has become a bridge for cultural exchange in the Bronx and beyond. The BDC is a unique and exciting crossroads where local students, artists, activists and neighbors mix with leading photographers, journalists and filmmakers. As one neighbor told us, “We bring the world to the Bronx and the Bronx to the world.”