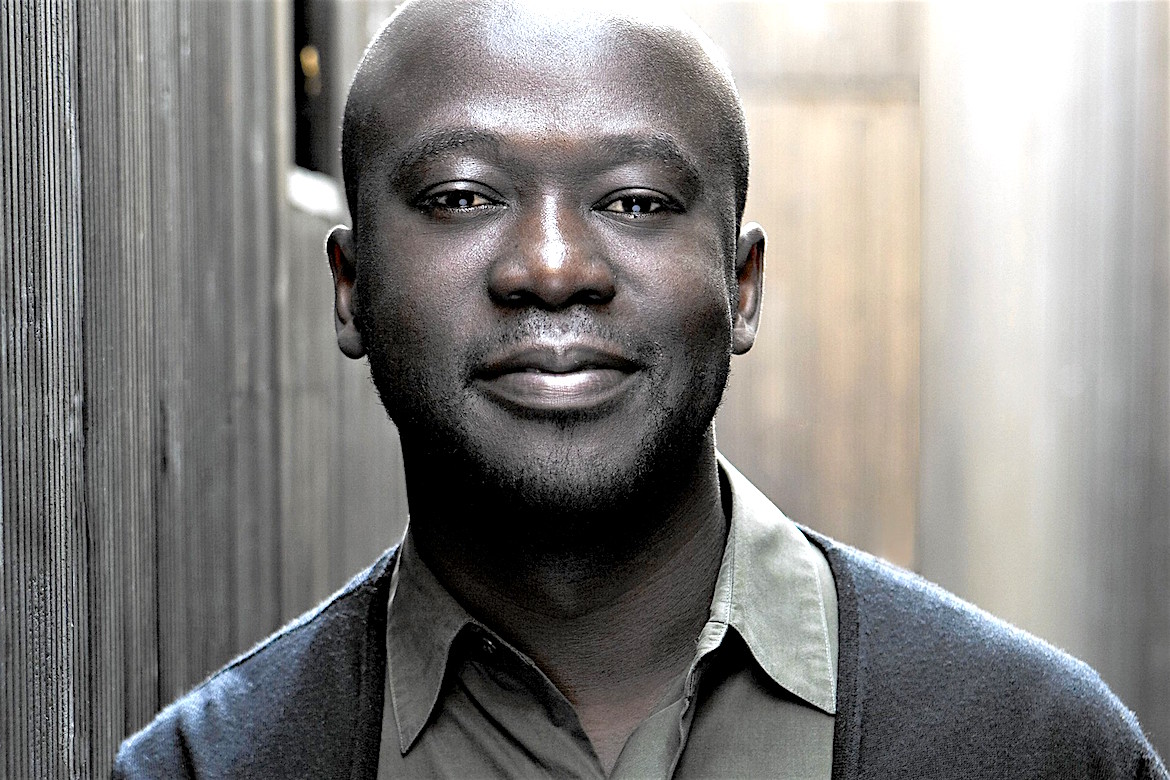 AUDIE CORNISH HOST: For months I have been watching as a fantastic new building has risen on the National Mall here in Washington. The long awaited Smithsonian Museum of African-American History and Culture will open its doors later this month. It promises to tell the American story through the lens of African-American history and culture. That mission is reflected not just in its exhibits but in the building itself. Our co-host Ari Shapiro got a preview of the striking new museum from the man who designed it.

DAVID ADJAYE: Hello. I am David Adjaye. I am the architect of the National Museum of African-American History and Culture on the Washington Mall.

ARI SHAPIRO, BYLINE: You can tell from his lilting speech that David Adjaye is not American. His father was a diplomat from Ghana, and he grew up in the U.K. Adjaye designs important buildings all over the world, but winning the competition to create this Smithsonian was different both because of the buildings meaning and its location.

ADJAYE: I was just so taken by this incredible position. I always thought that there was this incredible knuckle. It felt like it was the joint of this really fantastic, monumental landscape.

SHAPIRO: It sits right by the Washington Monument on an axis with nearly every important memorial and museum in the city. The museum floats dark in a sea of classic white marble. I asked Adjaye whether it was difficult to resist the temptation of the white stone all around.

ADJAYE: When we entered the competition, we felt that there needed to be a different presence on the Mall. And when Lonnie saw the scheme…

[two_fifth padding=”0 25px 0 10px”]David Adjaye
ARCHITECT[/two_fifth][three_fifth_last padding=”0 0px 0 10px”]David Adjaye was born in Dar es Salaam, Tanzania. The son of a Ghanaian diplomat, David Adjaye lived in Tanzania, Egypt, Yemen and Lebanon[2] before moving to Britain at the age of nine. He earned a BA at London South Bank University, before graduating with an MA in 1993 from the Royal College of Art.


In 1993, the same year of graduation, Adjaye won the RIBA President’s Medals Students Award, a prize offered for RIBA Part 1 projects, normally won by students who have only completed a bachelor’s degree. Previously a unit tutor at the Architectural Association, he was also a lecturer at the Royal College of Art. After very short terms of work with the architectural studios of David Chipperfield (London) and Eduardo Souto de Moura (Porto), Adjaye established a practice with William Russell in 1994 called Adjaye & Russell, based in North London. This office was disbanded in 2000 and Adjaye established his own eponymous studio at this point.

On 15 April 2009, he was selected as a team of architects, which includes the Freelon Group, Davis Brody Bond and SmithGroup, to design the $500 million new Smithsonian National Museum of African American History and Culture on the National Mall in Washington, D.C. His design features a crown motif from Yoruba sculpture.