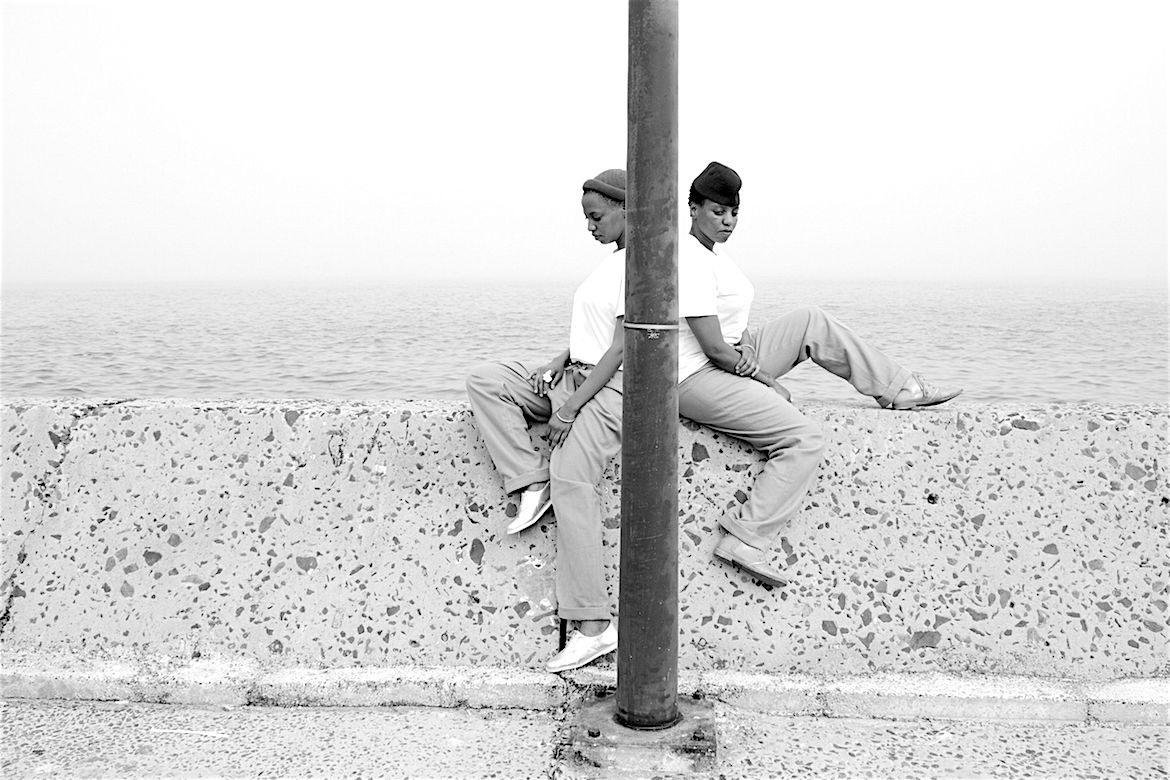 BY   Edward Kgosidintsi
PUB   Okay Africa [/two_fifth][three_fifth_last padding=”0 0px 0 10px”][perfectpullquote align=”full” cite=”” link=”” color=”” class=”” size=”14″]The earliest photography in Africa can be traced back to the colonial cultural anthropologists of the mid-nineteenth century. The intention at the time was to shock the Western world with imagery of savages. More than a century later and not much has changed.[/perfectpullquote] The objectification of the black body is still a prominent feature of sub-Saharan African documentary photography, especially in South Africa where a white lens remains surgically stitched onto our nation’s face.

The camera tends to reveal more about who’s behind the lens than who’s in front of it. While connecting the observer to the observed, photography can also be used as a tool for emotional and moral detachment.

The voyeuristic nature of white photography in this country is a symptom of its privilege. The white documentary photographer is a voluntary tourist of the black experience, window-shopping through the pain and capturing the most aesthetically pleasing moments.[perfectpullquote align=”full” cite=”” link=”” color=”” class=”” size=”14″]The quest now is to free sub-Saharan African photography from its thematic shackles while continuing to correct the misrepresentation of the black experience.[/perfectpullquote] These things are actually incredibly accurate.” Turning a head appreciatively between his fingers, he added, “I can look at them from any angle, and they give me a basis of facial structure and head shape.”

The white photographer profits off of poverty and shares poignant anecdotes of black stories. In the process the subjects become symbols of white altruism. Their entire lives are reduced to captions beneath a frame—a re-colonization by white liberal guilt. Artists like David Goldblatt, Jo Ratcliffe and Pieter Hugo—as pure as their intentions may be—both benefit from and perpetuate this phenomenon.

Andrew Tshabangu, Faithfuls at the station of the cross, Ngome natal, 2005. Courtesy of Gallery MOMO.

Noncedo and Nonzuzo Gxekwa in the ongoing Carbon Copy project.
[two_fifth padding=”0 25px 0 10px”]South Africa
OFFICIALLY THE REPUBLIC OF SOUTH AFRICA (RSA)[/two_fifth][three_fifth_last padding=”0 0px 0 10px”]South Africa, officially the Republic of South Africa (RSA), is the southernmost sovereign state in Africa. It is bounded on the south by 2,798 kilometres of coastline of Southern Africa stretching along the South Atlantic and Indian Oceans, on the north by the neighbouring countries of Namibia, Botswana and Zimbabwe, and on the east and northeast by Mozambique and Swaziland, and surrounding the kingdom of Lesotho. South Africa is the 25th-largest country in the world by land area, and with close to 53 million people, is the world’s 24th-most populous nation. It is the southernmost country on the mainland of the Old World or the Eastern Hemisphere. It is the only country that borders both the Atlantic Ocean and the Indian Ocean.
See Also

South Africa is a multiethnic society encompassing a wide variety of cultures, languages, and religions. Its pluralistic makeup is reflected in the constitution’s recognition of 11 official languages, which is among the highest number of any country in the world. Two of these languages are of European origin: Afrikaans developed from Dutch and serves as the first language of most white and coloured South Africans; English reflects the legacy of British colonialism, and is commonly used in public and commercial life, though it is fourth-ranked as a spoken first language.

The country is one of the few in Africa never to have had a coup d’état, and regular elections have been held for almost a century. However, the vast majority of black South Africans were not enfranchised until 1994. During the 20th century, the black majority sought to recover its rights from the dominant white minority, with this struggle playing a large role in the country’s recent history and politics. The National Party imposed apartheid in 1948, institutionalizing previous racial segregation. After a long and sometimes violent struggle by the African National Congress and other anti-apartheid activists both inside and outside the country, discriminatory laws began to be repealed or abolished from 1990 onwards.