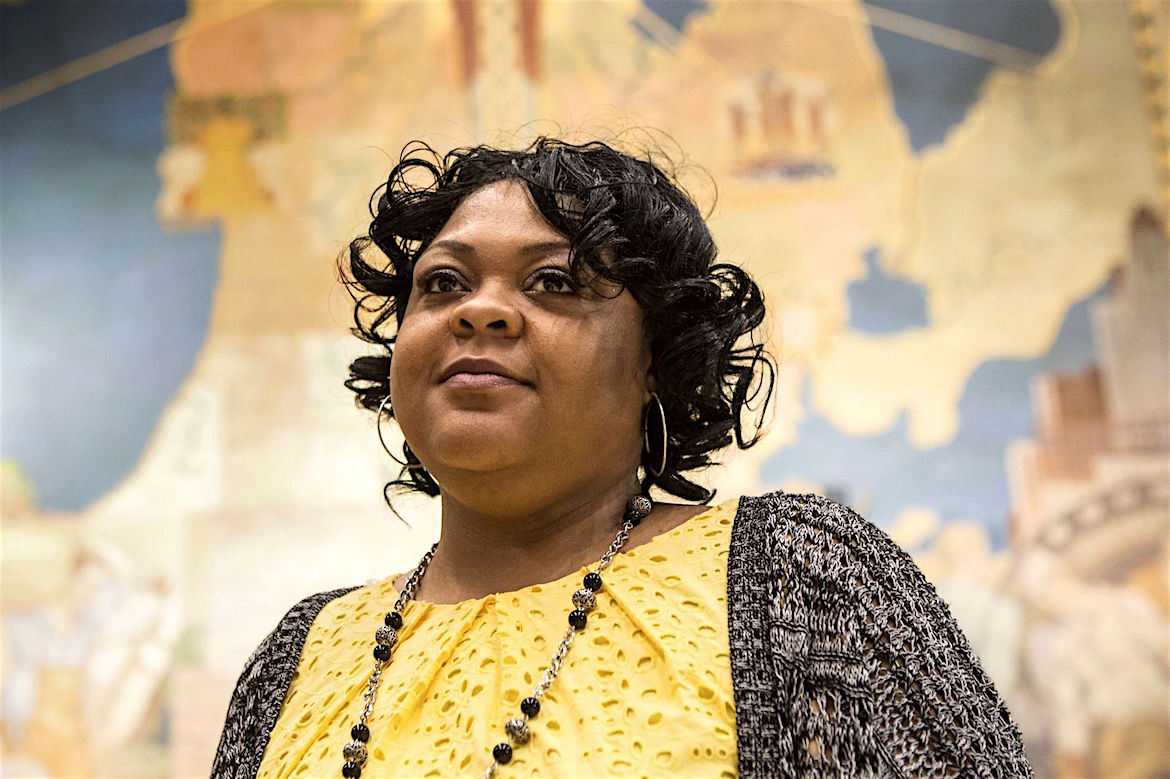 It was nearing midnight, and the scent of grease still clung to Ardelia Ali’s Burger King uniform as the city bus wheezed to a stop on Detroit’s 7 Mile Road. It had been a long, lumbering ride in from the suburbs, where she sold Woody and Buzz Lightyear puppets with Kids Club meals all afternoon, and her head was ringing: Howdy, pardner. She stepped into the November chill, turned up the hood of her coat, and hurried over the cracked sidewalk, meaning to make it to her grandmother’s warm bungalow before the cold sunk too deeply into her bones. It was only about a block from the bus stop, and when she turned the corner, she saw the yellow house lights shining, waiting for her. At first, the thump of his steps was muted by the shrieking traffic over on Gratiot Avenue. But from the streetlight, she saw his shadow rise above her own. He was moving quickly, so Ardelia stepped aside onto a patch of grass to let him pass by. He didn’t.

What he did was grab her by the back of her coat. “Bitch, walk.” The shock of it stopped her voice. He clicked open a switchblade and put it to her right temple. Her eyes darted past his face, shaded by the hood on his jacket and his ball cap, to the lit-up house. She willed someone to step outside: her grandmother, her mother, an uncle, please God, anyone.[perfectpullquote align=”full” cite=”” link=”” color=”” class=”” size=”16″]SHERYL SANDBERG DONATED AN UNSOLICITED $25,000 TO THE CAUSE.[/perfectpullquote]He loomed behind her as they walked right past the house and into a vacant field of overgrown weeds, broken glass—the sort of aggressive detritus that reminds you that no place is ever really empty. He stuffed his hands in the pockets of her blue uniform, feeling for what he could find: seven crumpled dollars. Then he pushed the small of her back, forcing her to bend over, and she shuddered as he unzipped his blue jeans and yanked the pants of her uniform to her ankles.

It was a Saturday evening, November 18, 1995. At 18 years old, Ardelia had never had a boyfriend before, or slept with anyone. She was still shaking and bent when he told her to keep her head down and count to 20 while he ran off. One. Two. Three….

She made it to 15 before tugging up her pants and running toward her grandmother’s house on Alwar Street, yelling and weeping. Before she got there, her Uncle Damon, who’d just left his mother’s, caught sight of her. He slowed his car to a stop and rolled down the window to ask what had happened. Raped. I just got raped. He told her to climb into the car and drove her the rest of the way.[perfectpullquote align=”full” cite=”” link=”” color=”” class=”” size=”16″]EVERY KIT WAS SEALED—​AND UNTESTED.[/perfectpullquote]When the door opened back at the house, there was her grandma, the soft-voiced woman Ardelia is named after, who moved toward her, who hugged her. Ardelia’s skin was cold. Her breath: She just couldn’t seem to catch it. They tried to make sense of what she was saying. “Who? Who did this to you? Do you know who it was?” She didn’t know. In fact, it would be 20 years before she’d learn his name.


By the summer of 2009, not many people came through the police warehouse in Detroit’s Poletown East neighborhood anymore—a gray concrete and red brick building tagged with graffiti and surrounded by a chain link fence, crowned with barbed wire. But one day in August, assistant Wayne County prosecutor Rob Spada was taking a tour, guided by local police officers.

Clean-cut and clean-shaven, Spada has prematurely silver hair, giving him a kind of Anderson Cooper vibe. His office had learned of serious problems with ballistics testing at the city crime lab, and they were planning on reviewing evidence from old cases to determine whether new trials were necessary. The warehouse air was hot and musty. There were tall racks of silver steel, row upon row of them, each crowded with white cardboard file boxes. Some were sealed but others yawned open, exposed to the elements. Spada pointed. “What are those?” he asked. Rape kits, one of the officers answered.

Economic constraints in Detroit and Wayne County mean we cannot bring these criminals to justice without the donations of individuals and philanthropic organizations. The Enough SAID campaign is an independent collaboration between the Michigan Women’s Foundation, the Wayne County Prosecutor’s Office and the Detroit Crime Commission. The goal of this collaboration is to raise private sector funding to test more than 11,000 forgotten rape kits, investigate the crimes and prosecute the resulting cases, thus securing justice and closure for victims and ensuring a safer community for everyone. The estimated cost to address the problem is $10 million. So far, funds have been raised to process 10,000 of the 11,341 backlogged kits, but the fight for justice is far from over. The major expense of this effort will be investigating and prosecuting the assailants who are identified. As a comparison, Cleveland, Ohio had a backlog of 4,000 rape kits and has hired 35 investigators to address the backlog. Detroit currently has 12 investigators. That’s not nearly enough.

The great majority of the victims of these unsolved crimes are black women. Our mothers. Our sisters. Our daughters. Our neighbors. Our aunts. Our cousins. Our friends. Women who look and live like us. Now is the time for black women to use our voices and resources to show sexual assault victims that they have not been forgotten. Now is the time for Detroiters (and those of us who care about Detroiters) to demonstrate that we believe that those who commit sexual assault must be held accountable. While leaders in cities such as Houston and Cleveland have identified government resources to address their rape kit backlog, Detroit is not in a financial position to fund this critical effort.

The calvary isn’t coming. As June Jordan famously said, “We are the ones we’ve been waiting for.” Black women volunteers have created the “Enough SAID 490 African American Challenge.” Through the Enough SAID African American 490 Challenge, we will leverage the power of black women in our community to raise money for and awareness about this important issue. (Crowdrise)