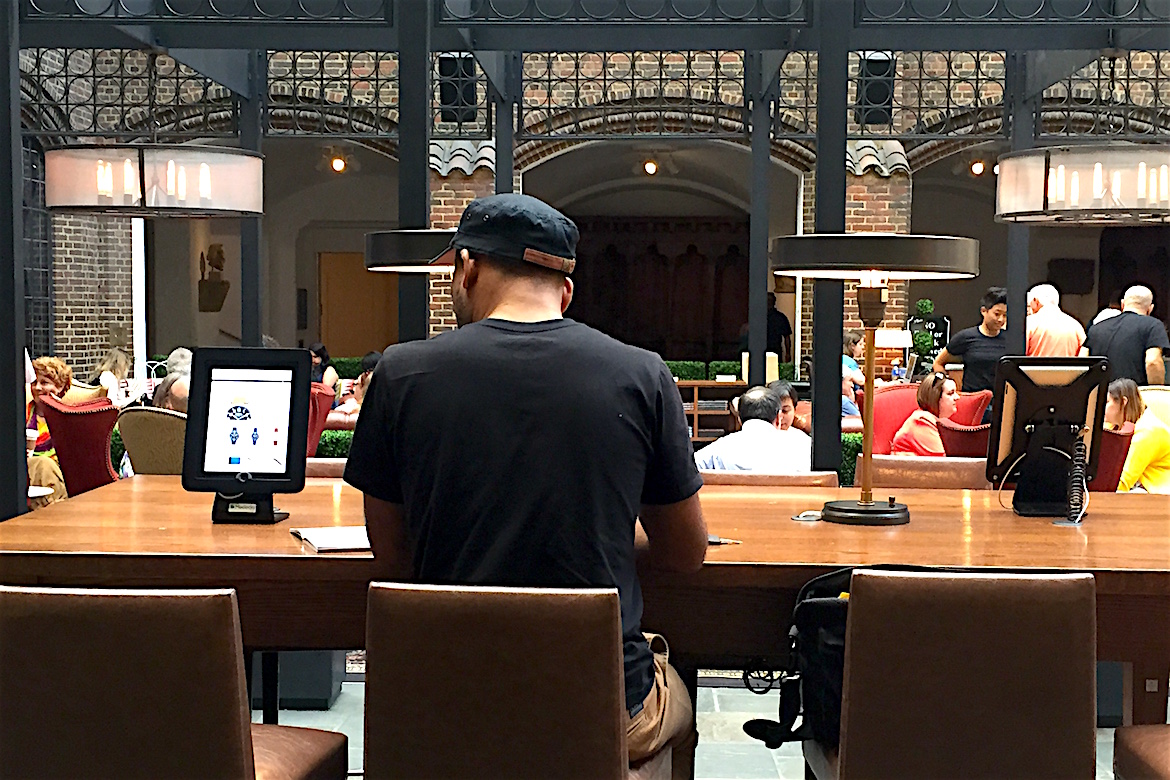 In a city or town, a quick look around will tell you the racial makeup of the community you’re in. But on a webpage, there’s no easy way of telling who else is visiting. Some sites make it clear that they’re geared toward members of a certain race: The Root, for example, describes itself as a destination for “black news, opinions, politics, and culture.” Elsewhere, visitors have to guess a site’s target audience based on its content—or they may conclude that race doesn’t matter on most of the internet.

But that latter idea is one that a group of academic researchers who study race and the internet have been pushing back against for decades. With training in different backgrounds—sociology, media studies, internet culture—they contend that the internet is far from raceless; in fact, they say, most of the internet is targeted at one demographic in particular.

Because of its history as a product of technology companies that are staffed overwhelmingly by white employees, the internet is largely made by, and for, white people, the researchers argue. “Those with the most access and capital are more likely to control the culture of the internet and reproduce it in their interests,” said Safiya Noble, a professor of information studies at UCLA who has published research about examining the role of race in social media and search engines. “The web is a white space and its sensibility otherizes non-whites.”

Internet scholars have been kicking around this idea since the early days of the World Wide Web, but it’s a particularly difficult one to test experimentally. Unlike studies that catalog how discrimination leads to generations of segregation in physical spaces—redlining in major American cities, for example—it’s not as easy to detect similar patterns on the web.

Detroit Institute of Art, Kresge Court
[two_fifth padding=”0 25px 0 10px”]The Root
DIGITAL MAGAZINE[/two_fifth][three_fifth_last padding=”0 0px 0 10px”]The Root is an English-language American online magazine of African-American culture launched on January 28, 2008, by Henry Louis Gates Jr. and Donald E. Graham, and was owned by Graham Holdings Company through its online subsidiary, The Slate Group. The Root has over 210,000 followers on Twitter and has a section called The Chatterati devoted to coverage of Black Twitter.
See Also

In 2015, Graham Holdings sold The Root to Univision Communications. The Root 100 is the magazine’s annual “list of the 100 most important black influencers between the ages of 25 and 45.”