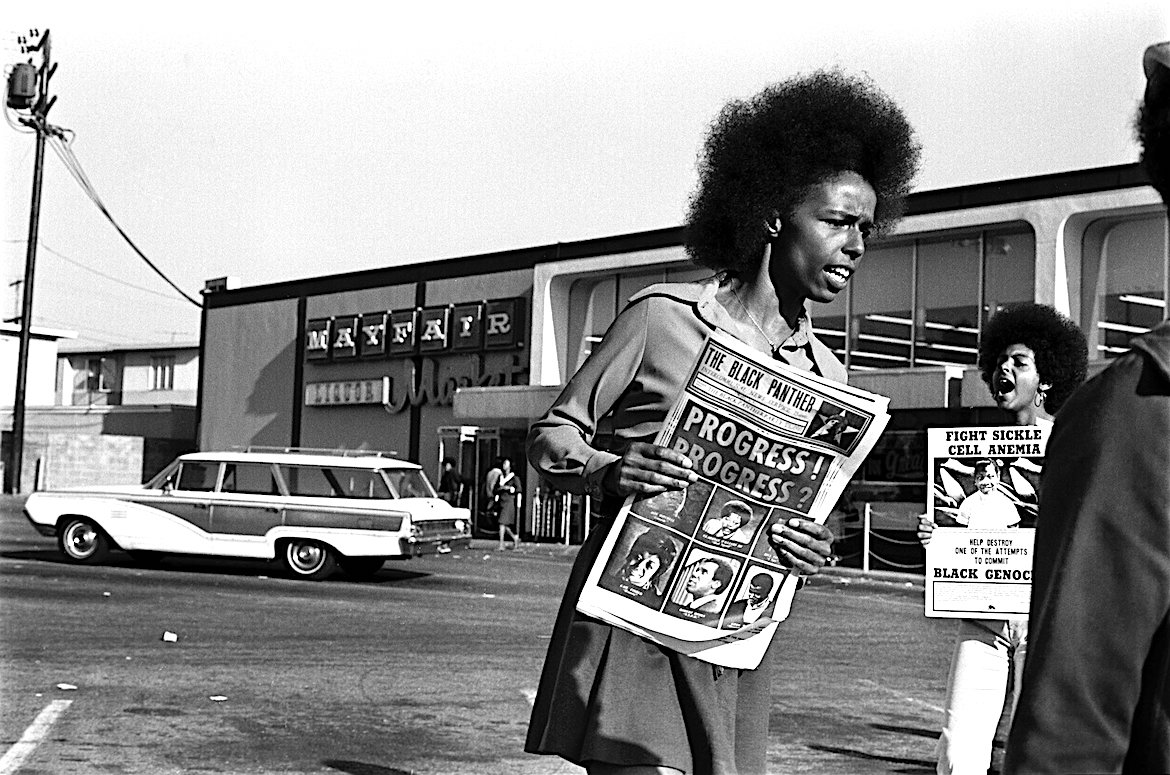 A black man helps an older African-American woman as she shops in an Oakland, Calif., supermarket. The image from 1972, by Stephen Shames, documents an initiative to protect the elderly in a crime-ridden neighborhood.[/two_fifth][three_fifth_last padding=”0 0px 0 10px”] It doesn’t just show community activism, it also challenges lurid media stereotypes about the organization responsible for the initiative: the Black Panther Party.

This is one of many photographs in an important new book by Mr. Shames and Bobby Seale, “Power to the People: The World of the Black Panthers” (Abrams), that help us to better understand one of the most innovative, if controversial, American movements for racial equality and justice. An accompanying exhibition of Mr. Shames’s Panther photographs opens this month at the Steven Kasher Gallery in New York.

Published on the 50th anniversary of the party’s founding, “Power to the People” constitutes an impressionistic visual and oral history of the Panthers. It combines in-depth commentary by Mr. Seale, a major figure within the Panthers; the photographs and observations of Mr. Shames, the group’s principal visual chronicler; excerpts of interviews Mr. Shames conducted with party leaders — including Kathleen Cleaver, Emory Douglas, Elbert (Big Man) Howard, Ericka Huggins, Billy X Jennings and Jamal Joseph — as well as the words of Huey P. Newton and Eldridge Cleaver.


Federal Bureau of Investigation Director J. Edgar Hoover called the party “the greatest threat to the internal security of the country”, and he supervised an extensive program (COINTELPRO) of surveillance, infiltration, perjury, police harassment, and many other tactics designed to undermine Panther leadership, incriminate party members, discredit and criminalize the Party, and drain the organization of resources and manpower. The program was also accused of assassinating Black Panther members.