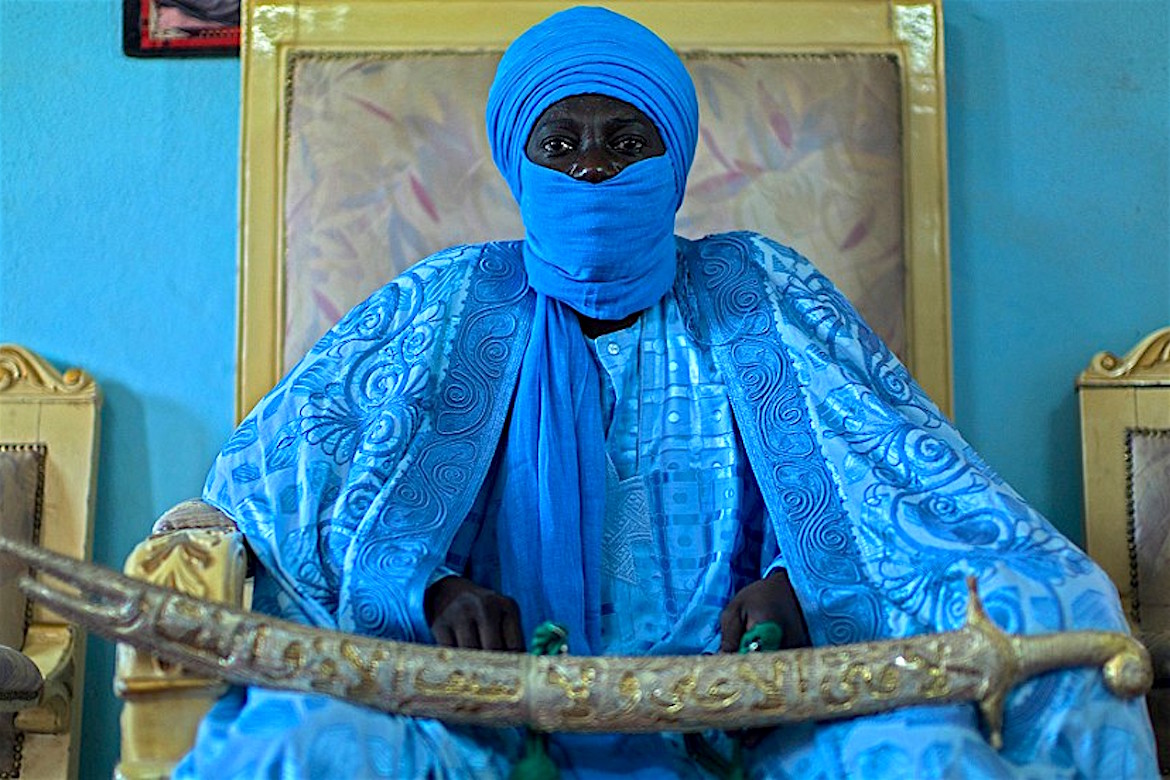 Abumbi II, the 11th fon, or king, of Bafut, Cameroon, has close to 100 wives. They weren’t all his to start. According to local tradition, when a fon dies, his successor inherits all his wives and then marries his own queens.[/two_fifth][three_fifth_last padding=”0 0px 0 10px”]“The queens have a great role to play in the fondom,” notes Prince Nickson, also of Bafut, noting that it is up to these women behind the man to shape him in his kingly role.

“Our tradition has it that when you are king, the elderly wives remain to hand down the tradition to the younger wives, and also to teach the king the tradition because the king had been a prince, not a king.”

Despite the fact that polygamy is legal in Cameroon, the data shows that there are far fewer polygamous marriages across the African continent. The practice is being challenged by changing values, the spread of the Christian faith, the growing appeal of the western way of life but also the rising costs of having large families. It is against this backdrop that Cameroon’s traditional rulers must walk the fine line between two often conflicting cultures.

King Abumbi says it is his job to preserve the culture of his people and their local traditions, meaning his wives are very important to him

King Fon Abumbi II, with two of his wives. He is the head of one of the traditional kingdoms in Cameroon, where he has close to 100 wives

Bafut Palace in Cameroon, which is the seat of King Abumbi. The palace is a major tourist attraction and is listed as one of the world’s most endangered sites
[two_fifth padding=”0 25px 0 10px”]The Education Trust
OFFICIALLY, REPUBLIC OF CAMEROON[/two_fifth][three_fifth_last padding=”0 0px 0 10px”] Cameroon (/ˌkæməˈruːn/; French: Cameroun), officially the Republic of Cameroon (French: République du Cameroun), is a country in West Africa. It is bordered by Nigeria to the west; Chad to the northeast; the Central African Republic to the east; and Equatorial Guinea, Gabon, and the Republic of the Congo to the south. Cameroon’s coastline lies on the Bight of Bonny, part of the Gulf of Guinea and the Atlantic Ocean.


Cameroon is home to more than 1738 different linguistic groups. French and English are the official languages. The country is often referred to as “Africa in miniature” for its geological and cultural diversity. Natural features include beaches, deserts, mountains, rainforests, and savannas. The highest point at almost 4,100 metres (13,500 ft) is Mount Cameroon in the Southwest Region of the country, and the largest cities in population-terms are Douala on the Wouri river, its economical capital and main seaport, Yaoundé, its political capital, and Garoua. After independence, the newly united nation joined the Commonwealth of Nations, although the vast majority of its territories had previously been a German colony and, after World War I, a French mandate. The country is well known for its native styles of music, particularly makossa and bikutsi, and for its successful national football team.

Early inhabitants of the territory included the Sao civilisation around Lake Chad and the Baka hunter-gatherers in the southeastern rainforest. Portuguese explorers reached the coast in the 15th century and named the area Rio dos Camarões (Shrimp River), which became Cameroon in English. Fulani soldiers founded the Adamawa Emirate in the north in the 19th century, and various ethnic groups of the west and northwest established powerful chiefdoms and fondoms. Cameroon became a German colony in 1884 known as Kamerun.

Cameroon enjoys relatively high political and social stability. This has permitted the development of agriculture, roads, railways, and large petroleum and timber industries. Nevertheless, large numbers of Cameroonians live in poverty as subsistence farmers. Power lies firmly in the hands of the authoritarian president since 1982, Paul Biya, and his Cameroon People’s Democratic Movement party. The English-speaking territories of Cameroon have grown increasingly alienated from the government, and politicians from those regions have called for greater decentralization and even secession (for example: the Southern Cameroons National Council) of the former British-governed territories.