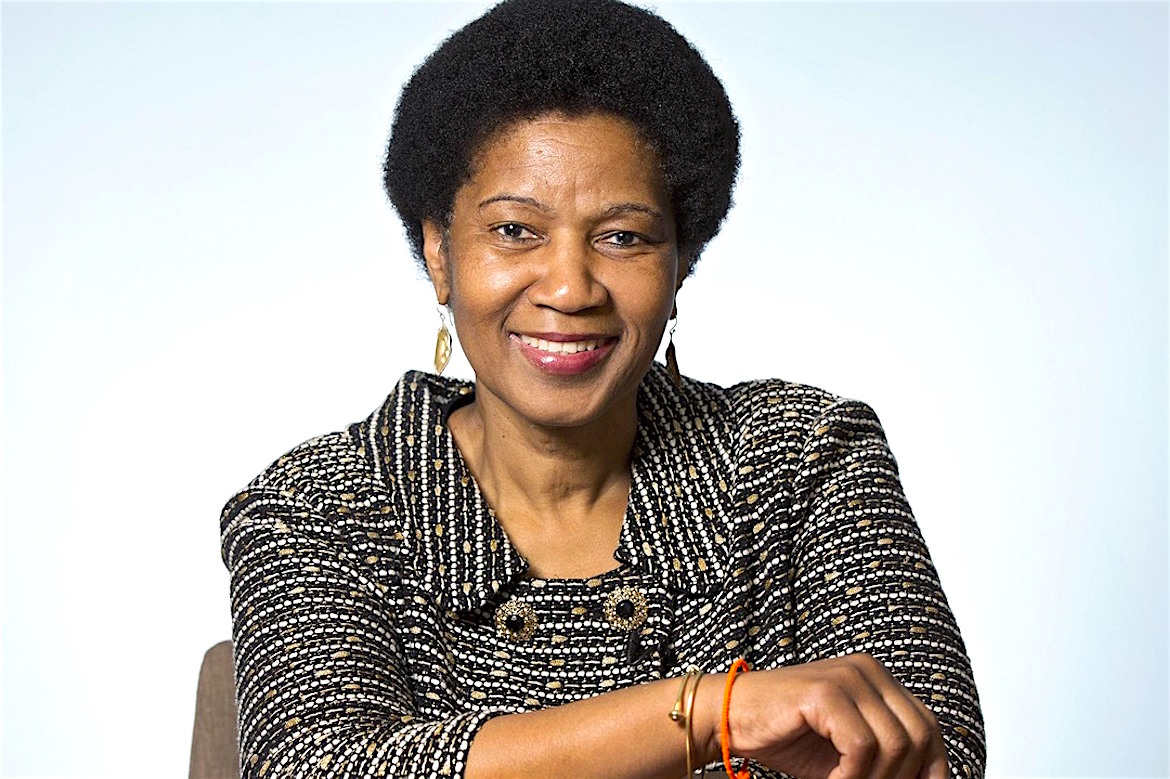 Throughout August, South Africa celebrated 60 years since Charlotte Maxeke, Helen Joseph, Rahima Moosa and many other fierce activists led a march of over 20 000 women to the Union Buildings in protest against the use of passes by women.[/two_fifth][three_fifth_last padding=”0 0px 0 10px”]Here at Okayafrica, we’ve been reflecting on the achievements of phenomenal black women, like these eight writers who changed South Africa’s literary game.

As Women’s Month comes to a close, we look back at just a few more of the glass ceilings shattered since the 1956 Women’s March. Below, we reflect on seven times South African women have already made history this century.

Year: 2004
South Africa’s print media, as with many other industries, has long been dominated by men. The 2004 appointment of Ferial Haffajee, then 36, as the first woman to edit a major South African newspaper was a tremendous milestone for women in the newsroom.

“As a female editor, in South Africa, I will bring a different touch to the M&G. I will want to use our investigative resources to look at some pretty serious gender problems we have – like the rate of rape and the rate of sexual violence,” Haffajee told AllAfrica at the time of her appointment as the editorial head of Mail and Guardian. “I hope that we will be able to profile the many young, black or coloured women who are coming up through the ranks, be able to show a different form of leadership in the way that I represent, I think, a different shape of leadership.”

After leaving Mail and Guardian in 2009, Haffajee joined City Press as Editor-in-Chief. She resigned from the post in July. Next up for Haffajee? She’ll join the business news publisher Bloomberg as a writer beginning in September.

UN Women became operational in January 2011. Former president of Chile Michelle Bachelet was the inaugural Executive Director, and Phumzile Mlambo-Ngcuka is the current Executive Director. As with UNIFEM previously, UN Women is a member of the United Nations Development Group.

In response to the UN General Assembly resolution 63/311, in January 2006 the Secretary-General presented the report A/64/588, entitled “Comprehensive Proposal for the Composite Entity for Gender Equality and the Empowerment of Women.” In his report, the Secretary-General resolved that, rather than relieving other parts of the United Nations system of their responsibility for contributing to the promotion of gender equality and women’s empowerment, the new entity should seek to sharpen the focus and impact of the gender equality activities of the entire United Nations system. Additionally, Secretary-General Ban Ki-moon estimated that approximately $125 million per annum were needed for operating costs and “start-up” capacity at the country, regional, and headquarters levels. Moreover, an additional $375 million per annum were needed in the initial phase to respond to country level requests for programmatic support.

After years of negotiations between UN Member States, women’s groups and civil society, on 2 July 2010 the United Nations General Assembly unanimously adopted the resolution 64/289, thus creating UN Women by merging the Division for the Advancement of Women (DAW); the International Research and Training Institute for the Advancement of Women (INSTRAW, established in 1976); the Office of the Special Adviser on Gender Issues Advancement of Women (OSAGI, established in 1997), and the United Nations Development Fund for Women (UNIFEM, established in 1976). Secretary-General Ban Ki-moon announced at the founding of the movement that he is “grateful to Member States for having taken this major step forward for the world’s women and girls. UN Women will significantly boost UN efforts to promote gender equality, expand opportunity, and tackle discrimination around the globe.

The mandate and functions of UN Women consist of the consolidated mandates and functions of the Office of the Special Adviser on Gender Issues and Advancement of Women, the Division for the Advancement of Women, the United Nations Development Fund for Women and the International Research and Training Institute for the Advancement of Women. In addition, the entity must lead, coordinate and promote the accountability of the United Nations system in its work on gender equality and women’s empowerment. The goal of UN Women is to enhance, not replace, the efforts by other parts of the UN system such as UNICEF, UNDP, and UNFPA, all of which will continue to work for gender equality and women’s empowerment in their areas of expertise.”