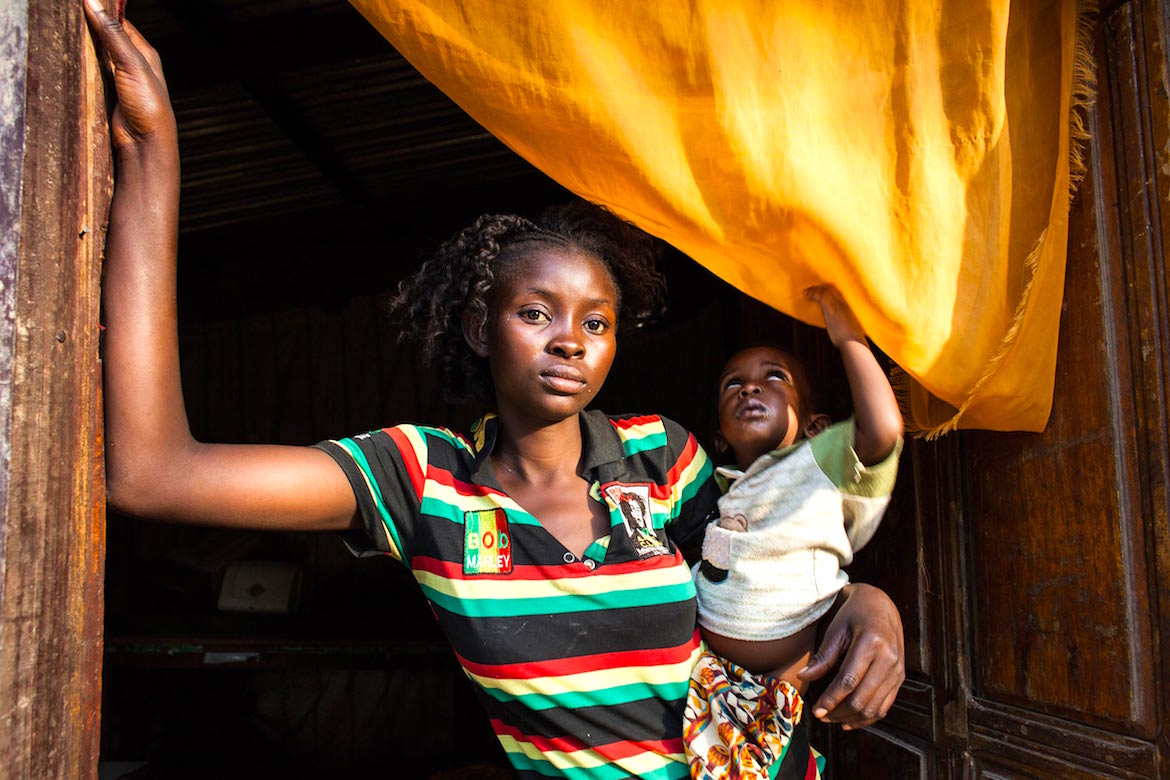 272 Slaves Were Sold to Save Georgetown. What Does It Owe Their Descendants?

In the op-ed below, Mamello Sejake discusses the war on women’s bodies in South Africa and taking part in yesterday’s silent protest at Wits University in Johannesburg.[/two_fifth][three_fifth_last padding=”0 0px 0 10px”]Most days, before I get dressed, I have to ask myself how much I can take. On days when the answer is “not much,” I’ll change what I’m wearing because the simple act of walking through town in shorts or a low-cut top adds too much to my burden. There are times, too many times actually, when I’ve felt dirty and disrespected by the harassment I’ve had to stomach outside, or that I’ve had to pretend my fear doesn’t exist while walking past a group of men whose lustful gazes I couldn’t escape.

By occupying the female form, whether you like it or not, and irrespective of how brave you are, you are constantly at risk of becoming a casualty in the war against women’s bodies.

I come from a lineage of strong women who kicked down doors and called bullshit on the belief that certain jobs and spaces are solely for men. We’re lightyears ahead of our ancestors. Yet despite their unrelenting efforts,, many women––even those with fire in their eyes––continue to stand merciless at the hands of gender-based violence.

Bangui, CAR- A 16-year-old girl inspects the remains of her family’s home. She said that last year, before violence forced the family to flee, she had a sexual relationship with a Moroccan peacekeeper. Over several weeks and five or six meetings, he gave her a total of about $50, she says. (By: Jane Hahn)

Bangui, CAR- A young woman, holding her 1-year-old daughter, says that when she was 17, a peacekeeper from the Republic of the Congo coerced her into having sex for money and food, leaving her pregnant. (By: Jane Hahn)

Bangui, CAR- Annie, 29, holds her 2-month-old son, who she says was fathered by a soldier from Gabon. (By: Jane Hahn)

Bangui, CAR- Rosine Mengue, 18, holds her 1-year-old son in her home in the Castors neighborhood in Bangui, Central African Republic on Sunday, February 14, 2016. She says she was 16 when a Moroccan peacekeeper coerced her into sex for money, paying her a total of $8 for two visits and making her pregnant. (Jane Hahn for the Washington Post)
[two_fifth padding=”0 25px 0 10px”]University of the Witwatersrand
SOUTH AFRICAN PUBLIC RESEARCH UNIVERSITY, JOHANNESBURG[/two_fifth][three_fifth_last padding=”0 0px 0 10px”]The University of the Witwatersrand, Johannesburg, is a multi-campus South African public research university situated in the northern areas of central Johannesburg. It is more commonly known as Wits University. The university has its roots in the mining industry, as do Johannesburg and the Witwatersrand in general. Founded in 1896 as the South African School of Mines in Kimberley, it is the third oldest South African university in continuous operation, after the University of Cape Town (founded in 1829), and Stellenbosch University (founded in 1866).


In 1959, the Extension of University Education Act forced restricted registrations of black students for most of the apartheid era; despite this, several notable black leaders graduated from the university. It was desegregated once again prior to the abolition of apartheid in 1990. Several of apartheid’s most provocative critics, of either European or African descent, were one-time students and graduates of the university.