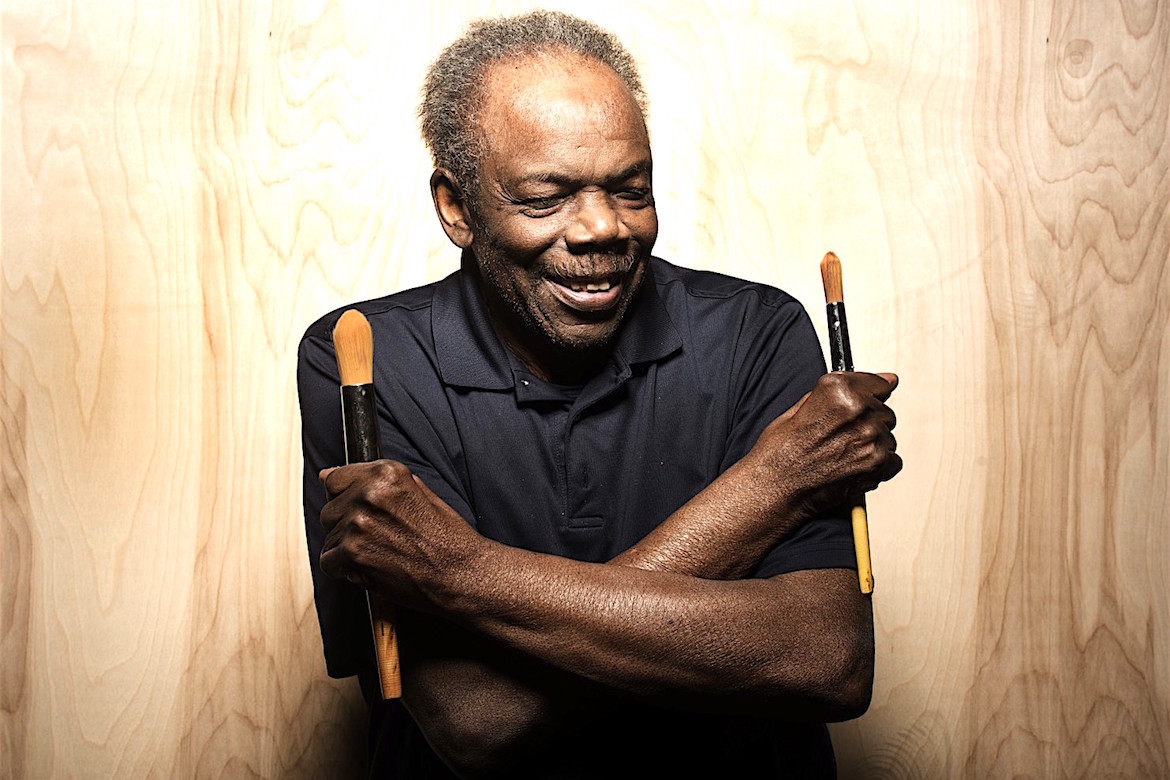 He’s joking, though a little swagger would be understandable at the moment. At 82, Gilliam is coming off the opening of a critically acclaimed exhibition in Los Angeles. The Metropolitan Museum of Art and MOMA recently acquired works of his. Come September, the Smithsonian’s new National Museum of African American History and Culture will unveil a sprawling piece, 28-feet-long, that is one of the highest-profile commissions of his career.

This artistic rebirth has caught even those closest to him by surprise. Just a few years ago, Gilliam was unable to work or really function at all. Then a new set of doctors, prodded by his family, determined that what ailed the artist wasn’t his health but overzealous attempts to manage it. Changes were made, medications dropped, and recovery came quickly.

“He went from somebody who was sort of catatonic on the couch to somebody who realized he was fit enough to travel extensively,” says Melissa Gilliam, the second of his three daughters. “He went from not knowing whether he was able to paint again to climbing five flights of stairs. It’s been transformative for him.”


These days, Gilliam is a working artist. He heads to his studio five days a week, talks about acquiring another sports car and explores his latest artistic shift — the vibrant wooden panels varnished as deliciously as Icelandic glaciers. When his five-paneled piece is displayed in September, it will be the first time any of this new work has been shown to the public. And there’s more to come.

Gilliam is not easy to categorize. His work has been acquired by some of the world’s most important contemporary art collectors, but he’s not a household name. He’s a black artist who came of age during the civil rights movement, and he has a major piece going into the nation’s first federally owned museum devoted to African American culture. Yet he’s never been one for marches or political protests. If anything, he’s fought hard to keep his work from being defined by race. 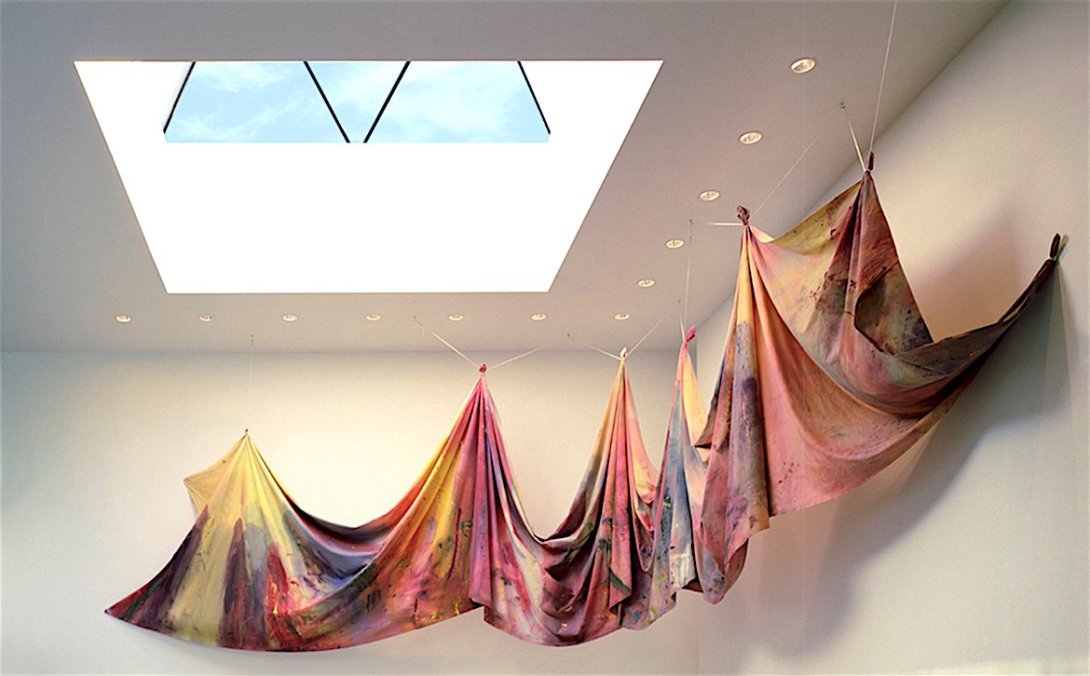 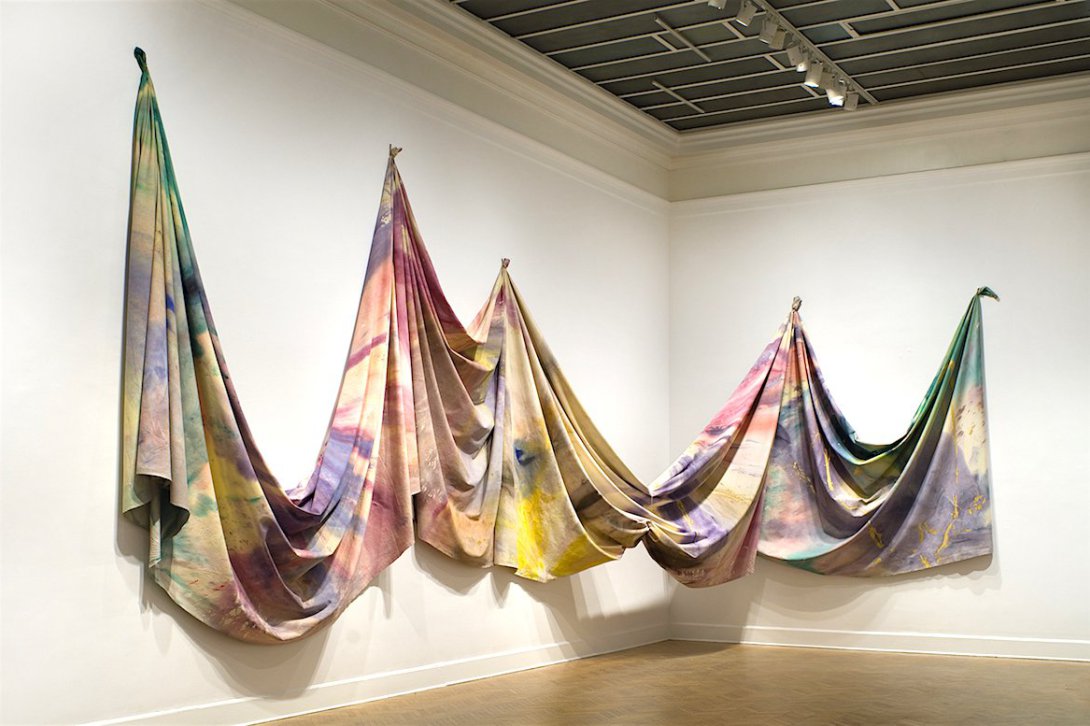 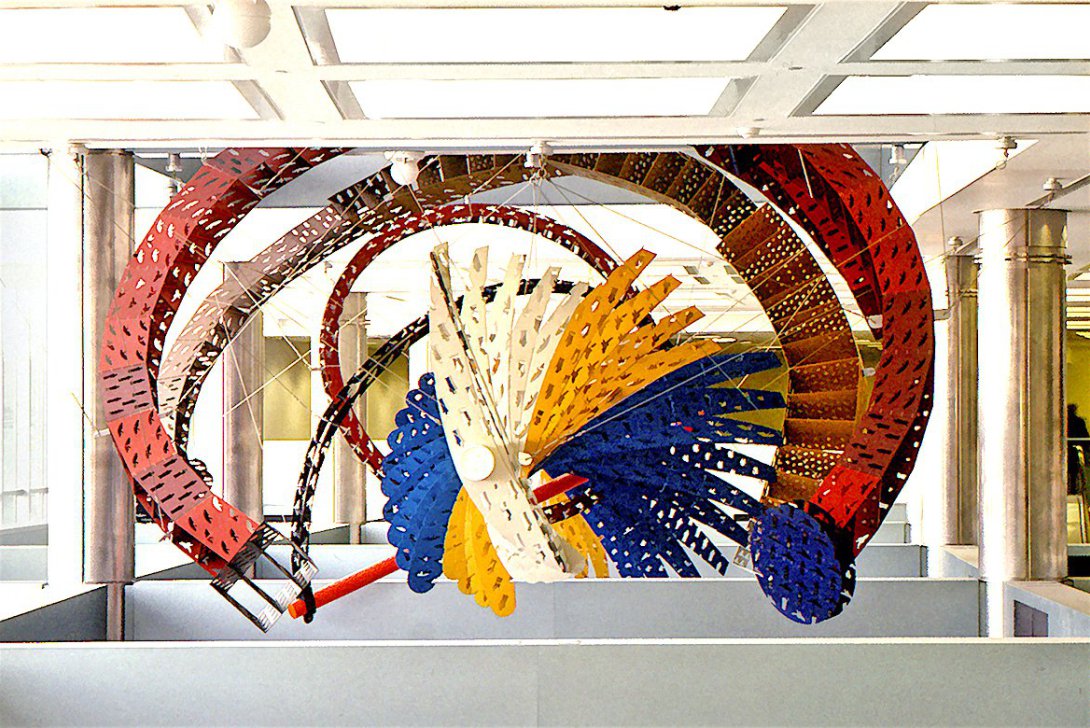 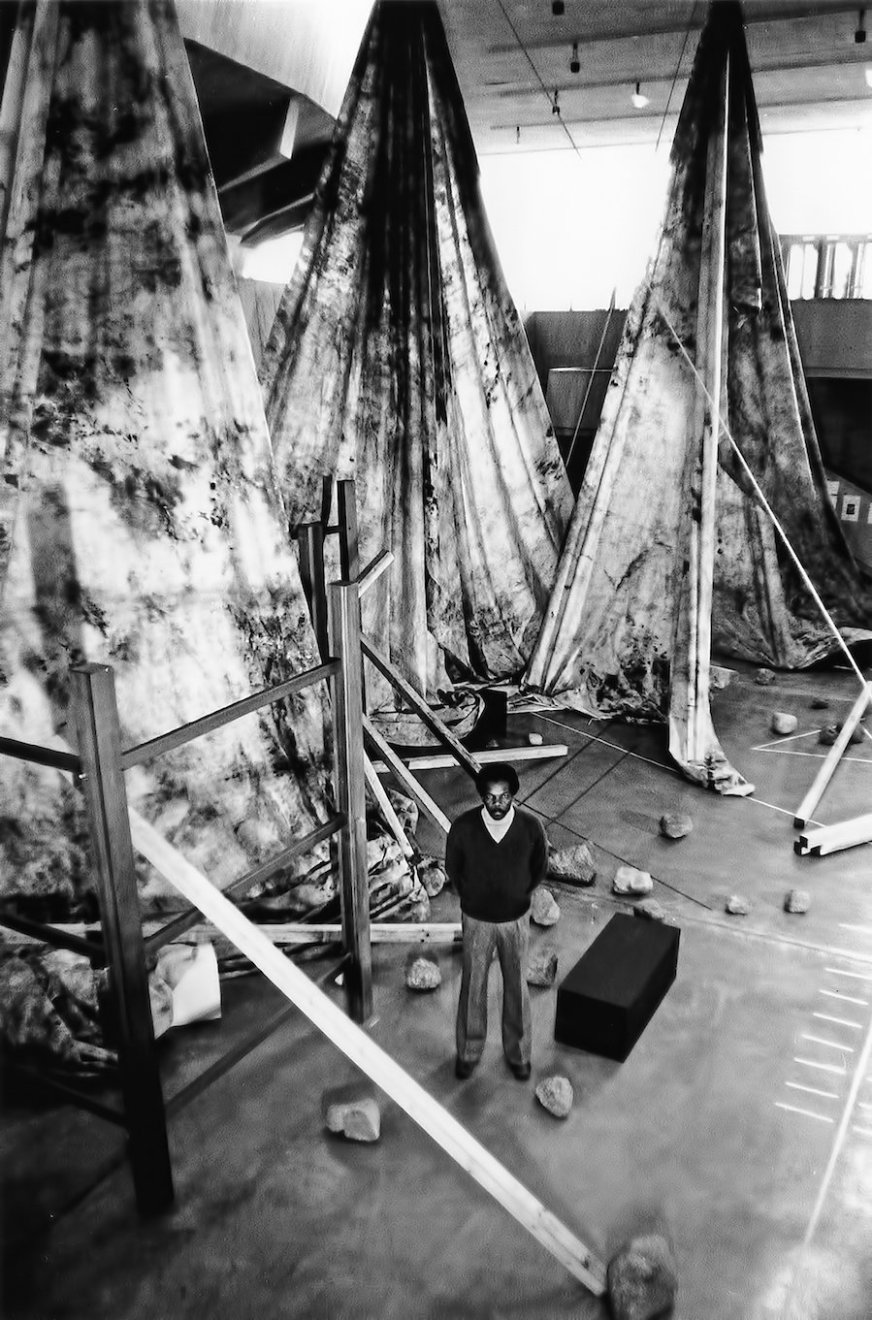 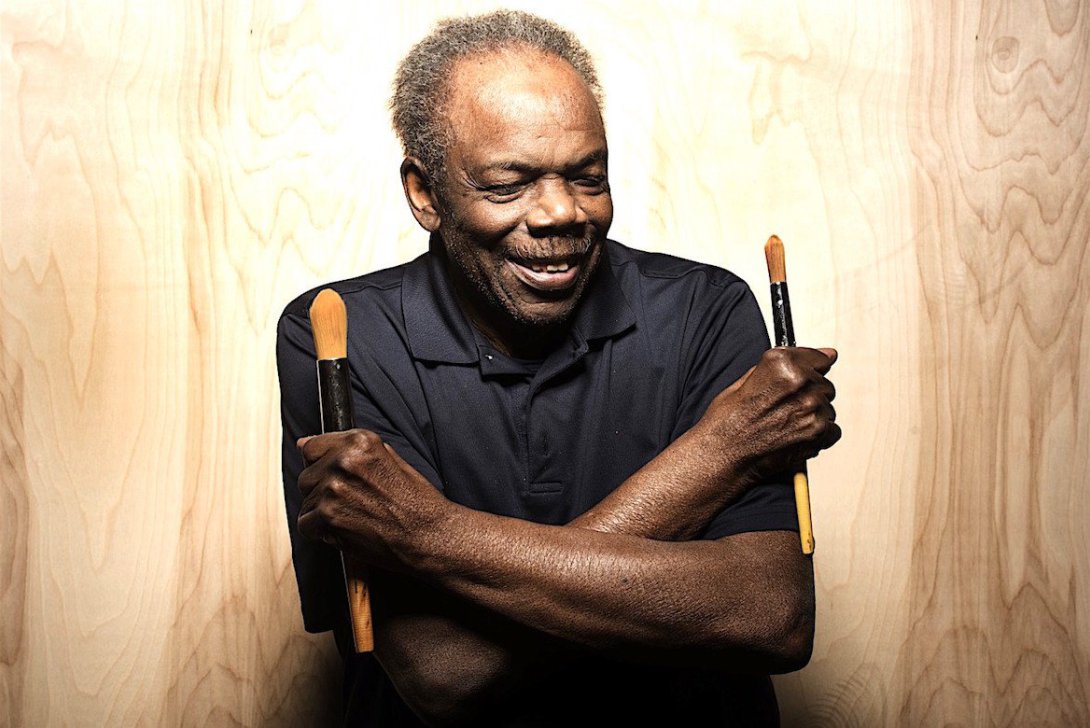 A visual-art movement of the late 1950s through the late-1960s centered in Washington, D.C., the Washington Color School describes a form of abstract art that developed from color field painting, itself a form of abstract art that explored ways to use large solid areas of paint, as exemplified by the work of Mark Rothko and Helen Frankenthaler. The Washington Color School originally consisted of a group of painters who showed works in an exhibit called the “Washington Color Painters” at the now-defunct Washington Gallery of Modern Art in Washington from June 25 to September 5, 1965. This exhibition, which subsequently traveled to several other venues in the United States, including the Walker Art Center, solidified Washington’s place in the national movement and defined what is considered[by whom?] the city’s signature art movement. The exhibition’s organizer was Gerald “Gerry” Nordland and the painters included Gene Davis, Morris Louis, Kenneth Noland, Howard Mehring, Thomas “Tom” Downing, and Paul Reed.

After their initial, benchmark exhibition, Davis, Mehring, Downing, and Reed exhibited at various times at Jefferson Place Gallery, which was originally directed by Alice Denney and later owned and directed by Nesta Dorrance. Other artists associated with the group include Sam Gilliam, Anne Truitt, Mary Pinchot Meyer, Leon Berkowitz, Jacob Kainen Alma Thomas, and James Hilleary, among others. The group is sometimes thought to have expanded as it achieved a dominant presence in the Washington, D.C. visual art community through the 1960s and into the 1970s. Along with the original Washington Color School painters, a second generation also exhibited at Jefferson Place Gallery. The movement remained influential even as some of its members dispersed elsewhere.

Hilda Thorpe (Hilda Shapiro Thorpe) was a color field painter who made oversized paintings and paper sculpture and who taught a generation of metro Washington, D.C. artists. Other Washington Color School female artists include Anne Truitt, whose work relates to the ‘minimalist-purity’ side of three-dimensional painterly objects and painters, Mary Pinchot Meyer, and Alma Thomas. Other works reflecting the ethos of the Washington Color School include Sam Gilliam’s suspended paintings (by contrast they are almost baroque in sensibility), Rockne Krebs’ transparent sculptures, light and laser works, Ed McGowin’s vacuum-formed pieces which he was ending and moving towards a more personal art (tableau), Bill Christenberry’s neon works, which led him to deal more directly with his roots, and the work of Bob Stackhouse and Tom Green. Finally, a newly discovered Washington Color School artist named Gil Cuatrecasas was appraised by a nationwide advisory board under the name “Rediscovered Masters” in 2014. In the early seventies, Cuatrecasas created colorful, mural-sized paintings with floating dendritic forms, culminating in multiple group and solo exhibitions at both the Museum of Modern Art in Brazil and in Argentina, as well as the Houston Museum of Contemporary Art. The artist exhibited with Washington Color School artists in 1964 in a traveling exhibition titled “Nine Contemporary Painters,” curated by Lawrence Alloway of the Guggenheim Museum in New York.