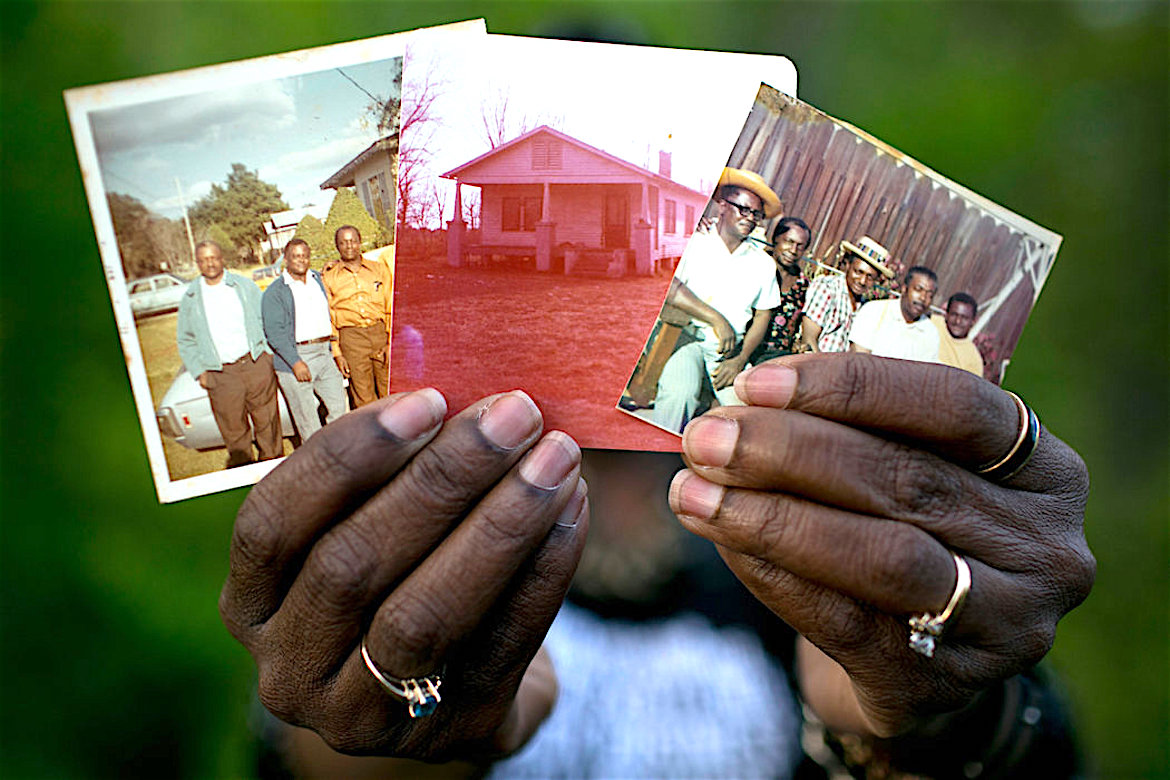 7 Times South African Women Have Made History This Century


In 1838, the Jesuit priests who ran the country’s top Catholic university needed money to keep it alive. Now comes the task of making amends.[/two_fifth][three_fifth_last padding=”0 0px 0 10px”]WASHINGTON — The human cargo was loaded on ships at a bustling wharf in the nation’s capital, destined for the plantations of the Deep South. Some slaves pleaded for rosaries as they were rounded up, praying for deliverance.

But on this day, in the fall of 1838, no one was spared: not the 2-month-old baby and her mother, not the field hands, not the shoemaker and not Cornelius Hawkins, who was about 13 years old when he was forced onboard.

Their panic and desperation would be mostly forgotten for more than a century. But this was no ordinary slave sale. The enslaved African-Americans had belonged to the nation’s most prominent Jesuit priests. And they were sold, along with scores of others, to help secure the future of the premier Catholic institution of higher learning at the time, known today as Georgetown University.

Now, with racial protests roiling college campuses, an unusual collection of Georgetown professors, students, alumni and genealogists is trying to find out what happened to those 272 men, women and children. And they are confronting a particularly wrenching question: What, if anything, is owed to the descendants of slaves who were sold to help ensure the college’s survival.

More than a dozen universities — including Brown, Columbia, Harvard and the University of Virginia — have publicly recognized their ties to slavery and the slave trade. But the 1838 slave sale organized by the Jesuits, who founded and ran Georgetown, stands out for its sheer size, historians say.

At Georgetown, slavery and scholarship were inextricably linked. The college relied on Jesuit plantations in Maryland to help finance its operations, university officials say. (Slaves were often donated by prosperous parishioners.) And the 1838 sale — worth about $3.3 million in today’s dollars — was organized by two of Georgetown’s early presidents, both Jesuit priests.

Some of that money helped to pay off the debts of the struggling college.

At Georgetown, slavery and scholarship were inextricably linked. The college relied on Jesuit plantations in Maryland to help finance its operations, university officials say. (Slaves were often donated by prosperous parishioners.) And the 1838 sale — worth about $3.3 million in today’s dollars — was organized by two of Georgetown’s early presidents, both Jesuit priests.

Sandra Green Thomas at her home in New Orleans. Pictured behind her are William Harris and Charity P. Harris, her great-grandfather and great-grandmother, who were slaves in Maringouin, La. Credit William Widmer for The New York Times

Several of Charles Hill’s ancestors were among people the Jesuits sold to a Louisiana slave owner to ensure the survival of Georgetown. Credit William Widmer for The New York Times

Patricia Bayonne-Johnson, a descendant of another of the slaves sold by the Jesuits, is the president of the Eastern Washington Genealogical Society in Spokane, Wash., which is helping to track the slaves and their families. Credit Rajah Bose for The New York Times

Rochell Sanders Prater is a descendant of slaves sold by Jesuit priests. Ms. Prater, born in Louisiana, said that nobody in her family really talked about slavery. Credit Andrew Spear for The New York Times

The great-grandfather of Rochell Sanders Prater was a slave sold by Jesuit priests to help keep Georgetown University afloat. She shared family photos, including one of her grandmother’s house. Her father is in the photo at right, wearing glasses. Credit Andrew Spear for The New York Times


Georgetown’s founding by John Carroll, America’s first Catholic bishop, realized efforts dating from the settlement of the province of Maryland in 1634 to establish a local Roman Catholic college in the face of religious persecution. The university expanded after the American Civil War under the leadership of Patrick Francis Healy, who came to be known as its “second founder,” despite having been born into slavery. Jesuits have participated in its administration since 1805, a heritage Georgetown celebrates, but the university has always been governed independently of the Society of Jesus and of church authorities.