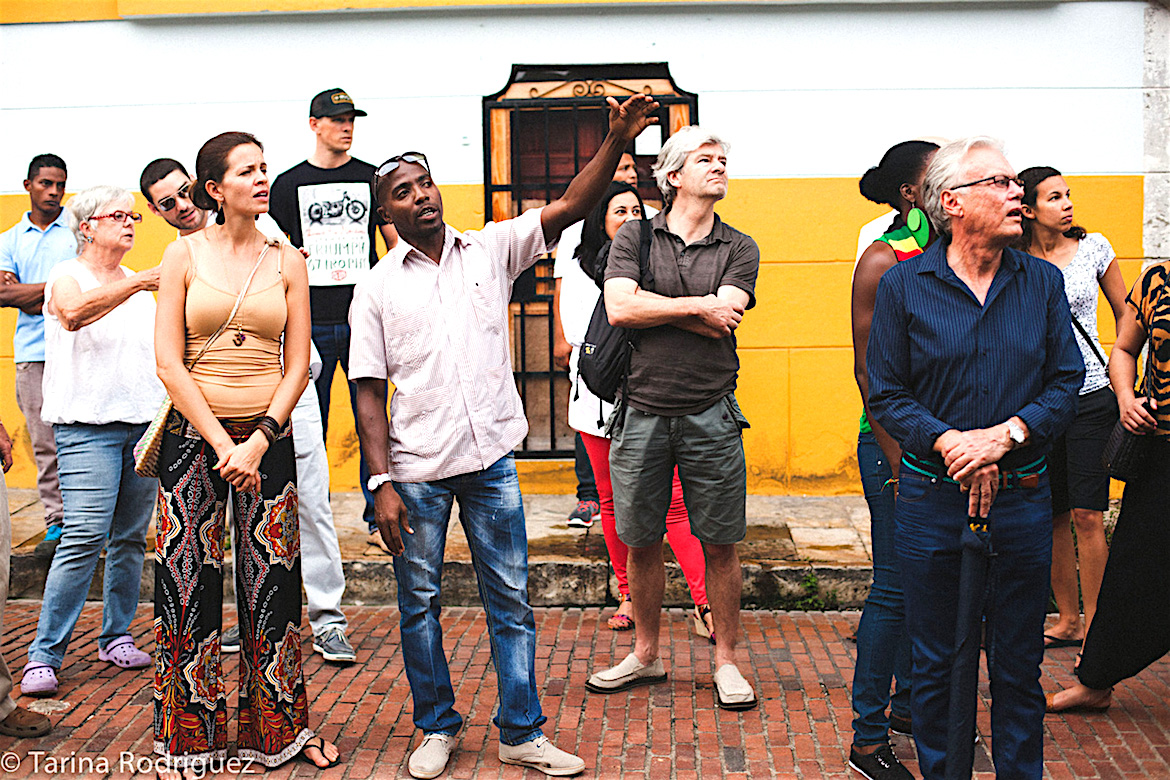 The proprietors of Fortaleza Tours have a fragile truce within the “red zone” of Panama City.[/two_fifth][three_fifth_last padding=”0 0px 0 10px”]In the eyes of Panamanian law, once you make it to a gang list, there’s no way off. But Fortaleza wants to change that. Not long ago, their tour guides may have been the ones to rob foreigners wandering through the area. Now, former gang members give tourists a behind-the-scenes look at their past gangland life, and all financial transactions with the tourists are voluntary. This documentary by MEL Films, Gang Tours of Panama, shows how violence is waning, the hospitality sector is moving in, and a relatively new feeling of safety has returned to the historic center of Panama City. [/three_fifth_last]

Fortaleza Tours. Panama. Photo Credit: Tarina Rodriguez
[two_fifth padding=”0 25px 0 10px”]Panama
OFFICIALLY: REPUBLIC OF PANAMA[/two_fifth][three_fifth_last padding=”0 0px 0 10px”]Panama, officially called the Republic of Panama (Spanish: República de Panamá), is a country usually considered to be entirely in North America or Central America. It is bordered by Costa Rica to the west, Colombia (in South America) to the southeast, the Caribbean to the north and the Pacific Ocean to the south. The capital and largest city is Panama City, whose metropolitan area is home to nearly half of the country’s 3.9 million people.

Panama was inhabited by several indigenous tribes prior to settlement by the Spanish in the 16th century. Panama broke away from Spain in 1821 and joined a union of Nueva Granada, Ecuador, and Venezuela named the Republic of Gran Colombia. When Gran Colombia dissolved in 1831, Panama and Nueva Granada remained joined, eventually becoming the Republic of Colombia. With the backing of the United States, Panama seceded from Colombia in 1903, allowing the Panama Canal to be built by the U.S. Army Corps of Engineers between 1904 and 1914. In 1977 an agreement was signed for the total transfer of the Canal from the United States to Panama by the end of the 20th century, which culminated on 31 December 1999.