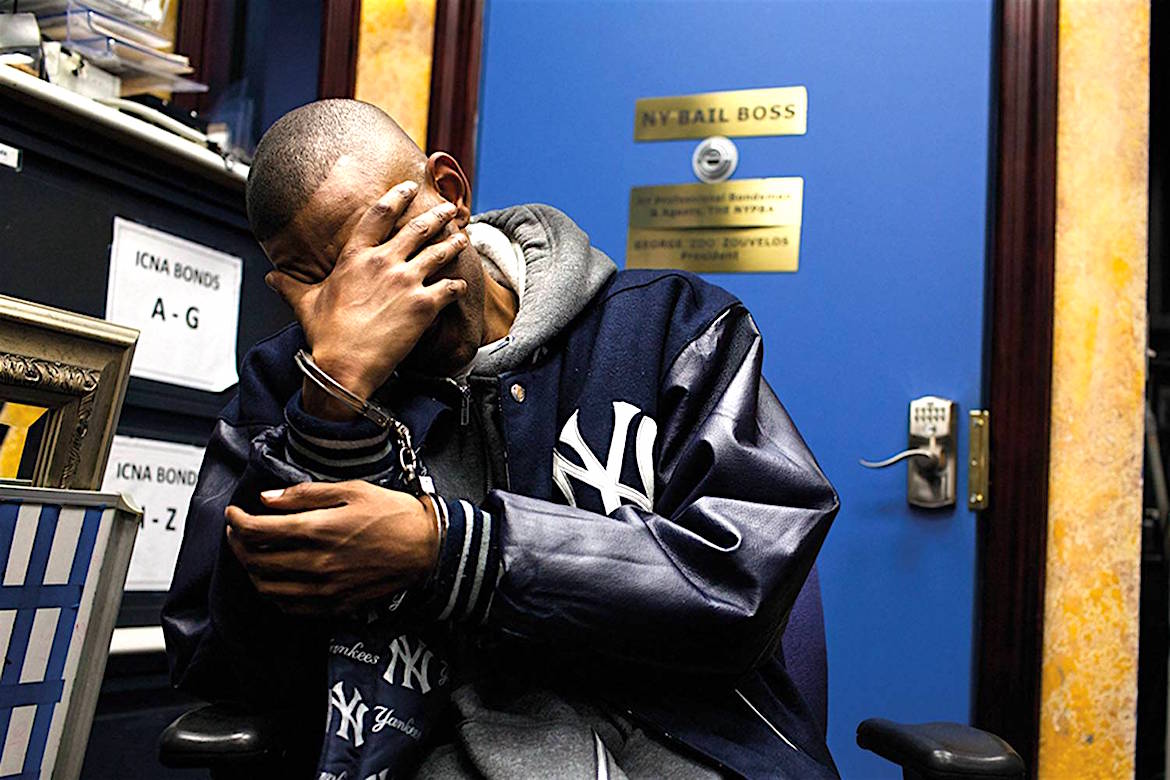 President Obama’s civil rights lawyers are seeking a potentially far-reaching ruling to hold that the Constitution forbids the common practice of keeping people in jail prior to a trial, even for minor offenses, just because they are too poor to pay for bail.[/two_fifth][three_fifth_last padding=”0 0px 0 10px”]Every day, about 450,000 people are held under arrest in city and county jails because they cannot afford bail, according to the Southern Center for Human Rights in Atlanta and Equal Justice Under Law, a Washington-based civil rights group.

Last week, the Justice Department intervened on their side in a Georgia case which challenges the use of fixed bail schedules for people who are arrested.

It began when Maurice Walker, a poor and disabled man, was arrested last year as a “pedestrian under the influence” and was held in jail for six days in Calhoun, Ga., because he could not afford the standard $160 bail.

The Constitution forbids “punishing people for their poverty,” the government’s civil rights lawyers argued in a brief to the 11th Circuit Court of Appeals in Atlanta. The 8th Amendment says “excessive bail shall not be required.” And the 14th Amendment, which protects the rights to liberty and equal protection of the laws, should be read to prohibit “bail practices that incarcerate indigent individuals before trial solely because of their inability to pay,” they said.


U.S. BILL OF RIGHTS, CONSTITUTION[/two_fifth][three_fifth_last padding=”0 0px 0 10px”]The Eighth Amendment (Amendment VIII) to the United States Constitution is the part of the United States Bill of Rights (ratified December 15, 1791) prohibiting the federal government from imposing excessive bail, excessive fines, or cruel and unusual punishment. The U.S. Supreme Court has ruled that this amendment’s Cruel and Unusual Punishment Clause also applies to the states. The phrases in this amendment originated in the English Bill of Rights of 1689.
See Also

The Eighth Amendment was adopted, as part of the Bill of Rights, in 1791. It is almost identical to a provision in the English Bill of Rights of 1689, in which Parliament declared, “as their ancestors in like cases have usually done…that excessive bail ought not to be required, nor excessive fines imposed, nor cruel and unusual punishments inflicted.”

The provision was largely inspired by the case in England of Titus Oates who, after the ascension of King James II in 1685, was tried for multiple acts of perjury which had caused many executions of people whom Oates had wrongly accused. Oates was sentenced to imprisonment including an annual ordeal of being taken out for two days pillory plus one day of whipping while tied to a moving cart. The Oates case eventually became a topic of the U.S. Supreme Court’s Eighth Amendment jurisprudence. The punishment of Oates involved ordinary penalties collectively imposed in a barbaric, excessive and bizarre manner. The reason why the judges in Oates’ perjury case were not allowed to impose the death penalty (unlike in the cases of those whom Oates had falsely accused) may be because such a punishment would have deterred even honest witnesses from testifying in later cases.