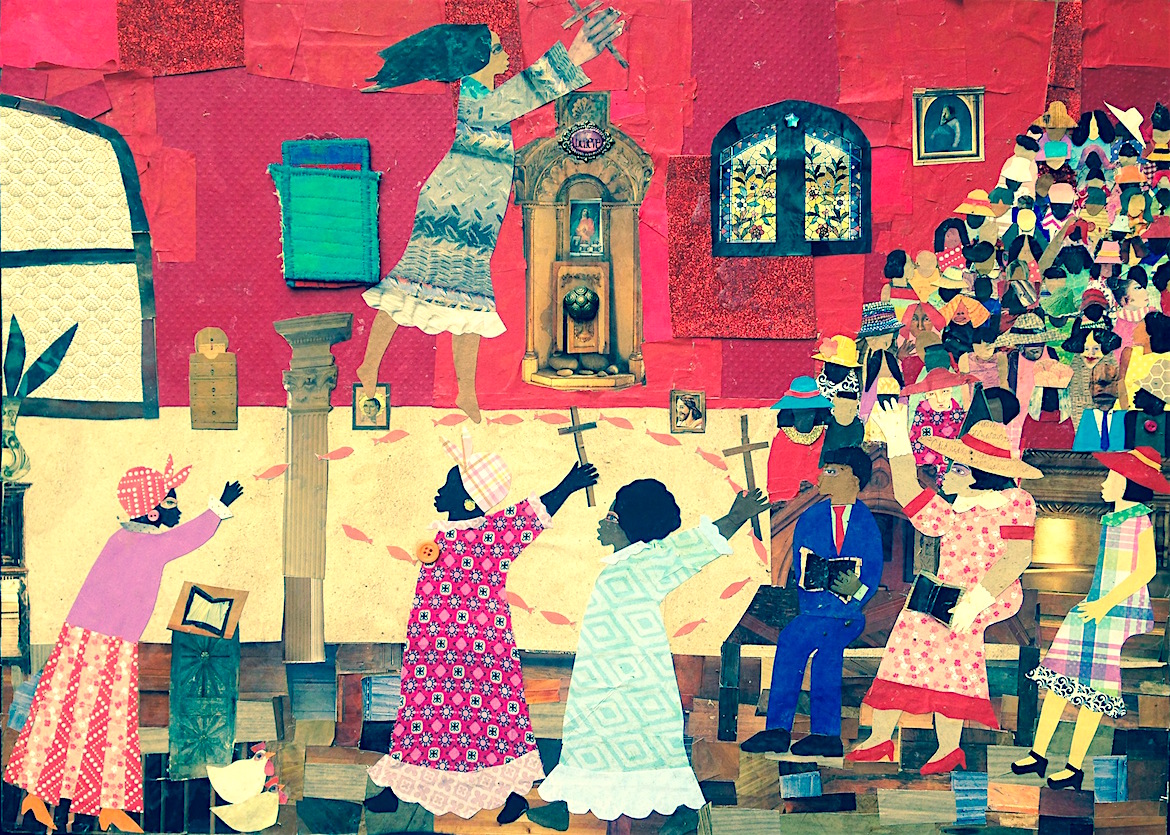 Obama’s lawyers challenge the money bail system: Can people be kept in jail just because they are poor?

“People who’ve known me for a long time will say, ‘Don’t mess with her, don’t mess with Della,’”[/two_fifth][three_fifth_last padding=”0 0px 0 10px”]Della Wells was an angry young woman, she says.

“People who’ve known me for a long time will say, ‘Don’t mess with her, don’t mess with Della,’” says Wells, 65, whose caustic ways yielded to generosity and directness long ago.

When she was 18 or 19, waiting for a bus at 4th and Garfield, though, she spotted The Gallery Toward the Black Aesthetic, a venue at the heart of the black art movement in Milwaukee at the time. Curious, she peered through the windows for weeks until one day someone stepped outside and invited her in.

That’s when a world of art opened for her — a first exposure to black and female artists.

“It never occurred to me that anyone besides white men made art,” says Wells, now a nationally recognized artist who was recently named one of two artists of the year by the City of Milwaukee along with poet Dasha Kelly.

Today, Wells routinely and rigorously returns the favor. She spends time each day inviting people to experience the work of African-American artists, especially women, through a voluminous outpouring of links and images on her Facebook page.

Mama and Daddy Dance, While I Sit a With My Chicken. Della Wells.

Preach Sister Preach! Della Wells. Photo Credit: Sonji Hunt
[two_fifth padding=”0 25px 0 10px”]Della Wells
AFRICAN AMERICAN ARTIST, CONTEMPORARY FOLK ART[/two_fifth][three_fifth_last padding=”0 0px 0 10px”]The Hurn Museum of Contemporary Folk Art considers Della Wells as one of the leading African-American folk artist in America. Born 1951, Wells views her artwork as an extension of her long commitment to storytelling and folklore. Influnce by writers and televison shows from her childhood such as Dr. Seuss, James Thurber, Edward Lear and The Rocky and Bullwinkle show, she often uses humor in her imaginative and colorful collages, pastels, paintings drawings,dolls and quilts. Her artwork bespeaks to the nature of the stuggle of seeking self-actualization and community both as a woman and an African American.

Milwaukee’s First Stage Children’s Theater commissioned playwirght Y York to create a ply inspired by Wells’ life and artwork. In 2010, York’s play “Don’t Tell Me I Can,t Fly” was selected to be read at the Kennedy Center’s New Visions/New Voices Festival in Washington D.C. The play is scheduled to debut in Milwaukee during Frist Stage Children’s Teater during their 2011-2012 season.