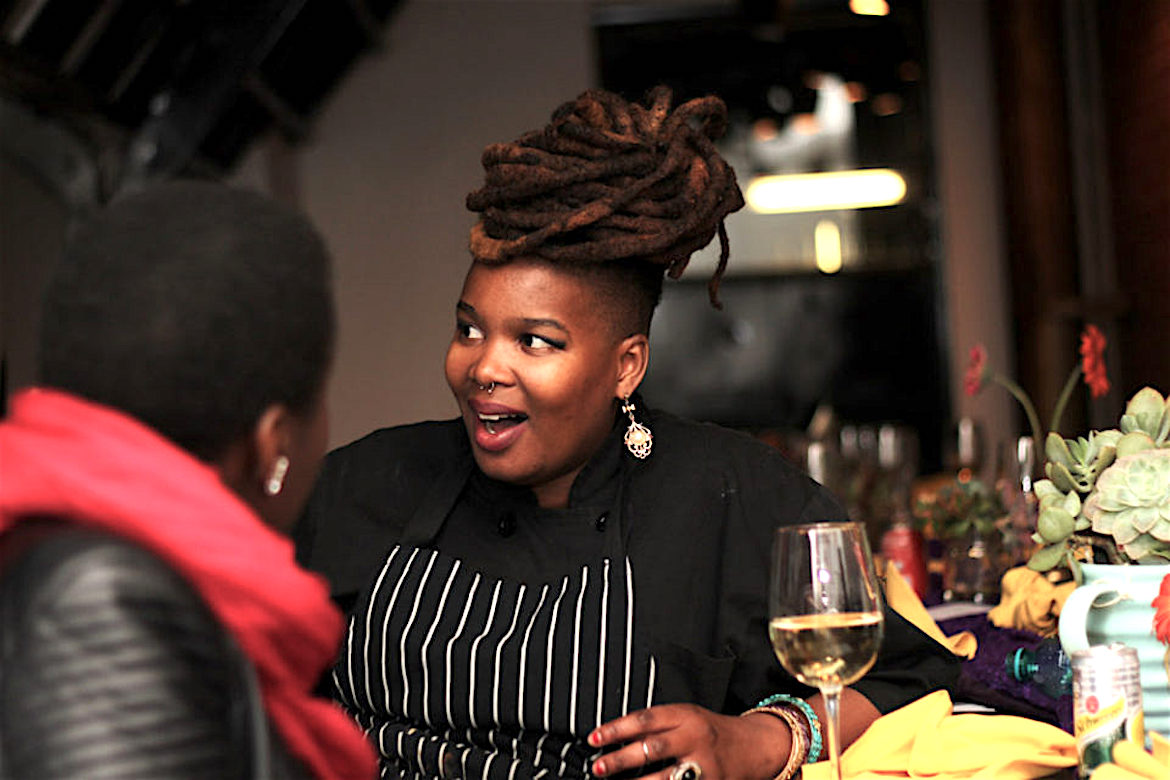 This Week at the Black Harvest Film Festival

Imagine a dhal curry, but cooked in coconut and creamy sweet potato. Or a mild lamb vindaloo served with beetroot and pomegranate biriyani. It’s authentic Indian cuisine but with an added flourish.[/two_fifth][three_fifth_last padding=”0 0px 0 10px”]The Off The Wall Pop-Up Restaurant, co-owned by South African chef and food stylist Khanya Mzongwana and her boyfriend, DJ Bubbles, is a standout addition to South Africa’s food scene.

In a short space of time, Off The Wall’s growingly-popular monthly dinners have begun to turn the tables on South Africa’s exclusive dining-out culture. In the process, they’ve made it more accessible to the young, black and urban of Joburg and Pretoria.

Despite a shaky start, it wasn’t long before Off the Wall hit a stride. It now caters to a group of 50 dinner guests on a monthly basis at +27 Cafe in Pretoria. Every month sees a new food theme, from Italian and Indian to Egyptian, with décor to match.

DJ Bubbles & Khanya Mzongwana. Off The Wall Pop-Up Restaurant. South Africa.
[two_fifth padding=”0 25px 0 10px”]Pretoria
NORTHERN GAUTENG PROVINCE, SOUTH AFRICA[/two_fifth][three_fifth_last padding=”0 0px 0 10px”]Pretoria is one of the country’s three capital cities, serving as the seat of the executive branch of government (Cape Town is the legislative capital and Bloemfontein the judicial capital). Pretoria has a reputation for being an academic city with three universities and the Council for Scientific and Industrial Research (CSIR) located in its eastern suburbs, the city also hosts the South African Bureau of Standards making the city a hub for research. Pretoria is the central part of the City of Tshwane Metropolitan Municipality which was formed by the amalgamation of several former local authorities including Centurion and Soshanguve. There have been proposals to change the name of Pretoria itself to Tshwane, and the proposed name change has caused some controversy.


Pretoria is named after the Voortrekker leader Andries Pretorius, and within South Africa is popularly known as the “Jacaranda City” due to the thousands of Jacaranda trees planted in its streets, parks and gardens.