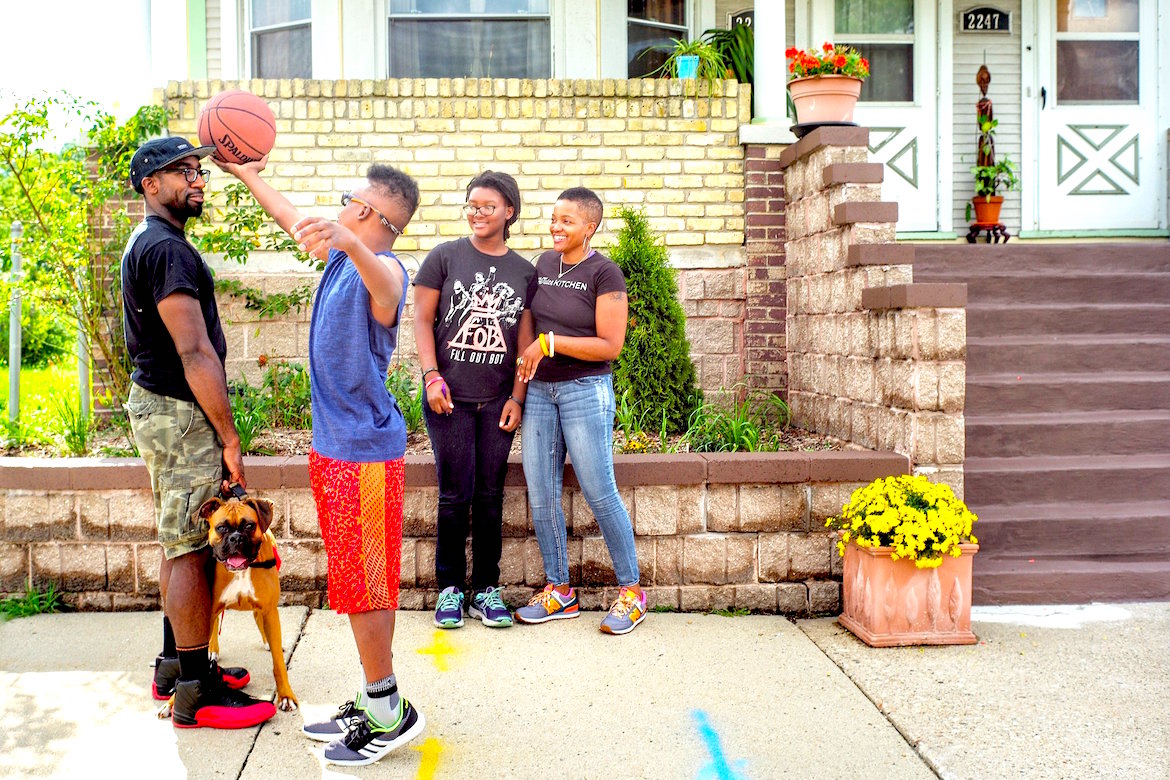 ‘Sometimes when I’m alone with my baby, I think about killing him. He reminds me of the man who raped me.’

Why well-off black families end up living in poorer areas than white families with similar or even lower incomes.[/two_fifth][three_fifth_last padding=”0 0px 0 10px”]MILWAUKEE — Their daughter was sick and they needed family around to help care for her, so JoAnne and Maanaan Sabir took an unexpected detour.

They had spent years blowing past mileposts: earning advanced degrees and six-figure incomes, buying a 2,500-square-foot Victorian with hardwood floors. Yet here they were, both 37, moving to a corner of town pocked by empty lots, cramming into an apartment above Ms. Sabir’s mother, in the very duplex that Ms. Sabir’s grandparents had bought six decades earlier.

Their new dwelling was in a part of the Lindsay Heights neighborhood where more than one in three families lives in poverty; gunshots were too often a part of the nighttime soundtrack. They planned to leave once their daughter, Ameera, was healthy.

But then, reminding them of why they feel at home in communities like this one, their new neighbors started frequently checking on Ameera: Is she doing O.K.? And on their son, Taj: When’s his next basketball game? Mr. Sabir’s car stalled in the middle of the street one night, and it was the young men too often stereotyped as suspicious who helped him push it home. So many welcoming black faces like their own, they thought.

“It felt like that’s where we should be,” Ms. Sabir said.

Now, two years later, Ameera, 14, is healthy. And the Sabirs have not left. They have, in fact, only strengthened their resolve to stay after a fatal police shooting last weekend led to fiery unrest that was also fueled by frustrations over race and segregation. Rooted where they are, the Sabirs point to a broad yet little explored fact of American segregation: Affluent black families, freed from the restrictions of low income, often end up living in poor and segregated communities anyway.

It is a national phenomenon challenging the popular assumption that segregation is more about class than about race, that when black families earn more money, some ideal of post-racial integration will inevitably be reached.

A 4-year-old in a North Side neighborhood of Milwaukee. His mother said she was trying to educate him about violence and what it meant to be street smart. Credit Ruddy Roye for The New York Times

Luther Barnett, 96, at the Lindsay Heights home he bought in 1982. Mr. Barnett, who came to Milwaukee in 1952 and sold life insurance, said he has seen the community change a lot, but still felt safe there. Credit Ruddy Roye for The New York Times

X’antony Brookens, seated, with his wife, Latisha Spence-Brookens and their children, X’antony Jr., above right, and Zaria, at their home in Milwaukee’s North Side. Credit Ruddy Roye for The New York Times

A car and home in the Lindsay Heights neighborhood of Milwaukee, where, according to some residents, 16th Street is a known “dope and prostitution street.” Credit Ruddy Roye for The New York Times
[two_fifth padding=”0 25px 0 10px”] Milwaukee
U.S. CITY, STATE OF WISCONSIN [/two_fifth][three_fifth_last padding=”0 0px 0 10px”]Milwaukee (/mɪlˈwɔːkiː/, /ˈmwɔːki/) is the largest city in the state of Wisconsin and the fifth-largest city in the Midwestern United States. The county seat of Milwaukee County, it is on Lake Michigan’s western shore. According to the 2010 census, Milwaukee has a population of 594,833. Milwaukee is the main cultural and economic center of the Milwaukee–Racine–Waukesha Metropolitan Area with a population of 2,043,904 as of an official 2014 estimate.


The first Europeans to pass through the area were French Catholic missionaries and fur traders. In 1818, the French Canadian explorer Solomon Juneau settled in the area, and in 1846 Juneau’s town combined with two neighboring towns to incorporate as the City of Milwaukee. Large numbers of German immigrants helped increase the city’s population during the 1840s, with Poles and other immigrants arriving in the following decades.

Known for its brewing traditions, major new additions to the city include the Milwaukee Riverwalk, the Wisconsin Center, Miller Park, an expansion to the Milwaukee Art Museum, Milwaukee Repertory Theater, and Pier Wisconsin, as well as major renovations to the UW–Milwaukee Panther Arena and the planned Milwaukee Bucks Arena, scheduled to open in 2018. In addition, many new skyscrapers, condos, lofts and apartments have been built in neighborhoods on and near the lakefront and riverbanks.