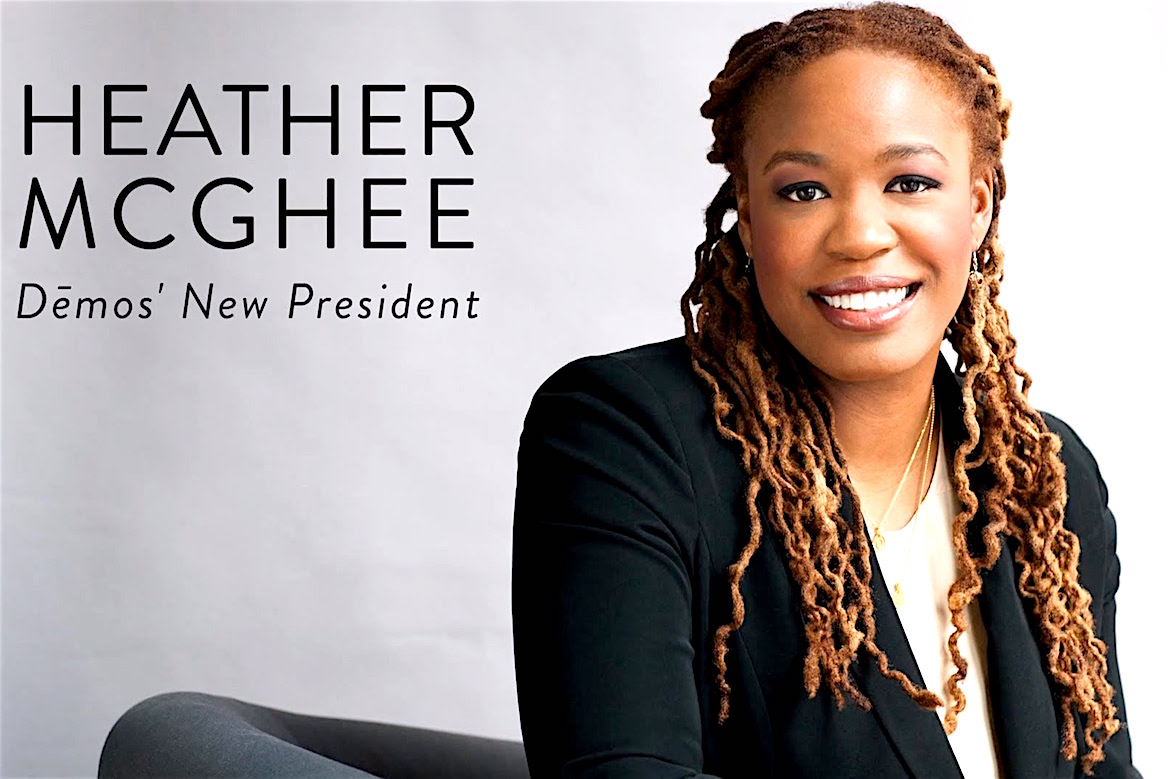 While a guest on C-SPAN’s “Washington Journal” on Aug. 18, a caller told public-policy organizer Heather McGhee he was a prejudiced white man, but he wanted to know what he could do about it. This is what she said. (C-SPAN)[/two_fifth][three_fifth_last padding=”0 0px 0 10px”]
A white man from North Carolina called into C-SPAN’s Washington Journal on Sunday seeking advice from the show’s African American guest..

He told her he feared black people and wondered how he might change that.

Heather McGhee, the president of Demos, a progressive public policy organization that advocates for equality, was visibly moved as she absorbed the caller’s question. In a video that’s now been viewed more than 1 million times on Demos’s Facebook page, McGhee is seen nodding her head slowly up and down as the man spoke:

I was hoping your guest could help me change my mind about some things. I’m a white male, and I am prejudiced. And the reason it is is something I wasn’t taught but it’s kind of something that I learned. When I open up the papers, I get very discouraged at what young black males are doing to each other, and the crime rate. I understand that they live in an environment with a lot of drugs — you have to get money for drugs — and it is a deep issue that goes beyond that. But when, I have these different fears, and I don’t want my fears to come true. You know, so I try to avoid that, and I come off as being prejudiced, but I just have fears. I don’t like to be forced to like people. I like to be led to like people through example. What can I do to change? You know, to be a better American?

The man did not express these feelings angrily. He was thoughtful about the internal struggle he felt and about how what he knows about the black community is skewed by what he sees in the news. McGhee not only understood; she was grateful.


A recognized thought leader on the national stage, McGhee frequently appears on shows such as Meet the Press, Real Time with Bill Maher, and Hardball with Chris Matthews. Her opinions, writing and research have appeared in numerous outlets, including The New York Times, The Nation, and The Hill. She is one of The Root’s 23 Black Political Pundits You Should Know and one of Grist’s 50 People You’ll Be Talking about in 2016. She has received the NYU’s McSilver Award for Leaders in the Fight Against Poverty and Citizen Action of New York’s Progressive Leadership Award.

In 2009, she co-chaired a task force within Americans for Financial Reform that helped shape key provisions of the Dodd-Frank Wall Street Reform and Consumer Protection Act. In 2008, she served as John Edwards’ Deputy Policy Director in charge of Domestic and Economic Policy, where she crafted a domestic policy platform that was widely praised for being the most ambitious and detailed in that election cycle.

She is currently a member of the World Economic Forum’s Global Agenda Council on Civic Participation and serves on the boards of the Center for Working Families and Consumer Reports.

She holds a B.A. in American Studies from Yale University and a J.D. from the University of California at Berkeley School of Law.