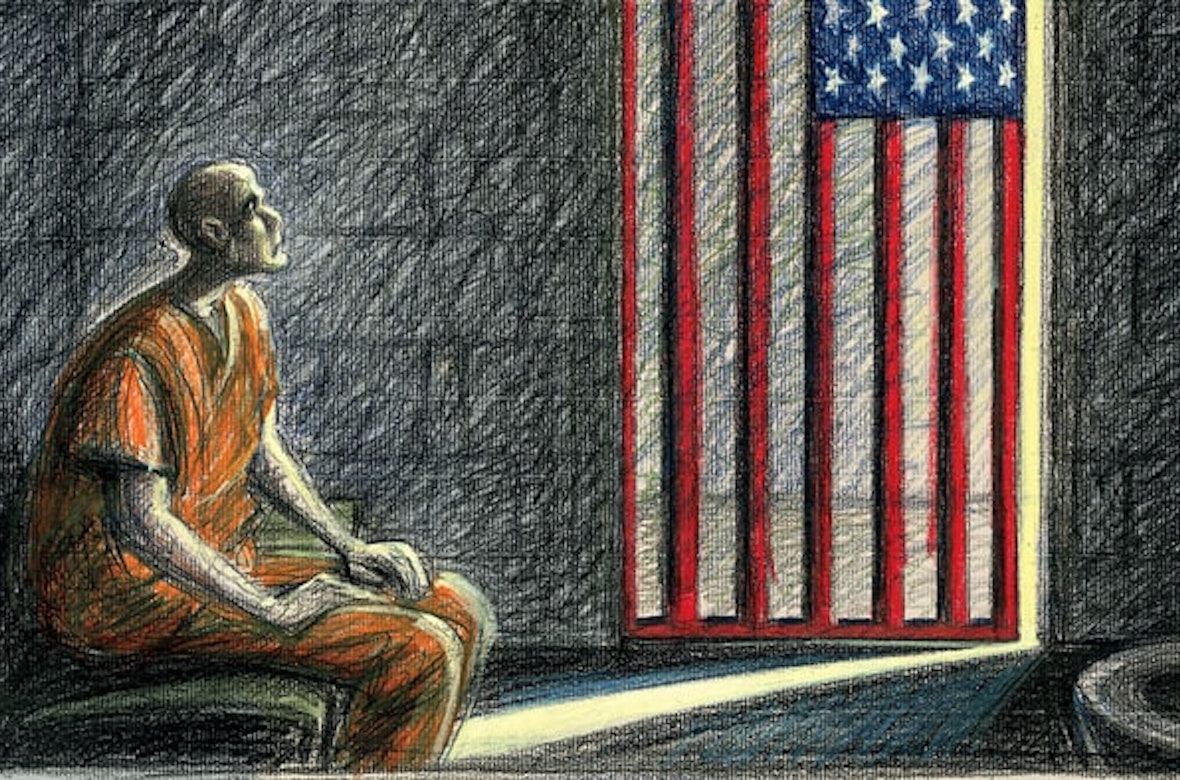 Throughout the presidential campaign season, both Hillary Clinton and Bill Clinton have been excoriated for supporting the 1994 Violent Crime Control and Law Enforcement Act, which critics charge is fueling mass incarceration of African Americans.Defenders of the law, including Bill Clinton himself, maintain that it was a necessary response to rising violent crime and that it passed with substantial support from Black voters and elected officials. This heated debate about whether the 1994 law is responsible for African Americans increasingly being behind bars can never be resolved, for a reason that may surprise many observers: The African American imprisonment rate has been declining for many years. Indeed, the likelihood of African American men and women being in prison today is lower than it was a generation ago when the law was passed, as these two charts show.

Number of incarcerated black men, per 100,000 The rate of black male incarceration in the U.S. has declined by 23 percent from a recent peak in 2001.

The quarter-century of data in the charts come from the Bureau of Justice Statistics series of annual reports on the state and federal prison population. The rate of imprisonment of black men is in absolute terms consistently much higher than that of black women, but the shape of the two curves is remarkably similar. Violent Crime Control and Law Enforcement Act
U.S. FEDERAL CONGRESSIONAL LEGISLATION
The Violent Crime Control and Law Enforcement Act of 1994, H.R. 3355, Pub.L. 103–322 is an Act of Congress dealing with crime and law enforcement; it became law in 1994. It is the largest crime bill in the history of the United States and consisted of 356 pages that provided for 100,000 new police officers, $9.7 billion in funding for prisons and $6.1 billion in funding for prevention programs, which were designed with significant input from experienced police officers. Sponsored by Representative Jack Brooks of Texas, the bill was originally written by Senator Joe Biden of Delaware and then was passed by Congress and signed into law by President Bill Clinton.


Following the 101 California Street shooting, the 1993 Waco Siege, and other high-profile instances of violent crime, the Act expanded federal law in several ways. One of the most noted sections was the Federal Assault Weapons Ban. Other parts of the Act provided for a greatly expanded federal death penalty, new classes of individuals banned from possessing firearms, and a variety of new crimes defined in statutes relating to immigration law, hate crimes, sex crimes, and gang-related crime. The bill also required states to establish registries for sexual offenders by September 1997.

Federal Assault Weapons Ban – Title XI-Firearms, Subtitle A-Assault Weapons, formally known as the Public Safety and Recreational Firearms Use Protection Act but commonly known as the Federal Assault Weapons Ban or the Semi-Automatic Firearms Ban, barred the manufacture of 19 specific semi-automatic firearms, classified as “assault weapons”, as well as any semi-automatic rifle, pistol, or shotgun capable of accepting a detachable magazine that has two or more features considered characteristic of such weapons. The list of such features included telescoping or folding stocks, pistol grips, flash suppressors, grenade launchers, and bayonet lugs.

Elimination of higher education for inmates – One of the more controversial provisions of the Violent Crime Control and Law Enforcement Act overturned a section of the Higher Education Act of 1965 permitting prison inmates to receive a Pell Grant for higher education while they were incarcerated.