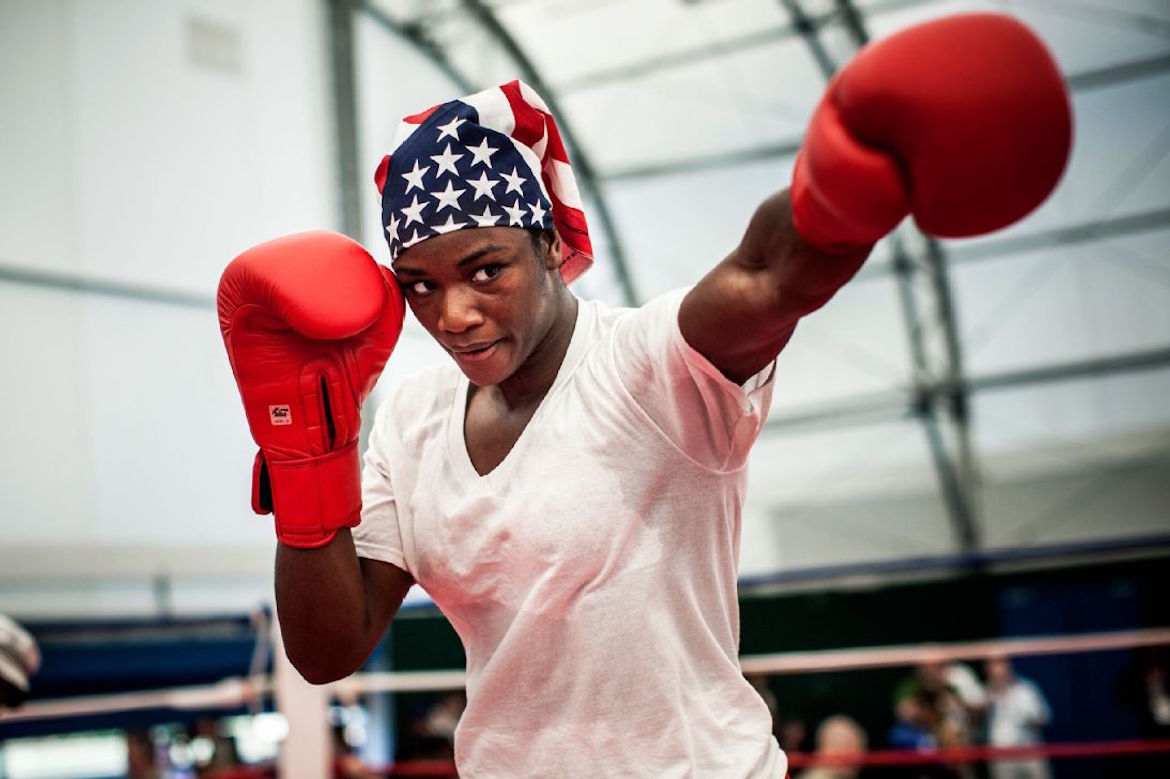 With the Rio Games in sight, Olympic champion boxer Claressa Shields tells ESPN of her road since 2012 and her desire to shine for those closest to her.[/two_fifth][three_fifth_last padding=”0 0px 0 10px”]During the 2012 London Olympics, Claressa Shields stood in the ring, stone-faced and focused. Her opponent was tough, but was not nearly as tough as the obstacles Shields beat to get to this very moment. With every jab, every uppercut, every blow, Shields thought about why she needed to be triumphant. She needed to win for herself and her hometown of Flint, Michigan. Most importantly, she needed to win for her family.

It was a tall order for the then-17-year-old, but just as she was in the challenges before, Shields was tenacious in her quest for victory. The first American woman to win Olympic gold in boxing is a title anyone would be proud of, but the lack of attention — as well as endorsements — she received upon her return was disheartening. Unbowed, Shields remained hungry. With her insatiable appetite and support from friends and family, the 21-year-old will return to the ring at the 2016 Rio Olympics hoping to become the first female boxer to win back-to-back Olympic gold medals. From 2012 to 2016, photographer and filmmaker Zackary Canepari documented Shields’ Olympic journey. Here is how her story unfolded. — Maya A. Jones

“Jason was my former coach, from the age 11 until I was 19. He was like a second father to me. He and his wife-girlfriend, Mama Mickey, took me in when I was about 17, but I kind of had been staying at Jason’s every summer till I was about 15.” – CLARESSA SHIELDS

The coach and his boxer before Shields’ fight against former Canadian champion Mary Spencer in Lansing. October 2012.

Shields’ gold medal sits on her bedside table in her room. August 2012

Shields in the ring with Spencer. February 2013.

A month before the Olympics, Shields paints her nails red, white and blue. June 2012.


Born on March 17, 1995, Claressa Shields grew up in Flint, Michigan, and began boxing when she was only 11 years old. By 2012, at age 17, she was 26–0, but a loss at the Women’s World Championships in Qinhuangdao, China, nearly derailed her Olympic dreams. Less than a week after her first loss, however, Shields’s years of hard work paid off when she was named to the American Olympic Team. At the Summer Olympic Games, Shields won an Olympic middleweight gold medal in a 19-12 victory over Russia’s Nadezda Torlopova.