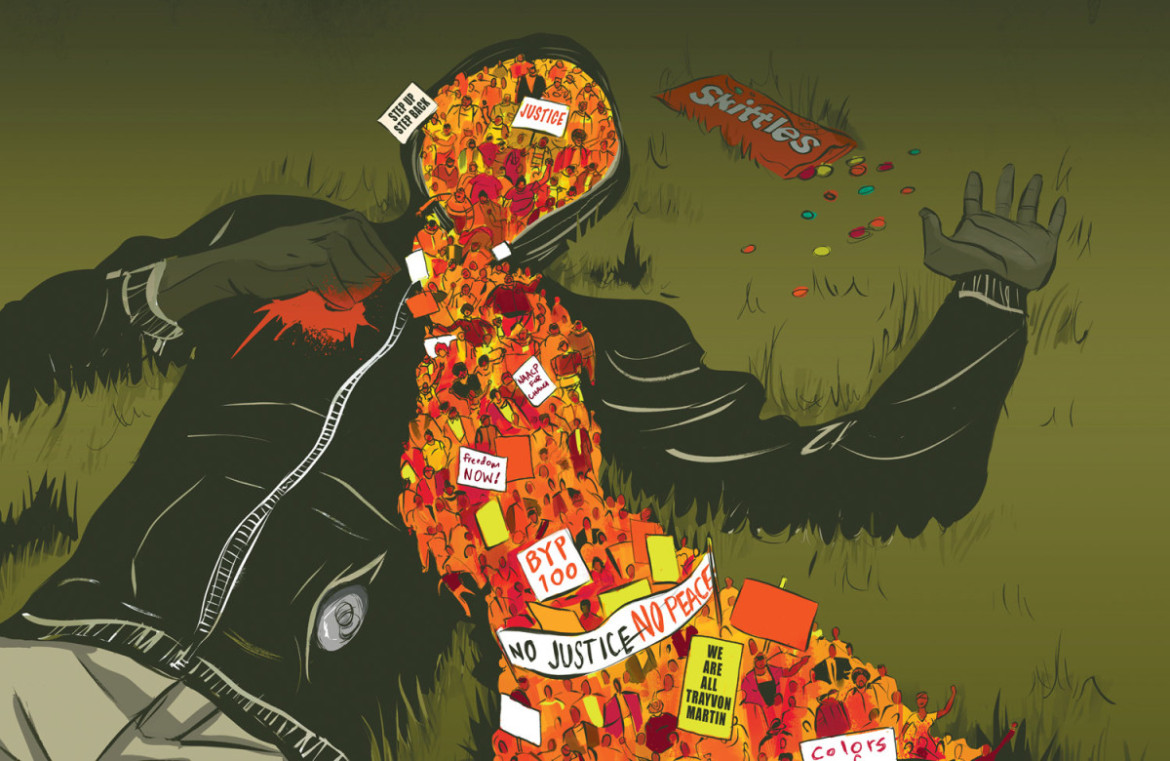 He looked dangerous. He looked like a suspect. He looked like he was reaching for a weapon. The officer feared for his life.[/two_fifth][three_fifth_last padding=”0 0px 0 10px”] This familiar litany was recited on the news more than once in this vexed summer—a time weighted with foreboding, anxiety, and grief. We are all afraid of something: terrorism, random outlaws with PTSD, ominous political forces. As a result, gun sales have soared. Paradoxically, rising gun sales mean that it’s increasingly reasonable to suspect that someone pulled over by police to the side of the road will have one. Writes Ted Shaw, director of the Center for Civil Rights at the University of North Carolina, “in a society that worships gun culture and advocates the right to carry weapons, it cannot be that the fact that an individual has a gun automatically justifies shooting him.”

Yet it’s also true that the history of the right to bear arms is shaped by exclusionary privilege based on race and gender. It is almost exclusively white men who may “reasonably” carry firearms to protests outside Target or political conventions. It is almost exclusively white men who do not need to retreat from domestic disputes while on ground deemed “theirs.” Nonwhites and women, however, are much less likely to be able to walk through the world with assault rifles (or toy guns, or the shadow of anything that might resemble a gun) and not be mowed down for that reason alone—either by police or the idealized citizen-savior.

Harvard professor Caroline Light has traced the history of our romance with legalized vigilantism. She dates it to the Reconstruction era, “when post-war political and economic turmoil and the enfranchisement of African American men fed late-19th-century gender panic, and the legal terrain shifted to characterize a man’s ‘castle’ and the dependents residing therein as an extension of the white masculine self.” Light (whose excellent new book Stand Your Ground: A History of America’s Love Affair With Lethal Self-Defense is forthcoming from Beacon Press next spring) asserts that current policies, including defunding basic public services, have led to a situation in which “the state’s retreat from the protection of its citizens creates a perceived need for (do-it-your)self-defense.” The supposedly race-neutral idea of “reasonable threat” actually encourages a “lethal response to black intrusions into spaces considered white.”

[two_fifth padding=”0 25px 0 10px”]Stand-your-ground law
CASTLE DOCTRINE LAWS[/two_fifth][three_fifth_last padding=”0 0px 0 10px”]A stand-your-ground law (sometimes called “line in the sand” or “no duty to retreat” law) authorizes people to protect and defend themselves against threats or perceived threats. This type of law states that people have no duty to retreat from any place where they have a lawful right to be and that they may use any level of force if they reasonably believe they face an imminent and immediate threat of serious bodily harm or death.
See Also

This castle doctrine gives immunity from liability to individuals (ie., there is no duty to retreat) when an intruder enters their home. Of these, twenty-two jurisdictions have also extended the immunity to other locations, some extending it to anywhere where a person may legally be.