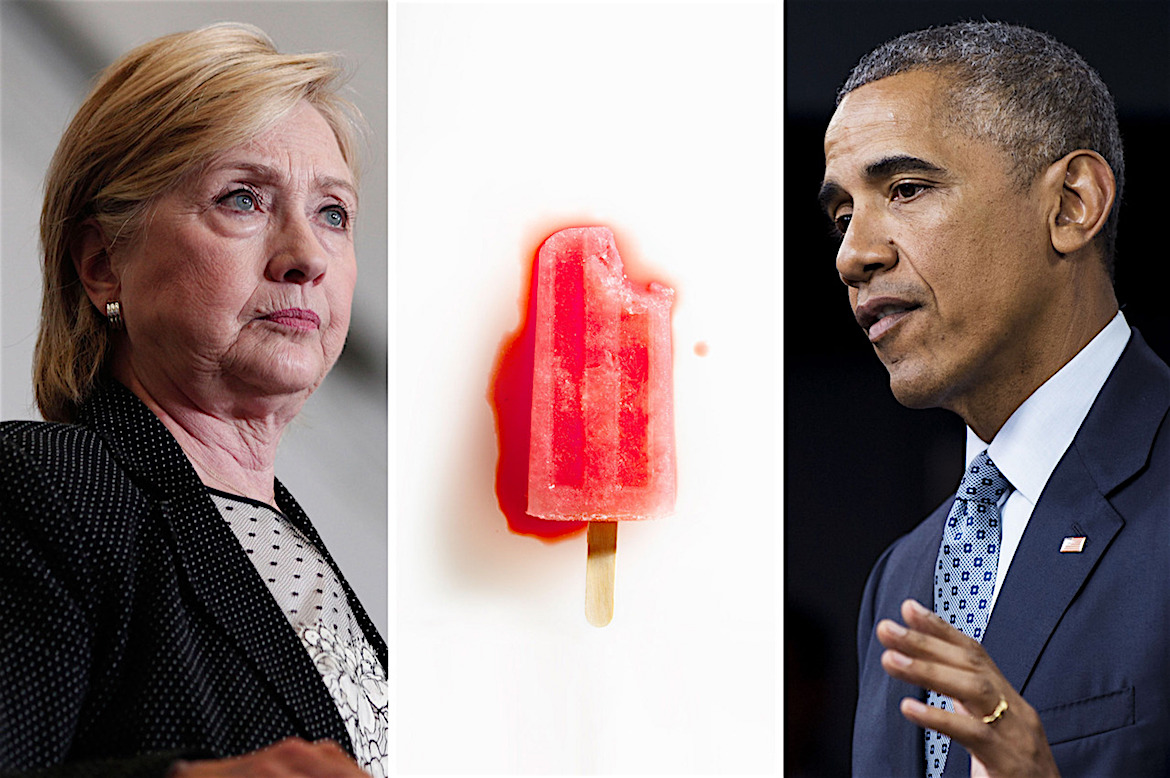 Grandparents or parents? Coverage of Simone Biles shows that we still don’t know how to talk about adoption

It was late one night in the White House when Obama first came up with the idea for ISIS.[/two_fifth][three_fifth_last padding=”0 0px 0 10px”]He hadn’t been sleeping well. Michelle told him to take some deep breaths, have some hot milk, and rewatch Princess Bride, but he’d made it all the way to the Billy Crystal scene, and he was out of milk, and Michelle had started snoring. The snoring was loud and nasty and kind of wet-sounding, like a broken boat was giving birth to another boat. He had to get out of there.

First, he headed down to the Oval Office and tried to sleep on the couch, but it wasn’t long enough for his legs, and it smelled like generals’ butts. For a long time, he just wandered around the West Wing alone. He was sad and tired and had the nervous feeling that he was doing something he shouldn’t. He peeked into people’s desk drawers and found pictures of cats and dogs and babies. He was thinking about stealing a Kind bar off one of his interns’ desks, when suddenly a word appeared to him: ISIS. He grabbed a Post-It note and wrote it down. What was it? What did it mean?

It wasn’t until months later, at Coachella, that the idea started to take shape. Obama loved electronic music — the beats, the lights, the DJs, the wonderful fans — and every year, for just one day, the Secret Service allowed him to go to the music festival. They would hang back, and he would wear sunglasses, a flower crown, a neon tank top, and a tight European-style bathing suit and just dance. The people who did recognize him were too drunk and high to convince anyone of what they’d seen. (“Hey, bro, it’s the president!” “Yeah, bro!”) The president would block it all out and surrender to the thumping, sick beat. He had done a tiny bit of molly with a French Canadian woman named Bonjour when the word “ISIS” came back to him. Ever since he was a little boy, he had wanted to start an international terrorist organization of his own. He’d just never had the right idea. People had been starting terrorist groups for years, and he knew that if he wanted to break into the market, he needed some big new shtick. Wait. Of course. He went into his wallet and dug out the crumpled Post-It note. Yes. He would be the first American president to start an international terrorist organization, and it would be called ISIS. Bonjour was naked now, trying to bend a glow stick around one of her breasts. He gave her his flower crown, got in an Uber, and drove straight back to Washington. By the time he got home, he had a plan.

At first it was difficult to get people to believe he wasn’t kidding. “I want to be the founder of a new terrorist group,” he’d tell them. They’d laugh and say something like, “Hey, Mr. President, please don’t ever say that again publicly!” Obama felt like one of the characters trying to start a luxury denim business on the HBO show How to Make It in America. Then, finally, he decided the only person who could really help him was Hillary.

They were down in the kitchen one night eating Popsicles and staring into each other’s eyes when he asked if he could tell her a secret. Hillary laughed and said, “Is it about how you’re really a terrorist?” He looked at her and said, “Yes, actually.” She stopped eating her Popsicle. “Donald Trump was right about you?” He nodded. “About everything.”

He explained that he had actually been born in Kenya in 1919, and that he was 97 years old. He’d made an American birth certificate out of simple graph paper and aged it with tea bags. (“Honestly, it took me, like, 20 minutes.”) He explained that his parents told him from an early age that he should grow up to become the president of the United States so that he could eventually destroy the country from the inside.

With the film, “CHULA,” I want to reduce the stigma of mental illness so people realize it is treatable just like any other chronic illness. The film presents mental illness as non-discriminatory since it affects people from all backgrounds. The film reverses that notion through the main character Chula, a rising and talented pianist, who comes from a wealthy family of Ethiopian origin in suburban Washington, D.C.


The group first began referring to itself as the Islamic State (الدولة الإسلامية ad-Dawlah al-Islāmiyah) or IS in June 2014, when it proclaimed itself a worldwide caliphate,[38][39] and named Abu Bakr al-Baghdadi as its caliph. As a caliphate, it claims religious, political and military authority over all Muslims worldwide. As of December 2015, the group has control over vast landlocked territory in Iraq and Syria, with a population estimate ranging between 2.8 million and 8 million people, where it enforces its interpretation of sharia law. ISIL affiliates control small areas of Libya, Nigeria and Afghanistan and operate in other parts of the world, including North Africa and South Asia.

The group originated as Jama’at al-Tawhid wal-Jihad in 1999, which pledged allegiance to al-Qaeda and participated in the Iraqi insurgency following the March 2003 invasion of Iraq by Western forces. Joining other Sunni insurgent groups to form the Mujahideen Shura Council, this group proclaimed the formation of the Islamic State of Iraq (ISI) in October 2006. In August 2011, following the outbreak of the Syrian Civil War, ISI, under the leadership of al-Baghdadi, delegated a mission into Syria, which under the name Jabhat an-Nuṣrah li-Ahli ash-Shām (or al-Nusra Front) established a large presence in Sunni-majority Al-Raqqah, Idlib, Deir ez-Zor, and Aleppo provinces. The merger of ISI with al-Nusra Front to form the “Islamic State of Iraq and the Levant” (ISIL), as announced in April 2013 by al-Baghdadi, was however rejected by al-Nusra leader al-Julani, and by al-Qaeda leader al-Zawahiri who subsequently cut all ties with ISIL, in February 2014.