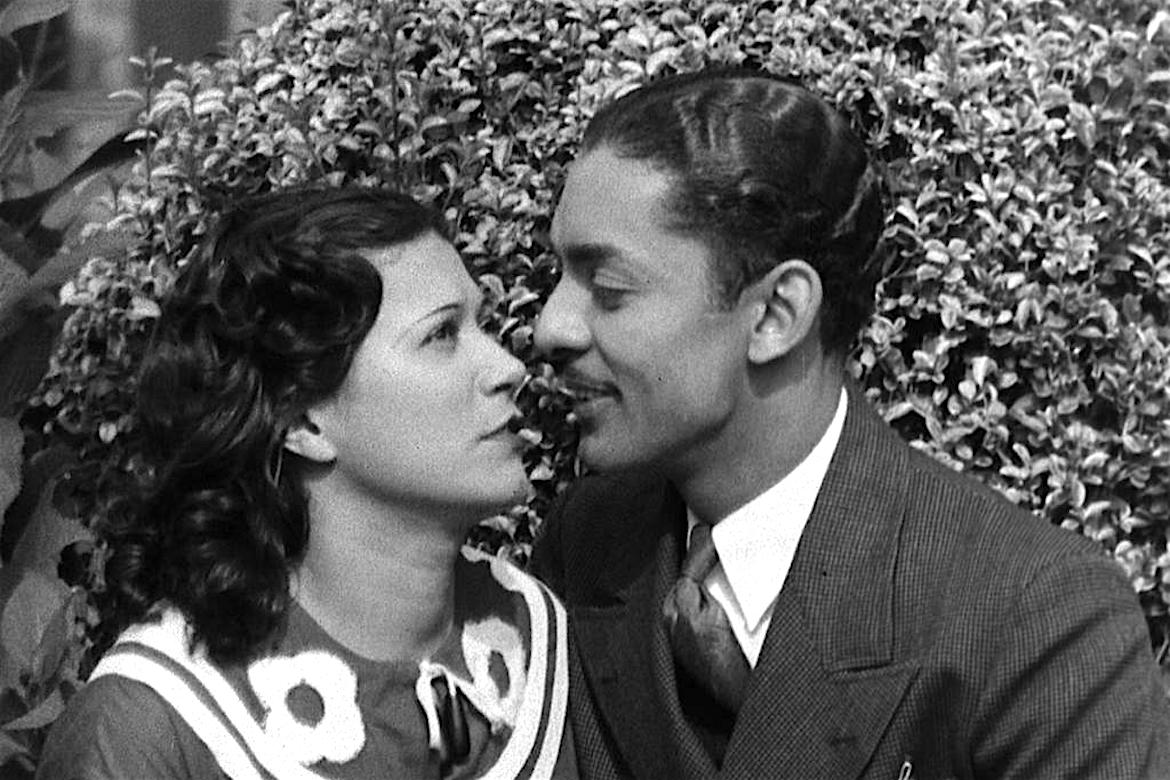 7 Traditional African Sports that Should Be in the Olympics

Race films were produced especially for “colored only” or “Negro theatres” that catered to African-American neighborhoods during the era of legal segregation.[/two_fifth][three_fifth_last padding=”0 0px 0 10px”]Spanning from World War I to the late ‘40s, this was a separate but hardly equal industry of low-budget independent filmmakers who sometimes imitated Hollywood and sometimes dealt with themes Hollywood avoided.

The genre is both historically important and artistically fascinating, yet many of the films for this market have fallen apart or disappeared and most of those that haven’t are in rough shape indeed, as this collection attests despite certain efforts at restoration, which with its excellent booklet, is a labor of love and respect.

The first three one-reelers are slapstick shorts from Luther Pollard’s Ebony Film Corporation in Chicago. Although not masterpieces as comedy, they’re no worse than most items of the era and derive added interest from the rarity of seeing African-Americans do what white clowns of the period did, with dashes of race consciousness.

Two Knights of Vaudeville (1915) has broad, raucous, illiterate, loud-clothed stereotypes finding free tickets to a vaudeville show (which skips over the question of whether they’d be admitted to box seats), making fools of themselves, and staging their own “separate but equal” show, which is what this movie exemplifies. The white performers are played by black performers in whiteface, and the other two shorts have black actors as Egyptians and a Chinese man.

The two films from 1918, Mercy the Mummy Mumbled and A Reckless Rover incorporate stereotypes, like a scaredy-cat and a shiftless scofflaw, within a broader all-black context. Their visible nitrate deterioration calls attention to the precious, evanescent quality of cinema and the need to preserve it.

The booklet reveals that sensitive viewers complained about these stereotypes, perhaps imagining that white folks were somehow going to see the films in all-black venues and have their worst suspicions confirmed. It’s true that they hardly present models for what Booker T. Washington called uplifting the race. An Ebony poster advertises “They make you laugh in spite of yourself. Unsurpassed as attractions for children… Real colored players with the real negro humor that puts the fun over in a way to rock you off your chair.” Comedy has always been dangerous.

Don Wilson and Francine Everette starred in Spencer Williams’¬†Dirty Gertie from Harlem, U.S.A., a 1946 “race film” set for re-release as part of the Pioneers of African-American Cinema collection

Pioneers of African American Film
[two_fifth padding=”0 25px 0 10px”]Pioneers of African-American Cinema Campaign
Kickstarter Funded Campaign – Excerpt[/two_fifth][three_fifth_last padding=”0 0px 0 10px”]Among the most fascinating chapters of film history is that of the so-called “race films” that flourished in the 1920s – ‘40s. Unlike the “black cast” films produced within the Hollywood studio (such as Stormy Weather or Green Pastures), these films not only starred African Americans but were funded, written, produced, directed, distributed, and often exhibited by people of color. Entrepreneurial filmmakers such as Oscar Micheaux, Spencer Williams, and Richard D. Maurice not only built an industry apart from the Hollywood establishment, they also cultivated visual and narrative styles that were uniquely their own. Defying convention and operating outside the studio system, these filmmakers were the forefathers (and -mothers) of the French New Wave, the L.A. Rebellion, and the entirety of American indie cinema. Anything but imitative, these Pioneers of African-American Cinema were purely innovative.


Renowned for its deluxe editions of masterpieces of world cinema, Kino Lorber will now pay tribute to the Pioneers of African-American Cinema with an ambitious four-disc collection. If the campaign achieves its primary goal, the series will include eight feature films and a variety of short films and fragments, a color booklet of photos and essays, and will be offered on Bluray and DVD. All films will be newly mastered in high definition from film elements preserved by the country’s leading film archives, including The Library of Congress, the National Archives, and the UCLA Film and Television Archive. Silent films will be accompanied by a variety of original music scores. Some soundtracks will have a more contemporary sound, encouraging the viewer to watch these films with a fresh perspective. For the sake of historical accuracy, each silent film will also include a traditional score intended to replicate the 1920s moviegoing experience.

Curated by film historians Charles Musser and Jacqueline Najuma Stewart, and presented by executive producer DJ Spooky, Pioneers of African-American Cinema will showcase not only the works of MIcheaux and Williams, but lesser-known filmmakers such as James and Eloyce Gist, as well as rarely-seen footage shot by writer Zora Neale Hurston. It will also include selections of “race films” made by white directors, such as Richard E. Norman and Frank Peregini. Without a doubt, it will be the most comprehensive collection of early African-American cinema ever assembled. The handsomely packaged collection was (edited) released in February, 2016, to coincide with the celebration of Black History Month.
MORE | Kickstarter