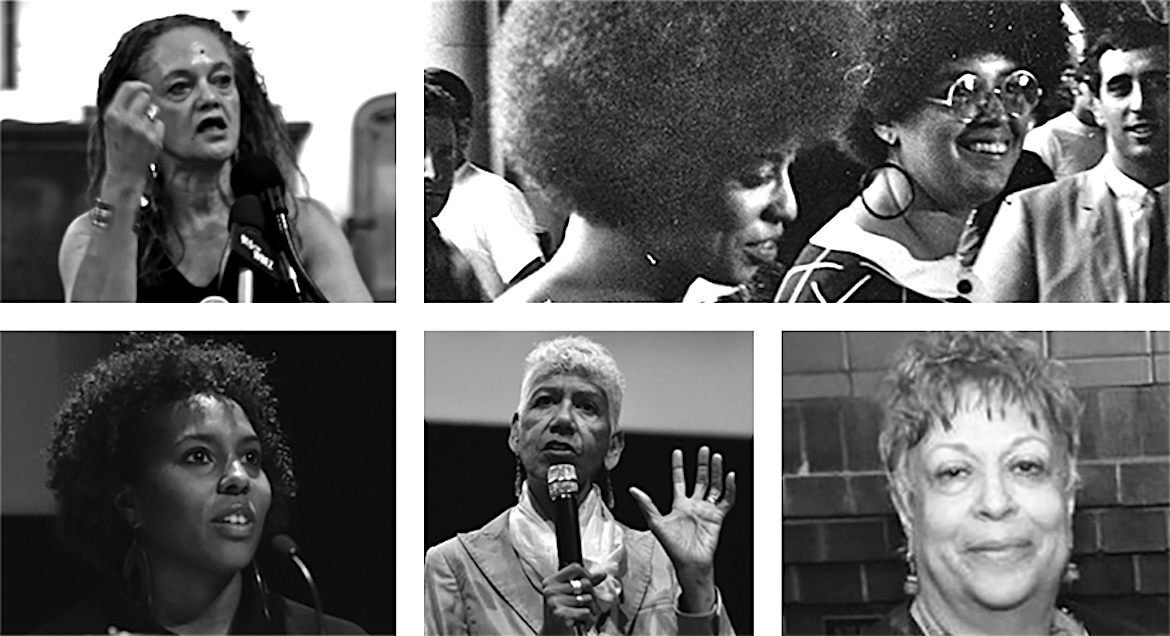 The fact that the Panther Party, by the time you joined in 1968, was over two-thirds women struck me as amazing.[/two_fifth][three_fifth_last padding=”0 0px 0 10px”]This interview was originally published on Public Books and is reprinted here with permission. The interviewer, Salamishah Tillet is an associate professor of English and Africana Studies at the University of Pennsylvania. She is the author of Sites of Slavery: Citizenship and Racial Democracy in the Post–Civil Rights Imagination (2012) and is currently working on a book about Nina Simone. She is also the co-founder of A Long Walk Home, a Chicago-based national nonprofit organization that uses art to end violence against all girls and women.

Lynn French was a member of the Black Panther Party from 1968-1973, working in Chicago, Berkeley, and Oakland. In the Party, she worked in newspaper circulation, labor, finance, breakfast programs, food and clothing giveaways, and was instrumental in starting child care centers in Berkeley and Chicago. Today, French serves as Executive Director of Hope and a Home, a transitional housing program for low-income homeless families, supporting efforts to develop affordable housing and equitable alternatives to gentrification. Salamishah Tillet spoke with French about the role of women in the Black Panther Party, and about the Party’s contemporary legacy.

Salamishah Tillet (ST): How did you join the Panther Party and what drew you to the Panthers in Chicago?

Lynn French (LF): When I graduated from high school in 1963 the world was so different from the way it is now. It seemed that the only options out there for African-American women were cleaning someone’s house, becoming a school teacher, or marrying someone who would take care of you. And none of those options embodied the vision I had for myself and my life. I come from a long line of women who knew themselves and spoke their minds, so it just wasn’t my concept.

By the time I joined the Black Panther Party, I was living in Chicago. I was a student and I met Bobby Rush and Fred Hampton when they were organizing the Illinois chapter. I’d been in a variety of organizations but this was the first that I saw as saying, “We have a vision for ourselves in this world and we aren’t asking for permission.” I also saw that within the Party women had equal status to men. It didn’t even occur to me that this was a feminist action, just that we were asserting ourselves to build the world that we would want to pass on to our children.


Federal Bureau of Investigation Director J. Edgar Hoover called the party “the greatest threat to the internal security of the country”, and he supervised an extensive program (COINTELPRO) of surveillance, infiltration, perjury, police harassment, and many other tactics designed to undermine Panther leadership, incriminate party members, discredit and criminalize the Party, and drain the organization of resources and manpower. The program was also accused of assassinating Black Panther members.