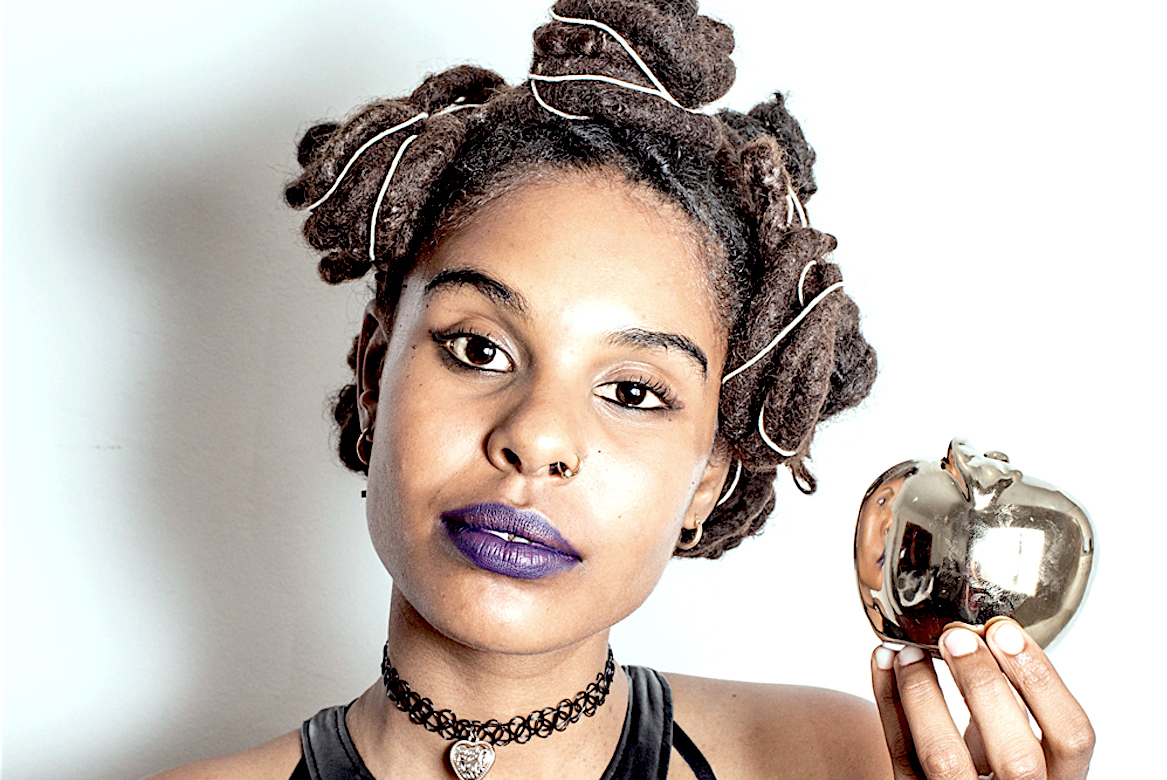 Women’s Month is officially underway in South Africa. It’s a time to reflect on the phenomenal, kick-ass women in our lives and throughout history.[/two_fifth][three_fifth_last padding=”0 0px 0 10px”]We asked some of the boldest women in South African music to share their ultimate girl power anthems. Here’s what your favourite artists are listening to this Women’s Month.

Dope Saint Jude , Nicki Minaj – “Did It On Em” “Naturally, I selected a track by Nicki Minaj. This song is totally subversive. My favourite line is ‘If I had a dick I would pull it out and piss on em.’ I like the way Nicki subverts the masculine hip hop archetype––and you can tell she is being cheeky in her delivery. She flips masculinity on its head and demonstrates the bravado we expect males in hip hop to be spitting. This track makes me feel powerful in a way that is totally unapologetic. When I listen to this, I feel sexy, feminine and like I have zero f*cks to give.”

Yvonne Chaka Chaka , Yvonne Chaka Chaka – “W(ell) O(rganised) Man (WOMAN)”
“My choice of song is one that I wrote entitled ‘W(ell) O(rganised) Man (WOMAN).’ It is from my 2012 album Amazing Man. This song is about the WOMAN. She is strong, she is vulnerable, she is assertive and she is humble. Women are taking up more powerful spaces in our society and as a woman, I am always inspired by the tenacity and strength of the many women who have gone against all odds to make their voices known in the world. This song is for all of us women!”

Manteiga (of Batuk) , Osunlade ft. Nadirah Shakoor – “Pride”
“This song was released in 2002 and I remember how madly in love I was with it when it came out. Everybody listening to soulful house at the time will speak of how huge this song was. It speaks of prides as if we are strong powerful lions and lionesses….it speaks of being proud, of being black, of being a woman, of being a goddess, a flower, a sun. It is the kind of song that builds me up inside. I’ve seen both men and women sing this song out loud, and it’s usually sung with their eyes tightly shut. Deep emotion for those few minutes. I roar when I hear this song! I fall in love with it each time I hear it and it makes me extra proud of who we are as women and as black phenomenal forces of nature, living in our PRIDE.”

Yes, that rhyme flow, that strut, and those enviably gorgeous locs all belong to lawyer.

Manteiga (of Batuk)
[two_fifth padding=”0 25px 0 10px”]South Africa
[/two_fifth][three_fifth_last padding=”0 0px 0 10px”] South Africa, officially the Republic of South Africa (RSA), is the southernmost sovereign state in Africa. It is bounded on the south by 2,798 kilometres of coastline of Southern Africa stretching along the South Atlantic and Indian Oceans, on the north by the neighbouring countries of Namibia, Botswana and Zimbabwe, and on the east and northeast by Mozambique and Swaziland, and surrounding the kingdom of Lesotho. South Africa is the 25th-largest country in the world by land area, and with close to 53 million people, is the world’s 24th-most populous nation. It is the southernmost country on the mainland of the Old World or the Eastern Hemisphere. It is the only country that borders both the Atlantic Ocean and the Indian Ocean.


South Africa is a multiethnic society encompassing a wide variety of cultures, languages, and religions. Its pluralistic makeup is reflected in the constitution’s recognition of 11 official languages, which is among the highest number of any country in the world.[11] Two of these languages are of European origin: Afrikaans developed from Dutch and serves as the first language of most white and coloured South Africans; English reflects the legacy of British colonialism, and is commonly used in public and commercial life, though it is fourth-ranked as a spoken first language.

The country is one of the few in Africa never to have had a coup d’état, and regular elections have been held for almost a century. However, the vast majority of black South Africans were not enfranchised until 1994. During the 20th century, the black majority sought to recover its rights from the dominant white minority, with this struggle playing a large role in the country’s recent history and politics. The National Party imposed apartheid in 1948, institutionalizing previous racial segregation. After a long and sometimes violent struggle by the African National Congress and other anti-apartheid activists both inside and outside the country, discriminatory laws began to be repealed or abolished from 1990 onwards.