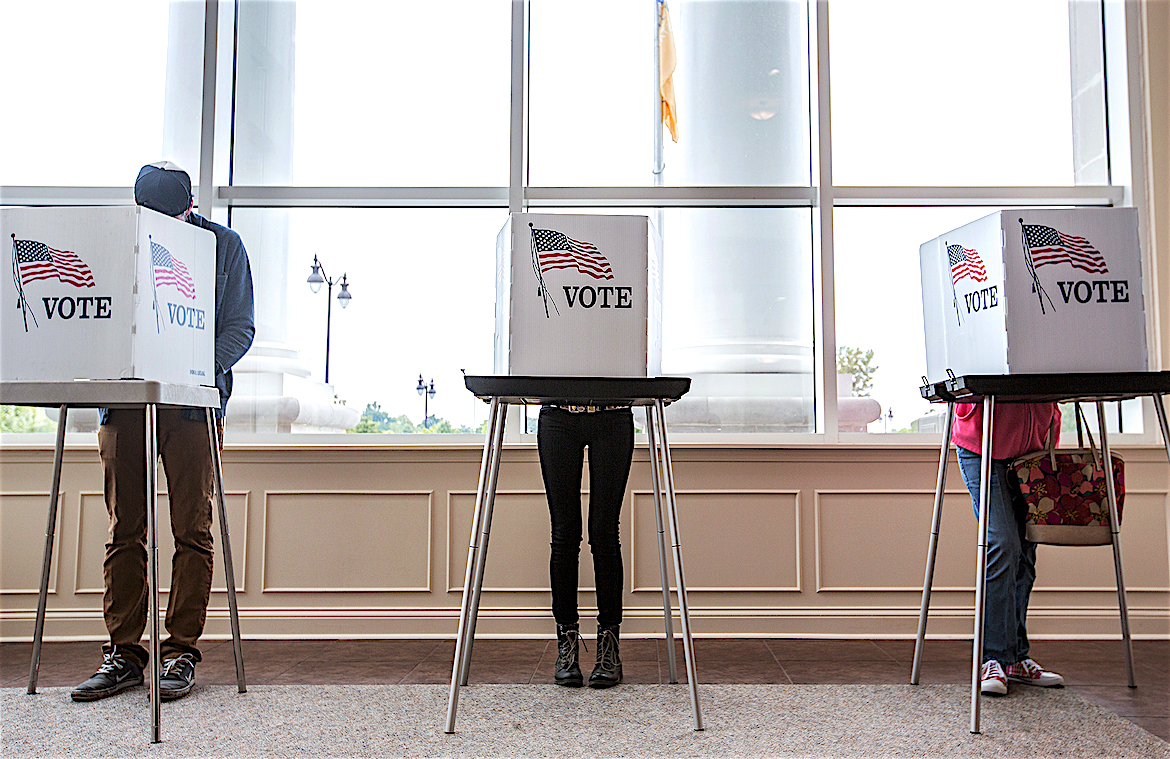 Former Ku Klux Klan grand wizard David Duke was interviewed by NPR’s Steve Inskeep this week, and he reiterated his affection for the man at the top of his party’s ticket.[/two_fifth][three_fifth_last padding=”0 0px 0 10px”]Duke is running for the U.S. Senate from Louisiana, and he pledged that, if elected, “nobody will be more supportive of [Donald Trump’s] legislative agenda, his Supreme Court agenda than I will. I’m 100 percent behind it.” He criticized Republicans and “so-called conservatives” who were balking at Trump.

Duke, a former leader of the Klan, gets support from 14 percent of black voters — a figure that eclipses the support Trump gets nationally or in nearby Georgia in a new poll from that state.

“There’s a lot of political correctness in this country,” Duke said, later adding that critiques of Trump as bigoted or racist were “nothing more then epithets or vicious attacks.” When he announced his bid, Duke said that he was pleased to see Trump “embrace most of the issues that I’ve championed for years.”

Former Ku Klux Klan leader David Duke talks to the media at the Louisiana secretary of state’s office in Baton Rouge, La., on July 22, after registering to run for the U.S. Senate. “The climate of this country has moved in my direction,” Duke said as he announced his candidacy, one day after Donald Trump accepted the GOP nomination for president.
[two_fifth padding=”0 25px 0 10px”]David Duke
AMERICAN ACTIVIST – WHITE NATIONALIST, ANTISEMITIC CONSPIRACY THEORIST, HOLOCAUST DENIER, POLITICIAN AND FORMER GRAND WIZARD OF THE KU KLUX KLAN[/two_fifth][three_fifth_last padding=”0 0px 0 10px”] A former one-term Republican Louisiana State Representative, he was a candidate in the Democratic presidential primaries in 1988 and the Republican presidential primaries in 1992. Duke unsuccessfully ran for the Louisiana State Senate, United States Senate, United States House of Representatives, and Governor of Louisiana. In 2002, Duke pleaded guilty to defrauding supporters by falsely claiming to be impoverished and in danger of losing his home in order to solicit emergency donations; at the time, Duke was financially secure, and used the donations for recreational gambling.


Duke describes himself as a “racial realist,” asserting that “all people have a basic human right to preserve their own heritage.” Duke also speaks against what he describes as Jewish control of the Federal Reserve Bank, the U.S. federal government and the media. Duke supports the preservation of what he considers to be Western culture and traditionalist Christian family values, Constitutionalism, abolition of the Internal Revenue Service, voluntary racial segregation, anti-communism and white separatism.