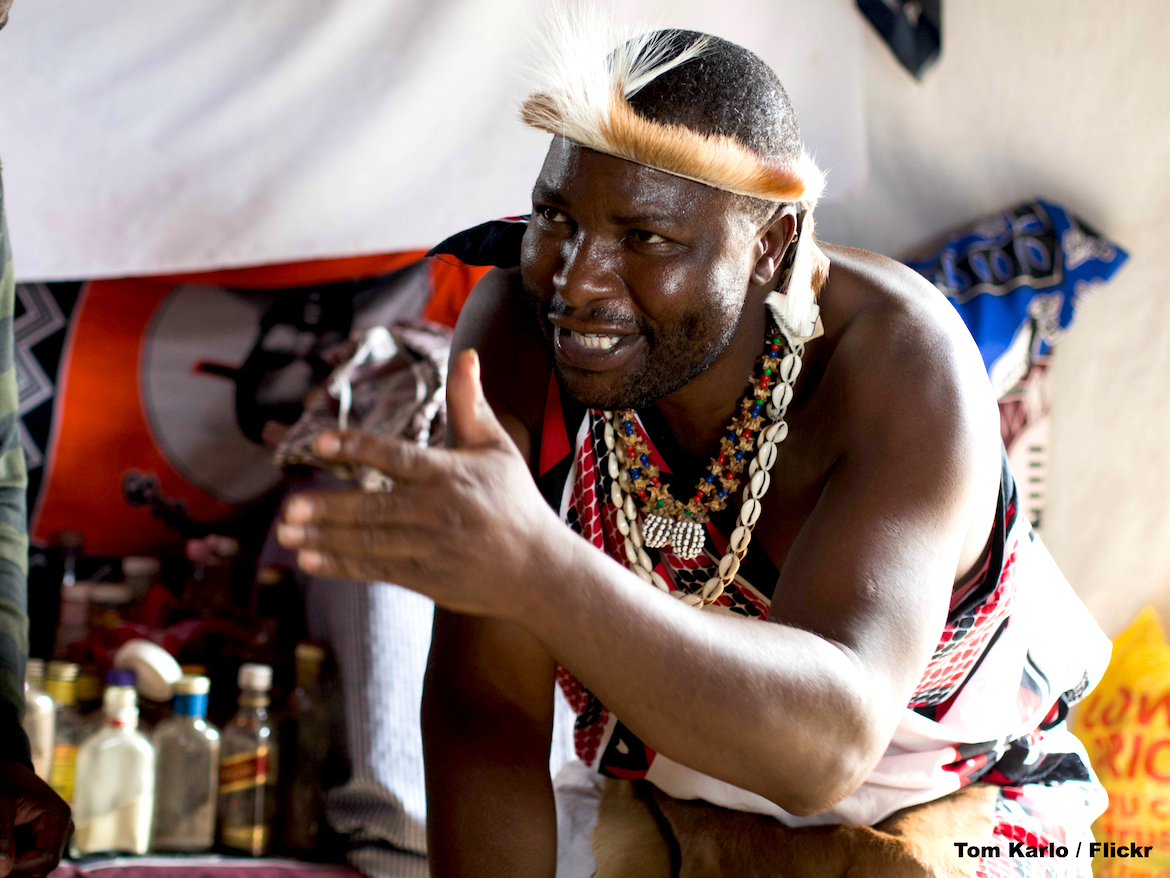 Officials and NGOs hope to work with healers, who thrive in remote areas, in order to reach underserved communities.

Ambondro, Madagascar – In Ambondro village in the remote south of Madagascar, it is said that the man whom people seek out to cure their sickness was trained by a ghost. Sixty-year-old Mbola Tohamana is a traditional healer and claims his potions and spells can treat diseases and psychiatric disorders – and even make people fall in love.

He is the sole inhabitant of a wooden house – a rare luxury in a region where many families cram a dozen people into one small living space. Inside, a brown and yellow tapestry emblazoned with depictions of butterflies and vines hangs across a wall. Pinned to it is a 2016 calendar and a weekly timetable. Tools, boxes and a bicycle are neatly stacked around a sizeable bed.

Sitting on the thatched floor, Mbola explains how the knowledge of his craft came to him. “In 1975, I fell sick,” he says. “I had to drink Zebu blood [the blood of the local humped cattle]. Soon after, a ghost came from the sea and taught me everything I know.”

Another 4,860 ghosts followed, Mbola says, and they always sit on his shoulders – even as he speaks. “I take them as gods, they guide me.” They are his counsel in healing and advise him on how to treat people, he says.

The National Department of Health has established an interim Traditional Health Practitioners’ Council to develop and manage knowledge of African traditional medicines. The department aims to publish a framework for regulating African traditional medicines by 2019.
MADAGASCAR
AFRICAN COUNTY – Southeast Africa
Madagascar (/ˌmædəˈɡæskər/ ; Malagasy: Madagasikara), officially the Republic of Madagascar (Malagasy: Repoblikan’i Madagasikara [republiˈkʲan madaɡasˈkʲarə̥]; French: République de Madagascar), and previously known as the Malagasy Republic, is an island country in the Indian Ocean, off the coast of Southeast Africa. The nation comprises the island of Madagascar (the fourth-largest island in the world), as well as numerous smaller peripheral islands. Following the prehistoric breakup of the supercontinent Gondwana, Madagascar split from the Indian peninsula around 88 million years ago, allowing native plants and animals to evolve in relative isolation. Consequently, Madagascar is a biodiversity hotspot; over 90% of its wildlife is found nowhere else on Earth. The island’s diverse ecosystems and unique wildlife are threatened by the encroachment of the rapidly growing human population and other environmental threats.

The first archaeological evidence for human foraging on Madagascar dates to 2000 BC. Human settlement of Madagascar occurred between 350 BC and AD 550 by Austronesian peoples arriving on outrigger canoes from Borneo. These were joined around AD 1000 by Bantu migrants crossing the Mozambique Channel from East Africa. Other groups continued to settle on Madagascar over time, each one making lasting contributions to Malagasy cultural life. The Malagasy ethnic group is often divided into 18 or more sub-groups of which the largest are the Merina of the central highlands.
More | Wikipedia