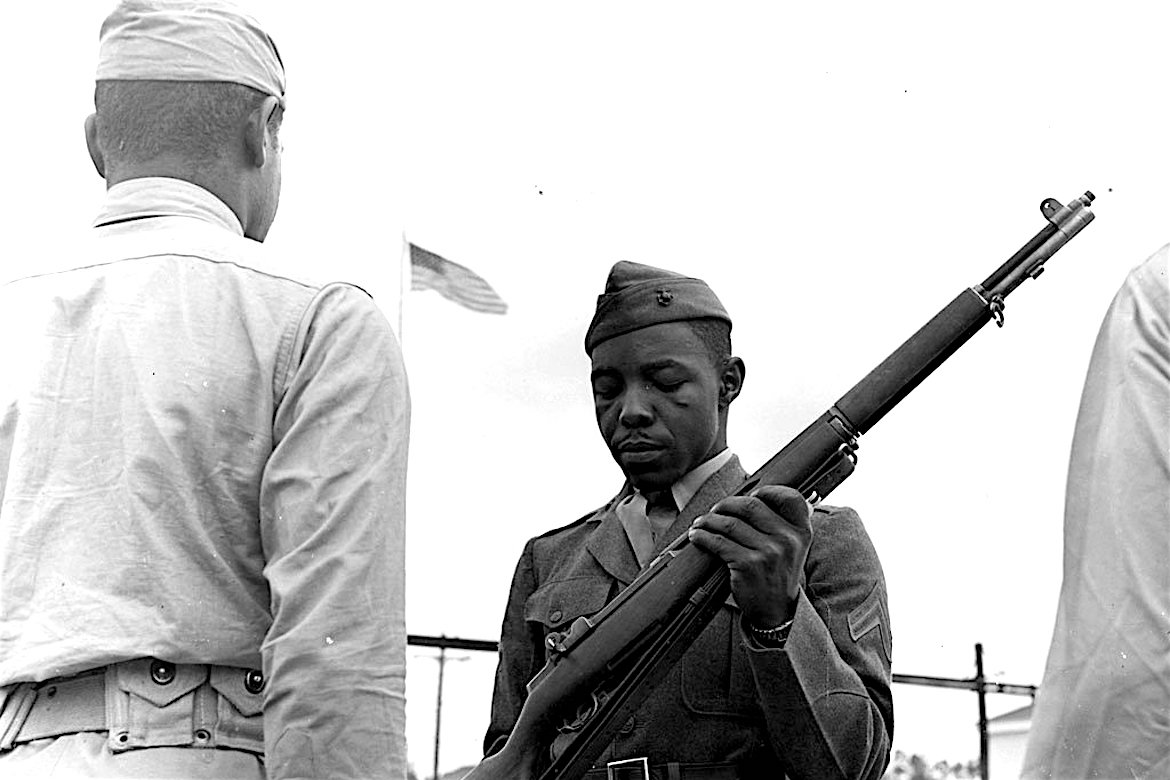 How African American Entrepreneurs Can Power the Economy

So said the U.S. Marine Corps’ 17th commandant, Gen. Thomas Holcomb, in May 1941 and then again in January 1942, one month after the attack on Pearl Harbor.

There would be “a definite loss of efficiency in the Marine Corps if we have to take Negroes.”

At the time, Holcomb and many senior officers at Headquarters Marine Corps stood in strong opposition to President Franklin D. Roosevelt’s 1941 executive order that established the Fair Employment Practices Commission, which opened the door to “full participation in the defense program by all persons regardless of color, race, creed or national origin.” Additionally, the order directed, “all departments of the government, including the Armed Forces,” to “lead the way in erasing discrimination over color or race.”

The Marine Corps would eventually succumb to political pressure from the White House and finally adhere to Roosevelt’s demands to start enlisting African Americans in June 1942.

May 9, 2012 – Atlanta: This is a group photo some of the original Montford Point Marines, African-Americans who integrated the corps in 1942. They were recognized recently for that legacy with the Congressional Gold Medal, which will be presented to them later this month or in early June. Special / John Brown

Montford Point Marines
MONTFORD POINT CAMP
U.S. MILITARY TRAINING FACILITY – Jacksonville, North Carolina
Approximately 20,000 African American recruits received training at Montford Point Camp (less than 10% of the Marine Corps end strength) during World War II. The initial intent of the Marine Corps hierarchy was to discharge these African American Marines after the War, returning them to civilian life – leaving the Marine Corps an all-white organization. Attitudes changed and reality took hold as the war progressed. Once given the chance to prove themselves, it became impossible to deny the fact that this new breed of Marine was just as capable as all other Marines regardless of race, color, creed or National origin.

Exceptional recruits were singled out to assist in the training of their own platoons. Mortimer A. Cox, Arnold R. Bostick, Edgar R. Davis, Jr., Gilbert H. “Hashmark” Johnson and Edgar R. Huff were selected for their leadership’ and maturity and became the First Black Drill Instructors. These first DI’s would join the staff to reinforce the training mission at Montford Point which was to develop African American Marines for support roles in the Corps, following their graduation.

On April 19, 1974, Montford Point Camp was renamed Camp Johnson, in honor of the late Sergeant Major, Gilbert H. “Hashmark” Johnson. Johnson was one of the first African American’s to join the Corps, a Distinguished Montford Point Drill Instructor and a Veteran of WWII and Korea. The Camp remains the only Marine Corps installation named in honor of an African American.
More | Montford Marines.com