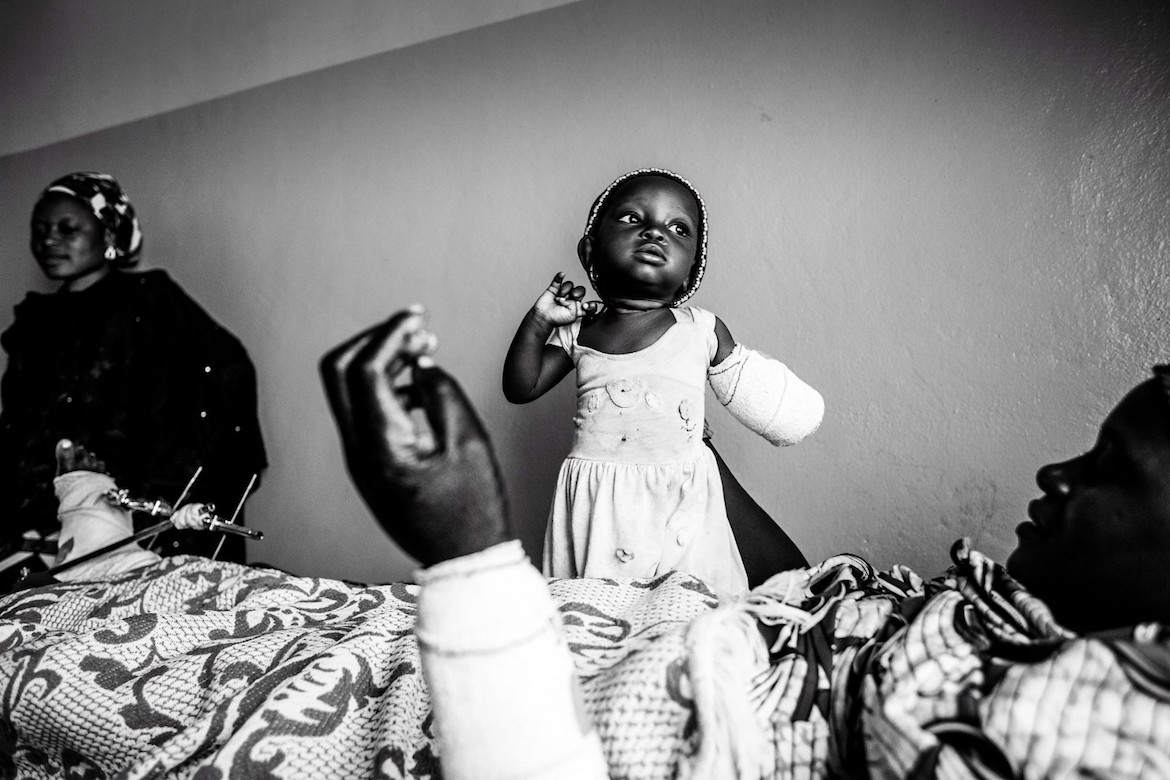 “I have never heard such fear and desperation. This is a new terrible.”

The people of northeast Nigeria are about as tough as they come. Their remote region is ground zero for many of the world’s most vexing problems, including an Islamic militant insurgency, crippling poverty, and the devastation wrought by climate change.

Now, the United Nations warns that the area may face a new calamity: famine.

People in the region “are used to coping with extreme hardship, exploiting every and any option they can to keep their families going,” U.N. Humanitarian Coordinator Stephen O’Brien told the U.N. Security Council on Wednesday. “But … this suffering has pushed them to the absolute limit ― it is unlike anything they have felt before.” He called it “a humanitarian catastrophe.”

The hunger crisis has been growing since militant group Boko Haram captured swaths of northeast Nigeria in 2014, crippling agriculture and the local economy and displacing more than 2 million people. The insurgency by Boko Haram extremists, who in recent years have killed more people in terror attacks than the Islamic State, has left more than 20,000 people dead.

Andy Spyra– Foreign Policy. He took the shots of the women at St. Theresa’s refugee Camp
BOKO HARAM
ISLAMIC EXTREMIST – Northeastern Nigeria
Boko Haram, referred to by themselves as al-Wilāyat al-Islāmiyya Gharb Afrīqiyyah (Arabic: الولاية الإسلامية غرب أفريقيا‎‎, (Islamic State West Africa Province, ISWAP), and Jamā’at Ahl as-Sunnah lid-Da’wah wa’l-Jihād (Arabic: جماعة أهل السنة للدعوة والجهاد‎‎, “Group of the People of Sunnah for Preaching and Jihad”), is an Islamic extremist group based in northeastern Nigeria, also active in Chad, Niger and northern Cameroon. The group’s leader is Abubakar Shekau. The group had alleged links to al-Qaeda, but in March 2015, it announced its allegiance to the Islamic State of Iraq and the Levant (ISIL). Since the current insurgency started in 2009, it has killed 20,000 and displaced 2.3 million from their homes and was ranked as the world’s deadliest terror group by the Global Terrorism Index in 2015.

After its founding in 2002, Boko Haram’s increasing radicalization led to a violent uprising in July 2009 in which its leader was summarily executed. Its unexpected resurgence, following a mass prison break in September 2010, was accompanied by increasingly sophisticated attacks, initially against soft targets, and progressing in 2011 to include suicide bombings of police buildings and the United Nations office in Abuja. The government’s establishment of a state of emergency at the beginning of 2012, extended in the following year to cover the entire northeast of Nigeria, led to an increase in both security force abuses and militant attacks.
More | Wikipedia