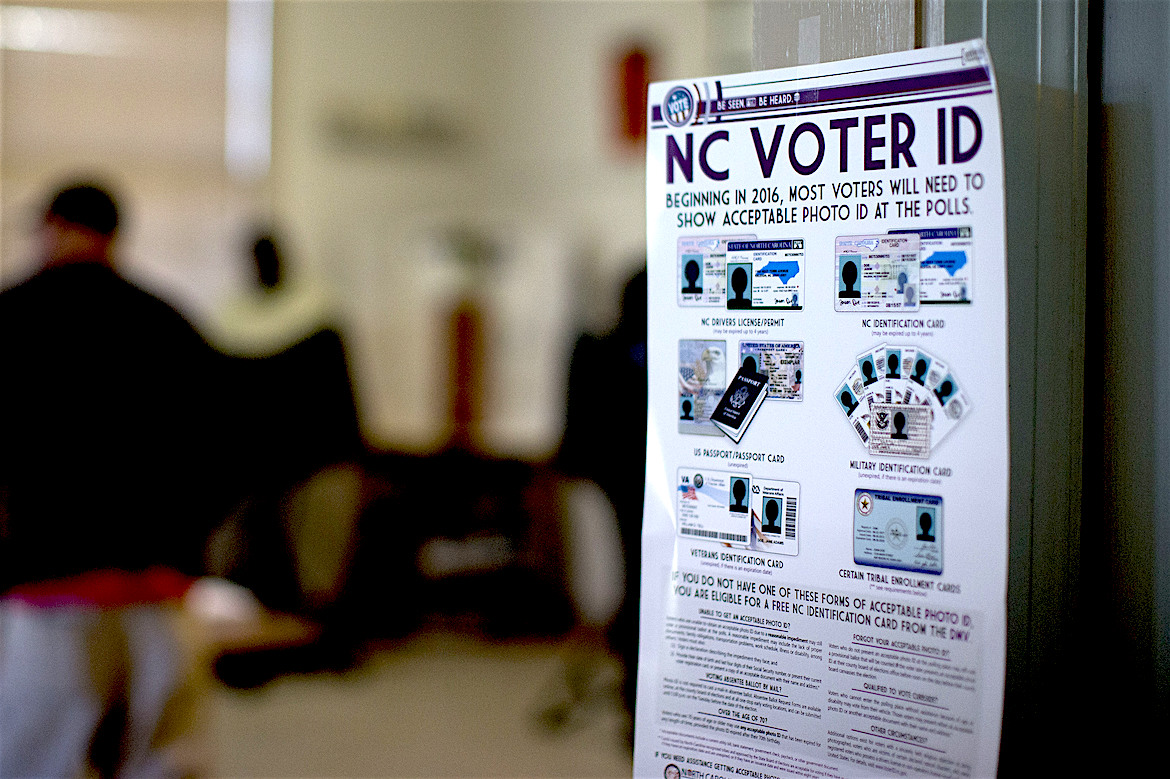 Medical Schools Must Play A Role in Addressing Racial Disparities

In The sweeping 83-page decision by a panel of the United States Court of Appeals for the Fourth Circuit upended voting procedures in a battleground state about three months before Election Day. That ruling and a second wide-ranging decision on Friday, in Wisconsin, continued a string of recent court opinions against restrictive voting laws that critics say were created solely to keep minority and other traditionally Democratic voters away from the polls.

The North Carolina ruling tossed out the state’s requirement that voters present photo identification at the polls and restored voters’ ability to register on Election Day, to register before reaching the 18-year-old voting age, and to cast early ballots, provisions the law had fully or partly eliminated.

This photo taken March 15, 2016, shows a NC Voter ID rules posted at the door of the voting station at the Alamance Fire Station in Greensboro, N.C. A federal appeals court on Friday, July 29, 2016, blocked a North Carolina law that required voters to produce photo identification and follow other rules disproportionately affecting minorities, finding that the law was intended to make it harder for blacks to vote in the presidential battleground state. (Andrew Krech/News Record via AP)
VOTING RIGHTS ACT OF 1965
U. S. FEDERAL LEGISLATION – Prohibits Racial Discrimination
The Voting Rights Act of 1965 is a landmark piece of federal legislation in the United States that prohibits racial discrimination in voting.[7][8] It was signed into law by President Lyndon B. Johnson during the height of the Civil Rights Movement on August 6, 1965, and Congress later amended the Act five times to expand its protections.[7] Designed to enforce the voting rights guaranteed by the Fourteenth and Fifteenth Amendments to the United States Constitution, the Act secured voting rights for racial minorities throughout the country, especially in the South. According to the U.S. Department of Justice, the Act is considered to be the most effective piece of civil rights legislation ever enacted in the country.
More | Wikipedia