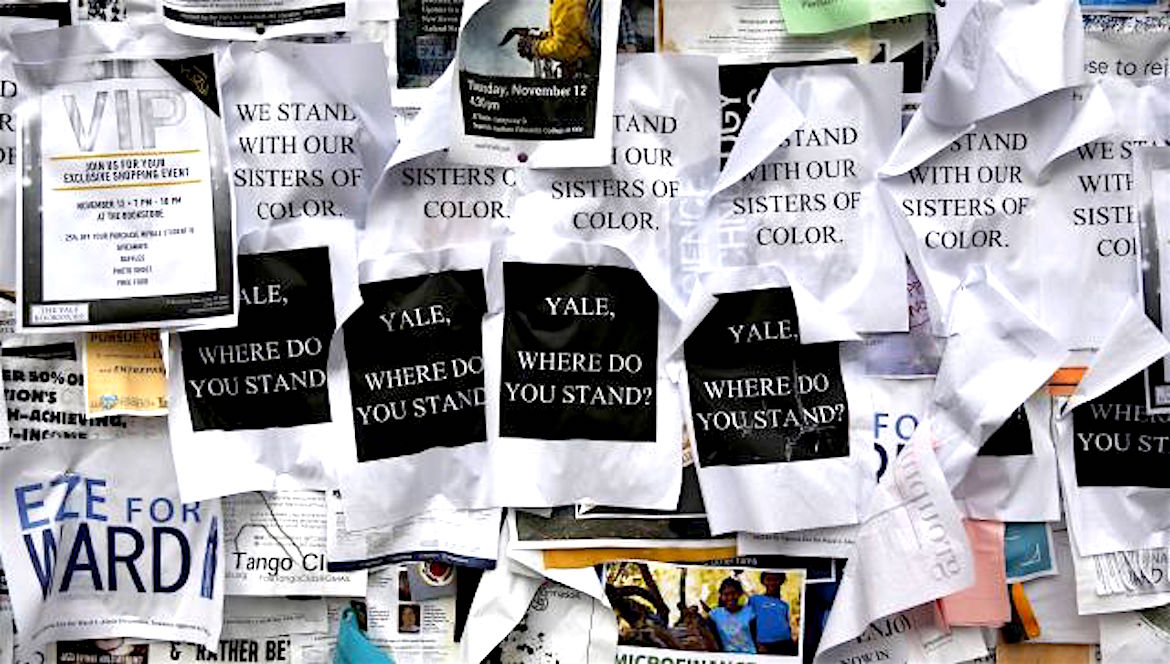 Voices: For Black Cops in America, A Twofold Burden

Corey Menafee, a Yale University employee, took a broomstick and smashed a stained-glass window depicting two slaves because, he said, he wanted to commit “civil disobedience” against the legacy of slavery.

But in destroying art, ironically, all he did was make it harder for people to learn about the evils of slavery.

Menafee, 38, was cleaning Calhoun College in June when he came across the window showing two slaves, a man and a woman, carrying cotton over their heads. “It’s 2016,” he told the New Haven Independent. “I shouldn’t have to come to work and see things like that. I just said, that thing’s coming down today.”

Police arrested Menafee on one misdemeanor and one felony charge (for endangering people walking below). He also lost his job.

YALE UNIVERSITY
AMERICAN UNIVERSITY – New Haven, Connecticut
Yale University is an American private Ivy League research university in New Haven, Connecticut. Founded in 1701 in Saybrook Colony as the Collegiate School, the University is the third-oldest institution of higher education in the United States. The school was renamed Yale College in 1718 in recognition of a gift from Elihu Yale, who was governor of the British East India Company. Established to train Congregationalist ministers in theology and sacred languages, by 1777 the school’s curriculum began to incorporate humanities and sciences. In the 19th century the school incorporated graduate and professional instruction, awarding the first Ph.D. in the United States in 1861 and organizing as a university in 1887.
More | Wikipedia