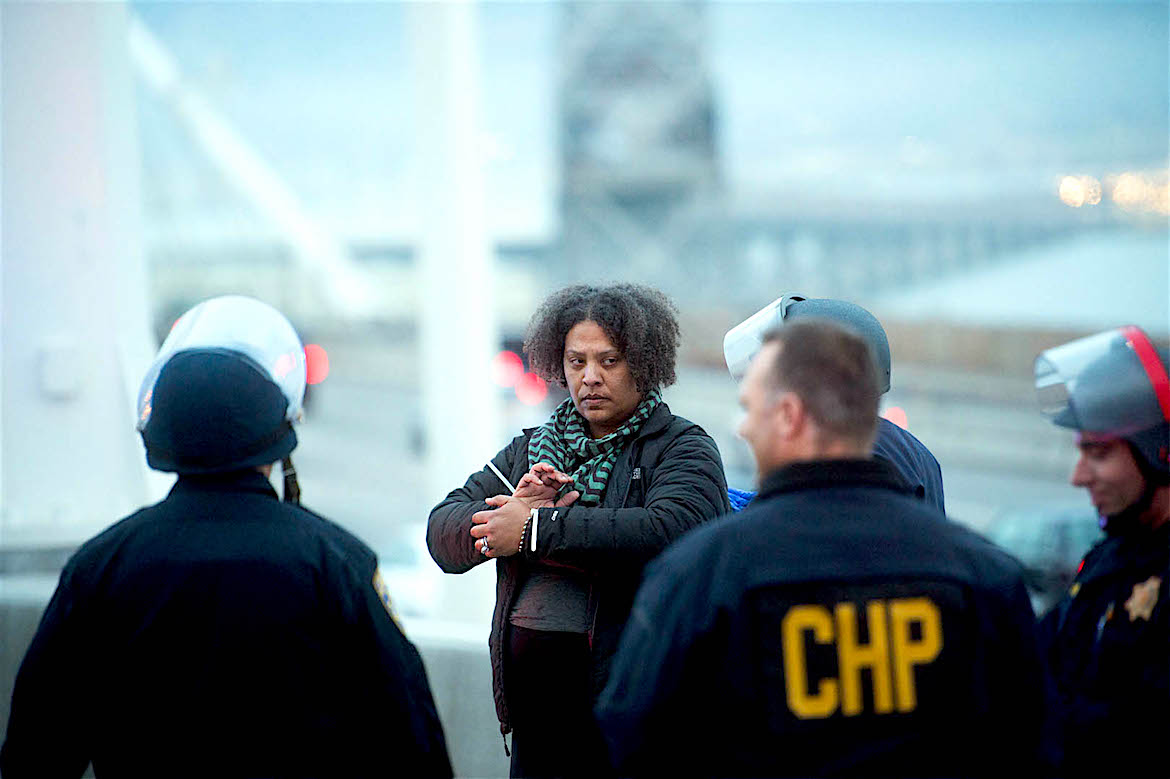 After activists protesting the death of Philando Castile left the governor’s mansion in St. Paul, Minn., on Saturday night, they marched through the city down Lexington Parkway and then onto the highway, across all eight lanes of traffic. There, some of them sat down, a provocative gesture of civil disobedience in the face of rushing commerce.

They were occupying a highway that, a half-century ago, was constructed at the expense of St. Paul’s historically black community. Interstate 94, like urban highways throughout the country, was built by erasing what had been black homes, dispersing their residents, severing their neighborhoods and separating them from whites who would pass through at high speed.

That history lends highways a dual significance as activists in many cities rally against unequal treatment of blacks: As scenes of protest, they are part of the oppression — if also the most disruptive places to call attention to it.

“If you can find a way to jam up a highway — literally have the city have a heart attack, blocking an artery — it causes people to stand up and pay attention,” said Nathan Connolly, a historian at Johns Hopkins University. “Highways still perform their historic role from a half-century ago. They help people move very easily across these elaborately segregated landscapes.”

California Highway Patrol officers detain a protester on the San Francisco-Oakland Bay Bridge, Monday, Jan. 18, 2016, in San Francisco. A group of protesters from the group Black Lives Matter caused the shutdown of one side of the bridge in a police-brutality protest tied to the Rev. Martin Luther King Jr. holiday. (AP Photo/Noah Berger)
SELMA TO MONTGOMERY MARCHES
CIVIL RIGHTS ACTION – Selma, Alabama – Montgomery, Alabama 1965
The three Selma to Montgomery marches in 1965 were part of the voting rights movement underway in Selma, Alabama. By highlighting racial injustice in the South, they contributed to passage that year of the Voting Rights Act, a landmark federal achievement of the Civil Rights Movement. Activists publicized the three protest marches to walk the 54-mile (87 km) highway from Selma to the Alabama state capital of Montgomery as showing the desire of African-American citizens to exercise their constitutional right to vote, in defiance of segregationist repression.

Southern state legislatures had passed and maintained a series of discriminatory requirements and practices that had disenfranchised most of the millions of African Americans across the South throughout the 20th century. The African-American group known as the Dallas County Voters League (DCVL) launched a voters registration campaign in Selma in 1963. Joined by organizers from the Student Nonviolent Coordinating Committee (SNCC), they began working that year in a renewed effort to register black voters.
More | Wikipedia