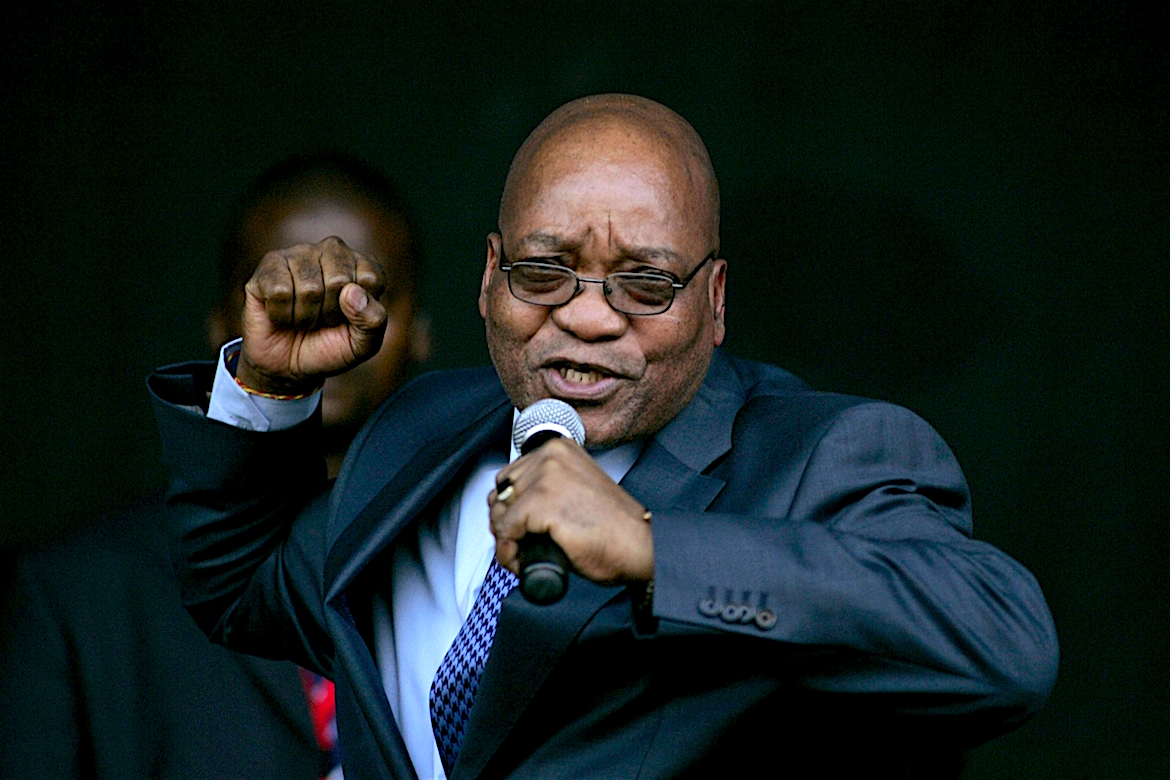 South Africa has passed a bill criticised by some opposition parties and farming groups that allows the compulsory purchase of land in the public interest.

The bill, approved by parliament on Thursday, will enable the state to pay for land at a value determined by a government adjudicator and then expropriate it for the “public interest”, ending the willing-buyer, willing-seller approach to land reform.

Jacob Zuma, leader of South Africa’s ruling African National Congress (ANC), sings for his supporters at the Pietermaritzburg high court outside Durban. (Reuters)
SOUTH AFRICA
REPUBLIC OF SOUTH AFRICA – Southernmost sovereign state in Africa
It is bounded on the south by 2,798 kilometres of coastline of Southern Africa stretching along the South Atlantic and Indian Oceans, on the north by the neighbouring countries of Namibia, Botswana and Zimbabwe, and on the east and northeast by Mozambique and Swaziland, and surrounding the kingdom of Lesotho. South Africa is the 25th-largest country in the world by land area, and with close to 53 million people, is the world’s 24th-most populous nation. It is the southernmost country on the mainland of the Old World or the Eastern Hemisphere. It is the only country that borders both the Atlantic Ocean and the Indian Ocean.
More | Wikipedia