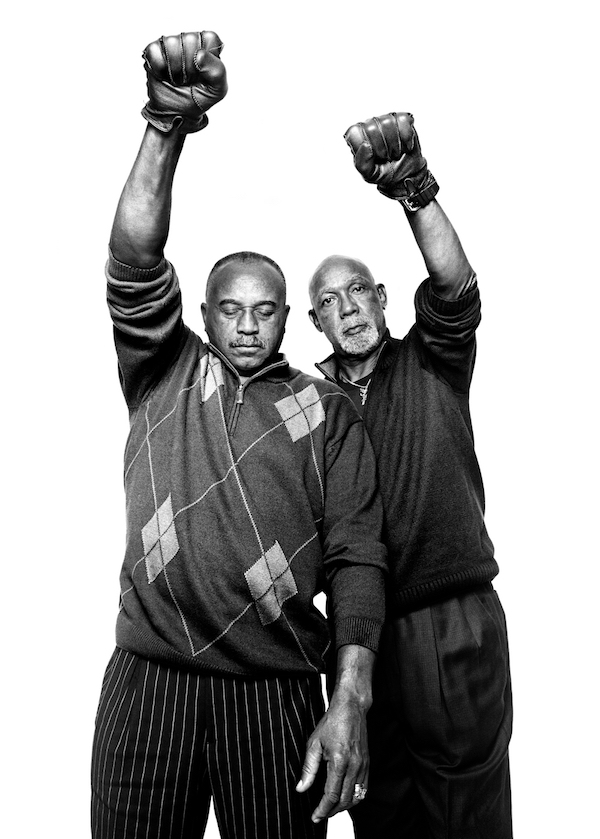 It remains one of the most enduring photos in sports photography: Tommie Smith and John Carlos, gold and bronze medals dangling over their penny numbers, eyes down, black-gloved fists thrust into the air.

Their Black Power salute at the 1968 Olympics in Mexico City is, to this day, one of the most famous — and visible — political statements in Olympic history.

Carlos was one of five African-American Olympic medalists to participate in a panel Monday night at the Heinz History Center after a showing of “The Renaissance Period of the African American in Sports,” a 2014 documentary that honors the nine African-American track and field medalists on the 1936 U.S. team in Berlin.

Racing under the shadow of the Third Reich in Germany after emerging from a legacy of segregation and discrimination in the United States, the nine men made an equally impactful, though slightly quieter, statement with their performance in Berlin. That group, which included celebrated track star and four-time gold medalist Jesse Owens, combined to win 13 medals.

All in all, the “Renaissance Nine,” as they are called in the documentary, walked away with eight of the 15 U.S. track and field gold medals at Berlin.

1968 SUMMER OLYMPICS
GAMES OF THE XIX OLYMPIAD, – Mexico City, MX
These were the first Olympic Games to be staged in Latin America and the first to be staged in a Spanish-speaking country. They were also the first Games to be held in a developing country (previously, all Olympic Games had been held in First World countries). They were also the first Games to use an all-weather (hard) track for track and field events instead of a traditional cinder track.

On October 16, 1968, black American sprinters Tommie Smith and John Carlos, the gold and bronze medalists in the men’s 200-meter race, took their places on the podium for the medal ceremony wearing black socks without shoes and civil rights badges, lowered their heads and each defiantly raised a black-gloved fist as the Star Spangled Banner was played in solidarity with the Black Freedom Movement in the United States. Both were members of the Olympic Project for Human Rights. Some people (particularly IOC president Avery Brundage) felt that a political statement had no place in the international forum of the Olympic Games. In an immediate response to their actions, Smith and Carlos were suspended from the U.S. team by Brundage and banned from the Olympic Village. Those who opposed the protest said the actions disgraced all Americans. Supporters, on the other hand, praised the men for their bravery.

Peter Norman, the Australian sprinter who came second in the 200 m race, also wore an Olympic Project for Human Rights badge during the medal ceremony. Norman was the one who suggested that Carlos and Smith wear one glove each. His actions resulted in him being ostracized by Australian media[11] and a reprimand by his country’s Olympic authorities, who did not send him or any other male sprinters at all to the 1972 games (despite easily making the qualifying time).[12] When Australia hosted the 2000 Summer Olympics, he was not invited to join other Australian medallists at the opening ceremony. In 2006, after Norman died of a heart attack, Smith and Carlos were pallbearers at Norman’s funeral.
More | Wikipedia